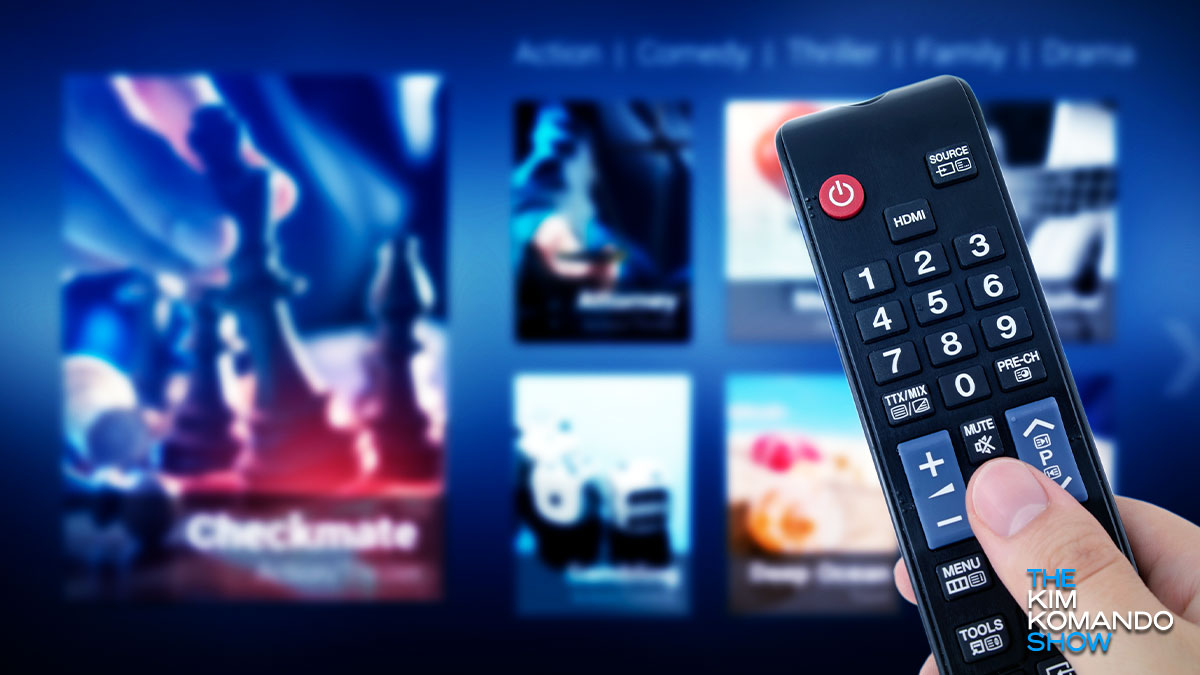 Whether or not you’ve cut the cord, you can’t deny streaming services’ popularity. Hollywood productions are going straight to streaming alongside theater releases. Thanks to the streaming boom, television shows have higher production values and budgets than ever before.

Streaming services have a global audience, and their content differs from one region to another. When a title leaves one area, it may be found in another. In some cases, you may be able to watch a show or movie in one region exclusively. Tap or click here to unlock international Netflix and watch whatever you want.

Looking for something good to watch? With so many titles to choose from, this can be a difficult task. That’s why Kim Komando put together a list of her five favorite streaming shows for you to check out.

“Yellowstone” features the Dutton family, owners of the largest ranch in Montana. “1883” serves as a prequel to that production, following the Duttons as they travel from Tennessee across the Great Plains to Montana, where they would eventually settle and open their ranch. They flee poverty in hopes of finding success out west, but they must contend with danger along the way.

Real-life couple Tim McGraw and Faith Hill star alongside Sam Elliott. “1883” is available for streaming on Paramount+. The show premiered on Dec. 21, 2021, and is currently in its first season.

If you like Western drama, watch “Yellowstone” to see where the Duttons ended up following the events of “1883.” The family runs the largest ranch in the U.S. They face conflict in the form of the nearby Broken Rock Indian Reservation, the state of Montana, the first national park and land developers, all of which serve as a threat to the ranch’s borders.

“Yellowstone” stars Kevin Costner, Wes Bentley, Kelly Reilly and Luke Grimes. The show premiered on June 20, 2018, and recently wrapped up its fourth season. You can catch the first three seasons on Peacock and the fourth season on Paramount+.

“The Dropout” follows Elizabeth Holmes and the Theranos scandal, in which the young entrepreneur raised hundreds of millions of dollars for a biotechnology company that was built on lies.

“Amanda Seyfried is fabulous as Holmes,” Kim says, “giving a new perspective on how this woman was able to swindle so many people.”

Naveen Andrews stars alongside Seyfried. “The Dropout” premiered on March 3, 2022, and the miniseries will run for eight episodes. You can stream it right now on Hulu.

While we’re on the subject of real-life con artists, there’s “Inventing Anna.” The show tells the story of Anna Delvey, the Instagram-famous heiress who charmed wealthy New Yorkers and institutions out of hundreds of thousands of dollars. “Julia Garner nails Anna Delvey’s fake accent,” Kim says.

“Inventing Anna” also stars Anna Chlumsky and Arian Moayed. The limited series premiered in its entirety on Feb. 11, 2022, and you can catch it on Netflix.

While not a new show, “Entourage” is a critically acclaimed show that you can still enjoy today. It’s based on Mark Wahlberg and his climb to Hollywood fame. Adrian Grenier, Kevin Connolly, Kevin Dillon, Jerry Ferrara and Jeremy Piven are part of an ensemble cast.

Have any series you love? Let Kim know at Twitter.com/KimKomando.

Time-saving secret every smart TV user should turn on now