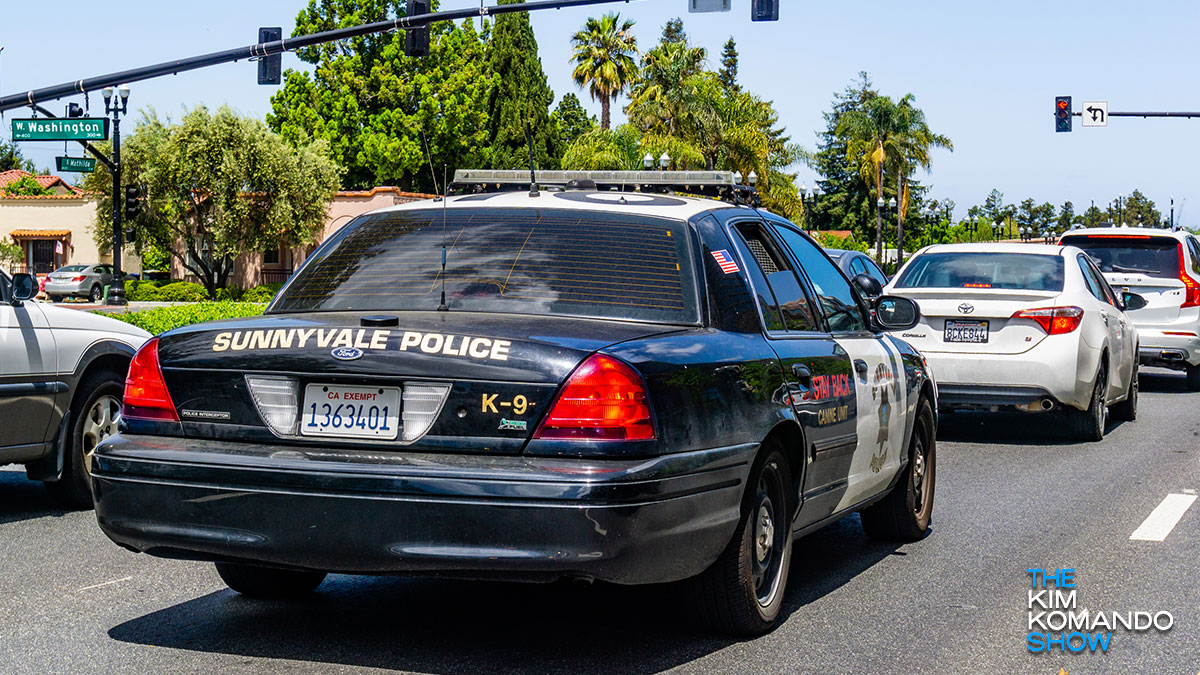 Surveillance tech isn’t just science fiction anymore — it’s everywhere! From traffic cameras above intersections to facial recognition systems, it’s becoming increasingly hard to live a private life with so many digital eyes all over the place.

Coincidentally, the rise of COVID-19 may have slowed down the rollout of facial recognition tech around the world. After all, it’s pretty difficult for a camera to read your face if you have a mask on. Tap or click here to see how to make your own mask at home.

But drivers on the road, beware: There’s new surveillance tech coming for your car! A company that develops license plate-scanning technology has announced it’s partnered with law enforcement in hundreds of cities across America. And soon, police will be able to track your car wherever it goes — even across state lines.

Flock Safety, a surveillance tech manufacturer, announced this week that it would be bringing its new license plate-scanning system to law enforcement services nationwide.

Dubbed TALON (short for the Total Analytics Law Officers Network), the system connects 400 separate agencies currently using cameras developed by Flock Safety into a single network capable of sharing data across state lines. This allows law enforcement to piece together information about vehicles scanned by these cameras no matter where they go.

As of right now, Flock has cameras present in more than 700 cities across the U.S. Connecting them all via TALON turns these cameras into a sort of digital “dragnet” that targets vehicles rather than people.

In a way, this technology works a lot like facial recognition. After one of Flock’s cameras scans a plate, it compares the number with databases of registered vehicles. When it finds a match, this data is then retrieved and sent to law enforcement for use in investigations.

Tap or click here to see the app that can identify you by nothing more than a scan of your face from a photo.

As with any surveillance technology, there are concerns that the spying powers provided by license plate-scanners will be abused.

How will this technology change the way we drive?

On its face, a national network of plate readers actually sounds like it would be beneficial towards mitigating crime. Car thieves would have nowhere safe they could drive to, as their location would constantly be shared every time they pass in front of a Flock camera (providing the license plate is flagged as stolen).

In addition, this kind of technology means that police officers could track criminals remotely without having to pursue. Add in a few years of development, and you could effectively eliminate police chases.

On the other hand, though, the vast scope of surveillance powers provided by TALON reveals several uncomfortable truths. In the wrong hands, this technology could be used to spy on and track citizens. And to make matters worse, a misidentified plate could lead law enforcement to apprehend an innocent person.

In fact, this exact scenario happened in Aurora, Colorado. A faulty plate scanner flagged an innocent person’s vehicle as stolen, which led to a police standoff where the driver and their family were held at gunpoint despite zero wrongdoing.

Of course, there isn’t a way to opt out and avoiding cameras can be incredibly difficult if they’re well hidden.

The best course of action to reduce the presence of this tech in our cities? Get involved in local debates, and let your elected officials know your concerns. These measures are typically only adopted after they’re voted on and signed into law. If you’re paying attention, let others know so they can voice their opinions as well.

In the end, knowledge is always more powerful than any surveillance tech.