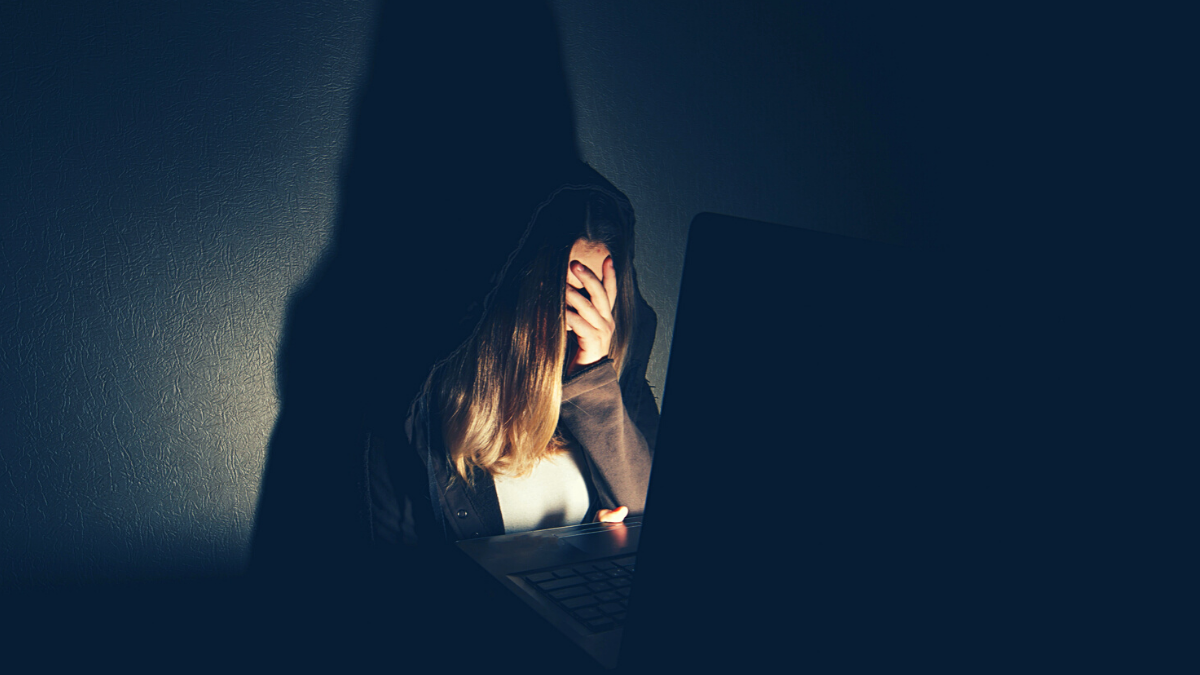 With today’s technology, it’s easier than ever before to stalk someone. Total strangers could sneak a tracking device into your bag when you’re not looking. Just like that, they know where you live.

You can use tools like GPS bug sweepers to pinpoint the exact location of hidden trackers. But sadly, there are a ton of other threats you need to watch out for. If you catch a stalker’s attention, they could track your every move without any expensive gadgets.

Crafty stalkers can use online databases, third-party tracking apps and social media to keep a close eye on their targets. Tap or click here to protect your social media accounts from privacy invasions. Unfortunately, though, this might be too little too late if you’ve already attracted an obsessive stranger determined to hurt you.

If you don’t act quickly, they could try to hurt your family, too

Modern stalkers have so many more options than the creeps of yesteryear, who were easier to spot. Back in the day, stalkers could physically follow you, send letters or call you. Since smartphones weren’t around back then, stalkers didn’t have the option to install spyware on your phone, which gives them 24/7 access to your life.

And when someone has that much information on you, they can wield that power like a weapon. They can even damage what should be one of the best times of your life. We dived deep, and I mean deep, into that on my podcast, Kim Komando Explains.

A mother named Dana called my national radio show asking for help. A mysterious stranger was harassing her daughter day in and day out.

It was so disturbing. Dana’s daughter is a freshman in college who should have been out and about, enjoying the summer and having the time of her life. Instead, she was afraid to leave the house because no matter where she went, unknown numbers sent her threatening text messages.

Although she deleted her social media accounts to throw off the stalker, the harassment continued. She created replacement accounts with completely new usernames. Still, the stalker popped up like a weed, threatening her privacy wherever she went.

No matter what she did, the creep was there, watching her every move. Not only that, but the person took the harassment a step further by publishing Dana’s number and her daughter’s number — both of which were unlisted.

“They know what time we eat dinner, our workplaces, and schedule,” Dana said. “This person asked me via Instagram to exchange Facebook addresses, which I ignored. They asked me to click on their Facebook address link. I stupidly did and it took me to the opening of a Facebook account blank page.”

CHECK THIS OUT: How to tell if someone is bugging or tracking you

Almost immediately, the stalker posted Dana’s phone number on dating sites. Soon, her cellphone was full of calls from strange men. She reached out to the police, who issued a warrant to Snapchat and Instagram to track down the stalker.

Sadly, though, that process can take a long time. When someone’s threatening you, you can’t wait. I knew I had to act quickly to help out Dana’s family.

I called up the best in the business

I reached out to Ricoh Danielson, a cybersecurity expert who says stalkerware is becoming rampant. “It’s going to become one of the bigger topics in cybersecurity and people need to know how to combat this,” he says. “Professionals like us are becoming inundated.”

He says that if you’re in Dana’s daughter’s position, there are many steps you can take.

“Preserve every bit you can,” Danielson says. “Even just saving incidents on a Word document or taking screenshots. You need to start crafting a narrative: ‘On this day I took screenshots and here’s what happened.'”

Take note of each time your stalker harassed you. Write down dates, times and what was said. Try to add as many details as possible.

At that point, start changing your passwords and implement multi-factor authentication on every account you can. At the bare minimum, that will hold off entry-level hackers.

You’re basically trying to collect all the evidence of wrongdoing, Danielson says. “Imagine a piece of evidence. What you do is you say ‘On this date, this time, this location, I’m preserving and putting this evidence aside,'” Danielson says. “On top of that, you can do backups of your phone. I also recommend cloud backups. If you have an iPhone, you can do iMessage backups, too.”

2. Contact the police department and file an incident report or a full-blown police report

“That’s an important starting point,” Danielson says. This record lets police know what’s going on. The last thing you want is to go to them too late when your stalker is threatening your life.

Just don’t expect results immediately. Going to the police is a critical first step, but remember that many law enforcement officers don’t have the technical skillset or training to understand this issue. You need to file a report so officials know what’s going on — but to stop the problem as soon as possible, your next step is to turn to the private market.

3. Look up private investigators and experts in cybersecurity or digital forensics

They can analyze your phones and provide a ton of help many officers might not be able to. Just know that they’re incredibly busy and there aren’t enough cybersecurity experts to go around. When I spoke with Ricoh, he said five phones arrived on that day alone.

You can also ask them to clone your phone. Don’t do this yourself because that might compromise your integrity. “Get help from a professional. If you do it yourself and send it to law enforcement, they’ll ask how it was done,” Danielson says. “Everything needs to be done reputably. That means it can’t be disputed.”

He’s seen people go to law enforcement for help, trying to document this issue. When they turn in their phone, they tell the cops they already wiped their phones. As a result, there’s no way for the cops to ensure the data wasn’t manufactured.

Just watch out for cybersecurity experts overcharging you. Danielson’s seen people charge $40,000 for what should have been a $4,000 job. One good way to recognize foul play is by asking for a resume.

They can redact the name and cell phone number, but any expert in this field will have a CV to provide, Danielson says. This is a great way to weed out people who might be overblowing their qualifications — and overcharging you, on top of that.

This is a big mistake Danielson sees all the time. If you keep up consistent communication with the creep harassing you, that’s just encouraging them. Even worse, it could compromise your case in the eyes of law enforcement.

“If you’re going to continue the conversations, you’re setting a precedent that everything’s OK,” Danielson says. If a detective shows up, and they ask when the last time you talked to them was, it won’t look good if you say you’ve been communicating with the stalker for six months.

According to Arizona law, your stalker now knows that what they’re doing is unacceptable. Laws may vary across the U.S., but this is a surefire sign you’ve notified the stalker that they need to stop ASAP. If they continue, they’re admitting that they know they’re harassing you. That makes your case stronger.

Listen to this podcast episode to find out what happened

Remember the case I told you about earlier? I have the full story on my podcast, Kim Komando Explains. Hear from Dana and Ricoh, and find out how this frightening tale ends.