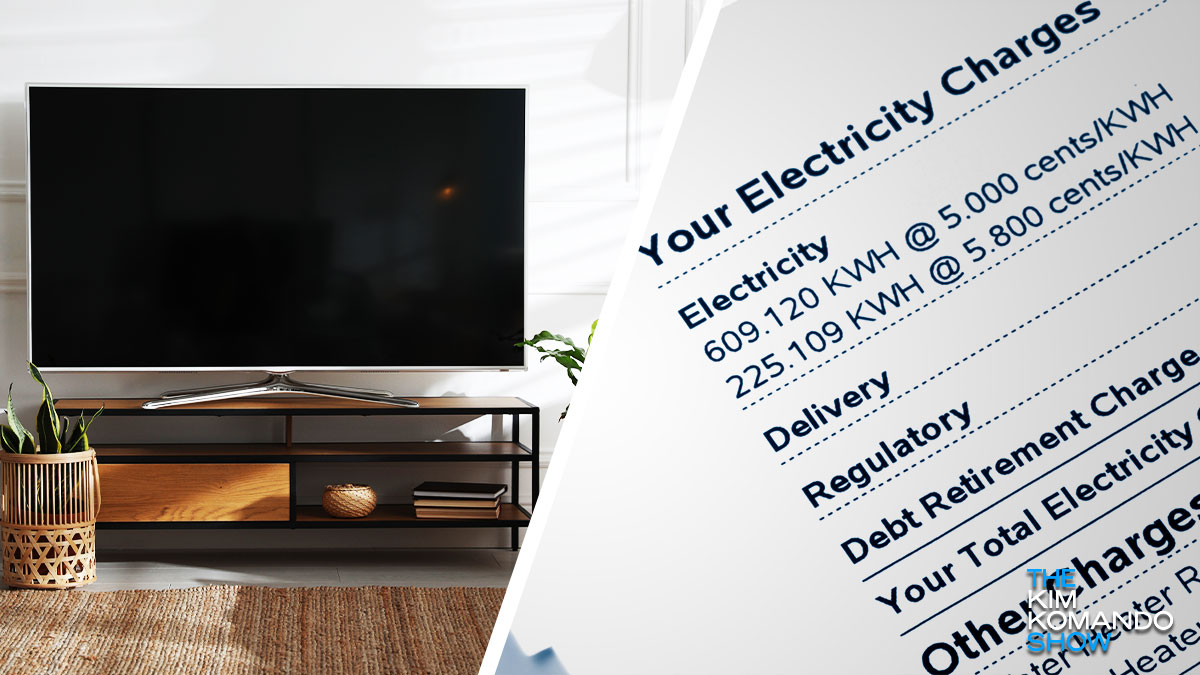 Most electronic devices have some form of standby mode. This probably makes you wonder if your smart assistants are always listening? The short answer is yes. Tap or click here to stop all your smart devices from listening to you and recording what you say.

Did you know that your television also has standby mode? Most modern models do. But is your TV using electricity while in standby mode?

Keep reading for the definitive answer, along with ways to lower your monthly electric bill.

Televisions and other gadgets have power lights for more reasons than you might realize. Sure, they are there to let you know that it’s plugged in. But it is also to indicate that the TV has been put in standby mode.

By not fully powering down, your TV is always ready to turn on quickly. Most smart televisions have a long startup sequence, and it could take a while for everything to load. In standby mode, it is ready to perform at the flick of a switch.

If it didn’t have this feature, you wouldn’t be able to use Alexa or Google Home to wake it up with your voice. But is it worth keeping your TV on standby, or should you unplug it? Well, that depends on how you look at it.

How to save money on your electric bill

It’s clear from the calculations that standby mode uses a fraction of the operational power. That is all fine and well, but it must be put into dollars and cents. Using a TV in an average way costs you about $16 a year in electricity.

Doing the math on electricity costs and the power usage when in standby mode, you can add $3.94 per year for every 24 hours to your bill. That’s not a lot extra.

You could try to work it out for yourself, but thankfully, you don’t have to, as there are many online tools to help. One of them is the Appliance Energy Calculator from the U.S. Department of Energy. You can use the tool to see a device’s energy use and the relative cost of running it over a year. Just tap or click here to check it out.

Signs you’re being overcharged for your wireless bill