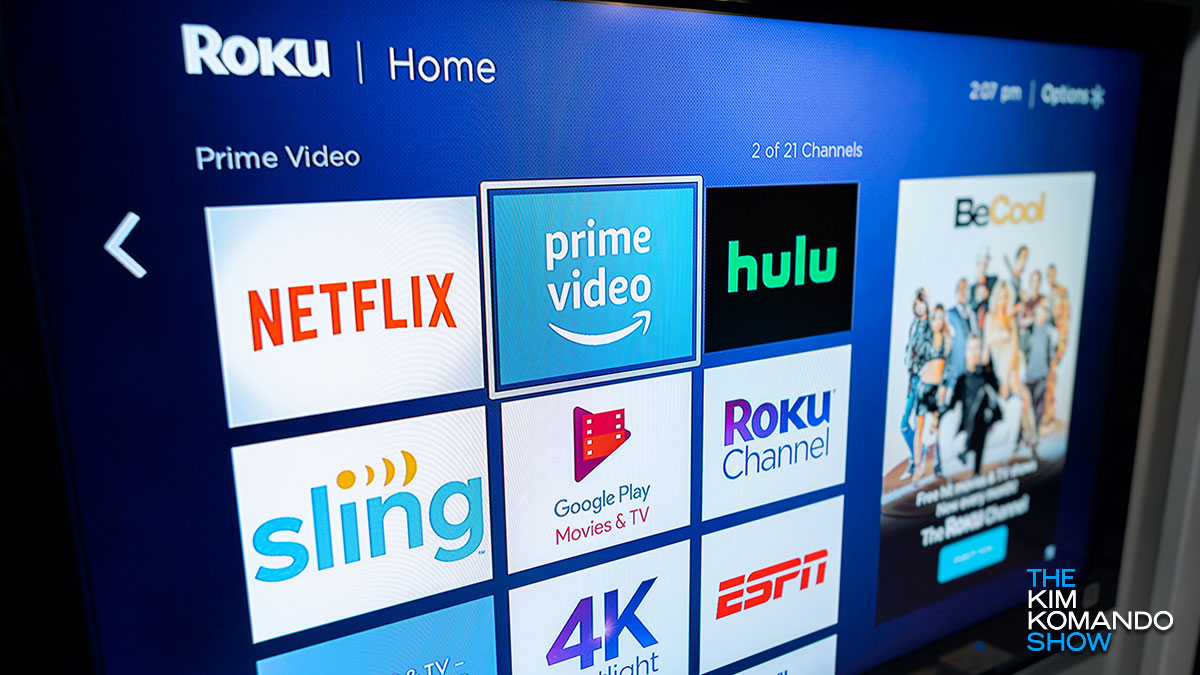 Video and music streaming services have skyrocketed in popularity over the last few years. The onset of the pandemic and subsequent lockdowns further increased the user bases of many platforms.

Netflix, the most popular paid-for streaming service by a long shot, added 4 million new subscribers so far in 2021, bringing its total viewers to 208 million. For the same period last year, the platform added 16 million new subscribers. Tap or click here for YouTube tricks and tips you’ll wish you knew sooner.

Free services like YouTube remained steady, but its YouTube TV streaming service is in direct competition with Netflix. So much so that the company now risks being booted off Roku for overreaching its stature in the market.

YouTube TV is a separate service to the freely available YouTube that most people know. It is a paid-for streaming service that offers live TV, on-demand video and cloud-based DVR.

It features content for 85 television networks and is directly controlled by Alphabet subsidiary Google. The service’s most notable broadcasts include the World Series and serving as presenting partner to the NBA Finals.

YouTube TV is available on several smart televisions and streaming devices like Chromecast, Amazon Fire, and of course Roku.

But Roku is threatening to remove YouTube TV from its platform for what it calls anti-competitive demands. With many other services available on Roku, YouTube TV has allegedly demanded preferential treatment.

Roku doesn’t take kindly to hostile movements and issued a statement to customers about the potential removal of YouTube TV from its devices.

Why is this bad?

Among the raft of demands from Google, the company allegedly wanted Roku to manipulate search results in favor of YouTube content and block search results from other streaming services.

It is alleged that Google wanted Roku to use different chips or memory cards to increase the Roku subscription fee ultimately. For music streaming, Roku claims that Google asked to favor YouTube Music results from voice commands.

Responding to the allegations, YouTube called them “baseless.” In a statement, it said: “We have been working with Roku in good faith to reach an agreement that benefits our viewers and their customers. We’re disappointed that they chose to make baseless claims while we continue our ongoing negotiations.”

What are your options?

Negotiations are still underway, so at this stage, it isn’t clear if the companies will come to an agreement. If YouTube TV is removed from Roku, what are your other options?

YouTube TV will still be available on Chromecast, Nvidia Shield, Amazon Fire TV devices and Apple TV. The app is also available on the Xbox and PlayStation gaming consoles and Android and iOS devices.

If you own an LG, Samsung, Vizio, Hisense, Sharp or Walton smart TV, you can continue watching YouTube TV content on those.

So long, Google Play Music – Your guide to YouTube Music