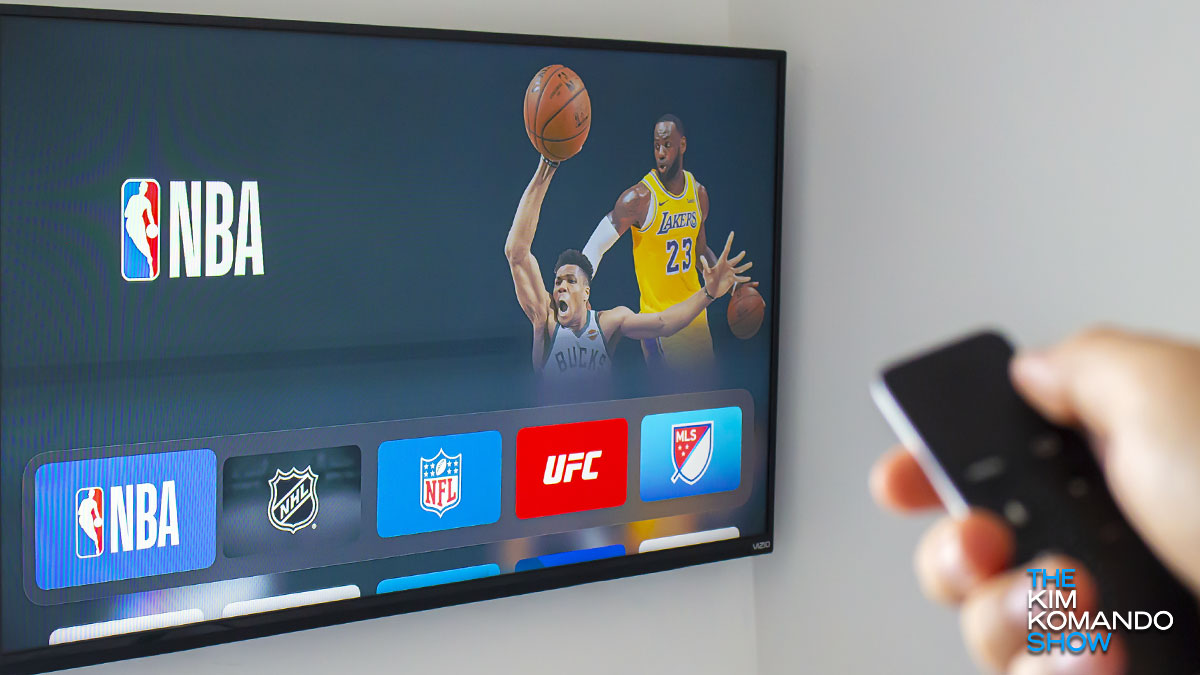 After months of being home more often than ever, it sure would be nice to be able to get back outside and enjoy some of the simple things in life. Wouldn’t it be great to actually go see your favorite band playing live or even just a movie again?

Unfortunately, there’s no telling exactly when some of the things we used to take for granted will be safe to take part in again. COVID-19 doesn’t appear to be letting up. In fact, depending on where you live it’s spiking again. Tap or click to see a real-time COVID map that calculates the risks where you live.

It’s not all doom and gloom though. Professional sports are about to get back into full swing, beginning with baseball this week, and you can catch all the action through livestreaming. Even better, if you’re a baseball fan, keep reading to find out how you can watch every game of the entire season for free!

Finally, we have some games to look forward to

Among the many adjustments we’ve all had to make this year, one is not being able to watch sports. That hasn’t been an option of late since most sporting events shut down back in March.

You may also like: Disney World reopens and you have to see its creepy welcome back video

Thankfully, pro sports are on track to resume starting this week. The Major League Baseball season will finally get underway on Thursday, July 23 with two games in the national spotlight on Opening Day. Friday, July 24 will have an entire slate of MLB games to choose from.

There’s also good news for basketball fans as the NBA season is about to resume, but this is a little different. Only 22 of the 30 NBA teams will restart their seasons, and each will play 8 more regular-season games as a final push to the playoffs.

Two regular-season games are scheduled for Thursday, July 30. There will be a handful of games each day after that until the regular season concludes on Friday, August 14. The playoffs will begin a couple of days later. Fingers crossed!

As for football fans, things are still up in the air. NFL owners and players are still negotiating on how many, if any, preseason games will be played. The regular season is set to kick off Thursday, September 10 with one matchup and a full slate of games Sunday, September 13.

Hockey isn’t messing around at all. The NHL canceled the remainder of its regular season and is coming back strong by jumping right into its playoff schedule. This will be an expanded playoff run as 24 of the 31 teams will participate in the 2020 Stanley Cup Playoffs. The puck drops Saturday, August 1.

How to livestream professional sports

Since you’ve been craving sports for months now, you probably want to know just how to binge as many games as possible when the action resumes. The best way to catch all the action is by signing up for a streaming package for each league that you’re interested in.

Here’s a quick overview of each pro league’s package options.

MLB is back in a big way and you can catch all the action with mlb.tv. With this option, you can stream every game live or on-demand. You probably know by now that this season will be different from others as each team will only play 60 games instead of the usual 162. Since there are fewer games, package pricing has been adjusted and won’t cost as much as a typical season.

You can stream mlb.tv through a number of devices including iOS, Android, Roku, Apple TV, Android TV, Amazon Fire TV, Chromecast, PS4, Xbox One and Samsung smart TVs. There are a few package options to choose from.

RELATED: Streaming device comparison: find the right device for you

First, you can get the full season for every team and watch every out-of-market that isn’t blacked out in your area. That will cost you $59.99. Or, you can pay for a monthly subscription at a rate of $24.99 per month. Another option is to select your favorite team and pay to watch all of its out-of-market games. That will run you $49.99 for the entire season.

But, here’s the best deal of all from our sponsor T-Mobile. Now through August 3, T-Mobile and Sprint customers can score a free season of mlb.tv — plus a one-year subscription to “The Athletic” through its T-Mobile Tuesdays promotion.

T-Mobile Tuesdays is an app for Android and iOS that gives you great offers and the chance to win prizes. Every week, you can get free stuff and great deals from brands you love including Pizza Hut, Walgreens, Adidas and more just for being a T-Mobile customer. Tap or click here for details.

The NBA offers similar subscriptions to what you will find for MLB. However, since there are only eight regular-season games for the remaining teams you might not want to pay for a package this year.

Blackout rules apply to NBA League Pass, too. Which means games shown on national or local TV channels won’t be available through your subscription. When the NBA Playoffs begin, all of those games will be broadcast on either ABC, ESPN, NBA TV or TNT.

As for the NFL, DirecTV has exclusive rights when it comes to the NFL Sunday Ticket. This is the NFL’s subscription that you can purchase to watch all out-of-market games live.

However, if you live in an apartment, condo, or area where DirecTV isn’t available you can get NFL Sunday Ticket via streaming. To begin, click here and enter your home address to see if you’re eligible.

If you qualify there are two packages to choose from. First, you can get the basic package for about $294 for the entire season. Or, you can get the Max package, which includes the Red Zone Channel and a few other perks for about $396 for the season.

As we mentioned earlier, the NHL is jumping right into the playoffs when it returns August 1. The format is going to be a little different than normal as the first round of the playoffs is a “qualifying” round. You can get a subscription to nhl.tv here for just $4.99 and watch all of the qualifying games. Blackout restrictions apply.

With a subscription, you can stream games live and on-demand from your compatible computer, phone, tablet, or connected TV device. And, you can listen to your favorite play-by-play announcers by choosing between the home or away broadcast. Nice!

The moment we’ve been waiting oh so long for is finally here: live sports! Get yourself one or all of these subscription options and don’t miss out on any of the action. There’s no guarantee how long it will last but at least we have something cool to look forward to, for now.