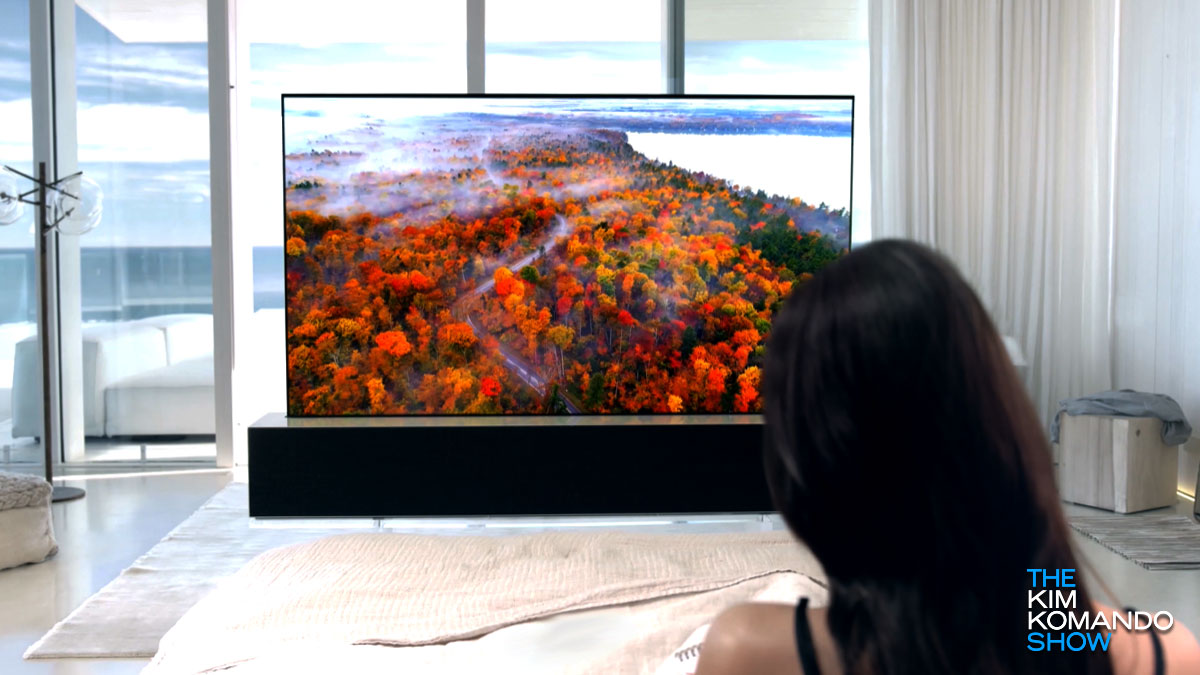 A true once in a blue moon technological gem hit the scene at CES back in 2018: a prototype TV from LG with a screen that could roll out of a floor cabinet like a piece of paper. Tap or click here for CES 2021: 5 show-stopping smart home tech innovations.

Three and a half years later, this 65-inch rollable TV isn’t a prototype anymore, and you can order your own LG Signature OLED R right now. The focus has shifted from the marvel of a new type of technology, though, and now all anyone is talking about is its $100,000 price tag.

Make no mistake, that’s a lot of money. But when you put it into perspective, is it really that outlandish?

The world’s first (and so far only) rollable TV

Over the past several years, TVs have become bigger and brighter while also getting thinner and more lightweight. Smart TVs today are more intuitive and can serve as more — to display photo slideshows or works of art and connect with your other smart home tech.

Yet, at the end of the day, it’s still just something hanging on a wall. But this LG TV truly does feel different.

First, let’s take a closer look at the LG Signature OLED R and what makes it tick. Here are the highlights:

There are so many other specs and features (which you can read more about here), but when it comes down to it, this is about LG transforming what we’ve always known about and expected from TVs into something completely different.

I recently had the opportunity to see this TV up close … well, virtually. LG Electronics USA Head of Home Entertainment Product Marketing Tim Alessi was kind enough to walk me through the Signature OLED R’s development on a video call, from initial idea to final product.

Through pre-recorded interviews, LG engineers explained their original thought processes of getting all the moving parts that make up a glass OLED screen into a form factor that rolls just like paper. It wasn’t easy. Development took three years, followed by another two years to get everything just right, including the mechanism that rolls and unrolls the screen.

Even now that they’re in production, some parts and processes involved in manufacturing have to be done by hand. With the finished product, you have a screen that extends or retracts in about 30 seconds with very little noise.

There’s also a feature called Line View that shows only a small portion of the screen for displaying limited info like audio controls, a clock and more. And by the way, LG says the screen can handle up to 100,000 screen rolls. That means you can roll that TV up and down multiple times a day for 20-plus years.

It’s easy to get distracted by all the work that went into designing something that really is special among a sea of endless tech. Then it’s always that $100,000 cost that slaps you back down to Earth.

Sure, you can do all kinds of comparisons — how many TVs you can buy for the cost of one LG, or how many cars and so on. That’s not exactly the point.

Is this ‘world’s first’ for you?

TVs that extend from cabinets are not new, but typically those are meant to be placed at the foot of a bed. This one, however, is designed to be perfectly suited for a living room; and showcased as a direct extension of a person’s lifestyle.

It’s meant to be modern and minimalist. Instead of a massive black box visible on your wall at all times, this TV can blend seamlessly within your environment.

LG knew going in who its target consumer was for this high-end, luxury product. It’s for those who have the money to spend on the finer things and want something truly different and unique.

Right now, a TV that costs $100,000 might seem so far out there, regardless of features, that it borderlines on being comical. But what about spending $11,000 on the first phone you could take with you anywhere that can cost as little as $50 or less today?

As I said, it’s all about perspective. And do I want one of these TVs? Absolutely, but I’ll wait until the price comes down. I’m cheap.