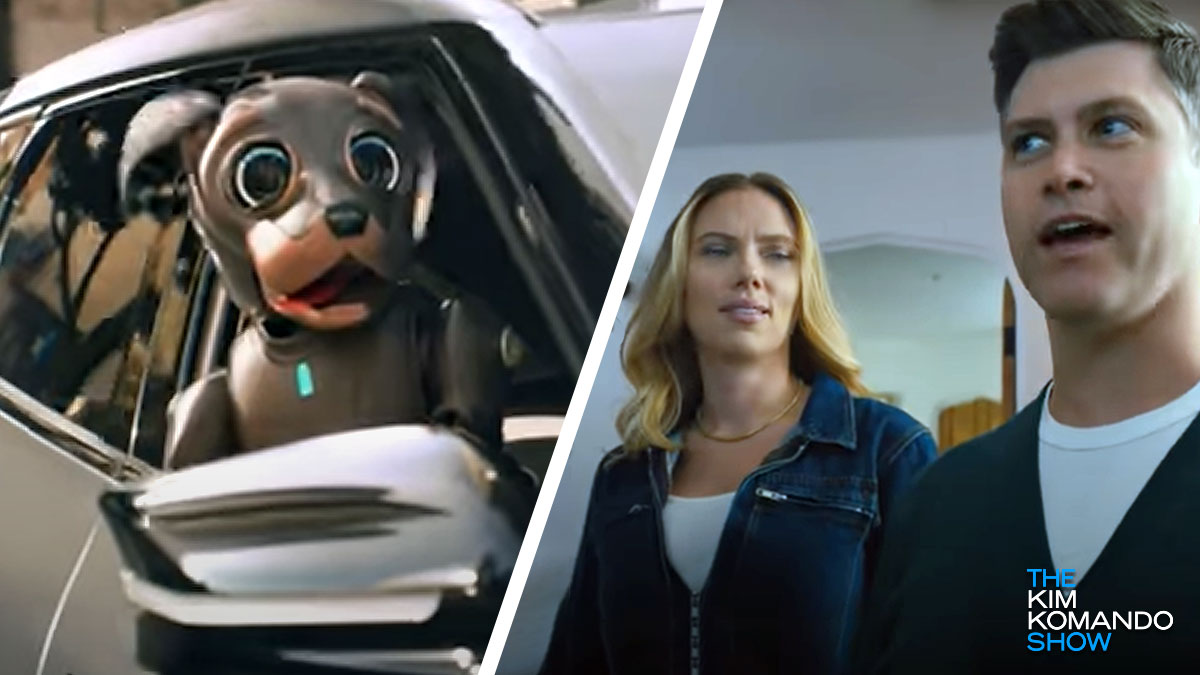 Love ’em or hate ’em, advertisements are as baked into the American pie as freedom, eagles and rock n’ roll. Ads make up an ever-evolving art form that changes to adapt to tech advancements. For example, Ryan Reynolds recently starred in an ad within an ad. Yep, we’re living in the time of adception.

By now, most of us have come to accept commercials as a fact of life — but others take it further than that. Some of us appreciate the art of advertising and even celebrate it. That’s especially true when it comes to the big game.

Some don’t care about football at all; they only tune in to watch the funny and creative ads that pop up between plays. This weekend, you have a lot to look forward to. So how about a preview? We rounded up 12 of our favorite commercials you can watch before the big game.

This one’s almost too scary. This playful ad reflects our fears that Big Tech companies know exactly what we’re thinking about all the time.

Of course, that type of tech isn’t available … yet. But if Elon Musk’s Neuralink is anything to go by, who knows? Oh, and don’t forget about the Mercedes AVTR concept, which would allow your car to read your brain’s neural activity and guess what you want to do.

Good news: These concepts are in the far future. In the meantime, watch Scarlett Johansson and her husband Colin Jost go through life with a mind-reading Amazon Alexa. It brings up some funny — and frightening — possibilities!

It’s like a short, comedic episode of “Dark Mirror,” isn’t it?

Chips play a pretty significant role in many game-day meals. This short, snappy ad imagines chips in a few other situations, like kidnappings, gang wars and buying a haunted house.

If you chomp down some Lay’s this weekend, we hope it’ll be in a much safer context than what Seth and Paul go through in this commercial. Then again, who knows? Golden memories can come from even the strangest situations!

Here’s a fun fact you can share in-between commercials. A 2018 research paper from Harvard medical school says films like “The Fast and the Furious” may inspire drivers to hit the accelerator. The hypothesis goes like this: If you watch drivers slamming the gas pedal and zooming around the streets, you may feel inspired to indulge your inner speed demon, too.

Some cars make accelerating easier than others. Take the all-new 2023 Nissan Z, for example. This ad starring Eugene Levy reveals how the right vehicle can make you feel like an action hero.

4. Uber Don’t Eats: Why you shouldn’t always trust the words on your delivery bag

Sometimes, you’re so hungry you forget to think logically. You rip open your bag and shove the first thing you see in your mouth. That’s how Jessica Tooley winds up with a mouth full of paper towels.

That’s not the worst part, though. In this funny commercial, folks eat deodorant, sponges, sunscreen and even kitty litter. If you’ve ever eaten something inedible by accident, this ad will make you feel better. At least you never nibbled on a light bulb! (Hopefully.)

5. Want a Robo Dog? This Kia commercial will tide you over until they become a reality

Nothing tugs the heartstrings more than a puppy wanting pets. But few people will pet a robotic pooch. That’s the basis of Kia’s cute new ad, simply named Robo Dog.

In this adorable commercial, an animated dog made of metal chases an electric Kia EV6. He scales buildings and jumps off of rooftops searching for his new owner, who drives the car. If you’re an animal lover, you’ve got to check this one out!

6. Think of this ad before throwing away food: Mayo Tackles Food Waste

Few people can escape a tackle-happy football player on the warpath. If you don’t want a wall of muscle slamming into you, don’t waste your food. This funny Hellmann’s commercial doubles as a comedy skit and a good lesson: Don’t waste your food!

7. A Clydesdale’s Journey by Budweiser

You don’t have to be a cowpoke to appreciate the beauty of horses. In this dramatic Budweiser commercial, a dog goes through an emotional journey after his horse friend takes a harsh fall.

We don’t know how beer relates to a horse’s tale of recovery, but the visuals are beautiful. Budweiser sends a message we can all use: Always get back up when you’re knocked down. It’s also an excellent treat for animal lovers — and this time, they’re real, not robotic.

Good taste transcends species. The pursuit of tasty treats can inspire a sloth to zoom around as quickly as a hedgehog. At least, that’s what Frito-Lay would have you believe.

This silly commercial showcases some gorgeously animated jungle dwellers as well as a very perplexed human traveler. We bet this ad will be a hit with the kids — especially if they love Cheetos.

You don’t need a one-minute spot to make a big impression. The Greek god Zeus stars in this 40-second commercial. Played by Arnold Schwarzenegger, a grouchy Zeus reveals his love for macchiatos. Who could have guessed the god of lightning has a sweet tooth?

10. Kevin Hart is the face of Sam’s Club VIP

If being a member of a VIP club makes you feel like a king or queen, you’ll relate to Kevin Hart in this short Sam’s Club commercial. You can scan goods you like and skip the checkout line. Unlike Kevin Hart, though, you won’t have stunt doubles to lift things off the top shelf.

If you’ve ever had a silly argument with a friend, you can relate to this. This funny ad starring Ken Jeong and Joel McHale pokes fun at the way it’s easy to spin anything into a fiery debate online. In the span of a few seconds, a minor disagreement snowballs into an issue on national news.

Luckily, most arguments aren’t as nutty as this one. Otherwise, more people would be allergic to debate.

Lindsay Lohan is famous for her partying past. She’s one of those celebrities we’ve seen in and out of trouble. In this recent Planet Fitness ad, though, she looks better than ever — and it’s great to see she’s finally in a good place.

This is just another funny ad if you don’t know her past. For those of us who watched her go from a chipper Disney star to a person struggling with addictive disorders, it’s pretty heart-warming. I’m rooting for her to stay healthy just as much as I’m rooting for my favorite team to win.