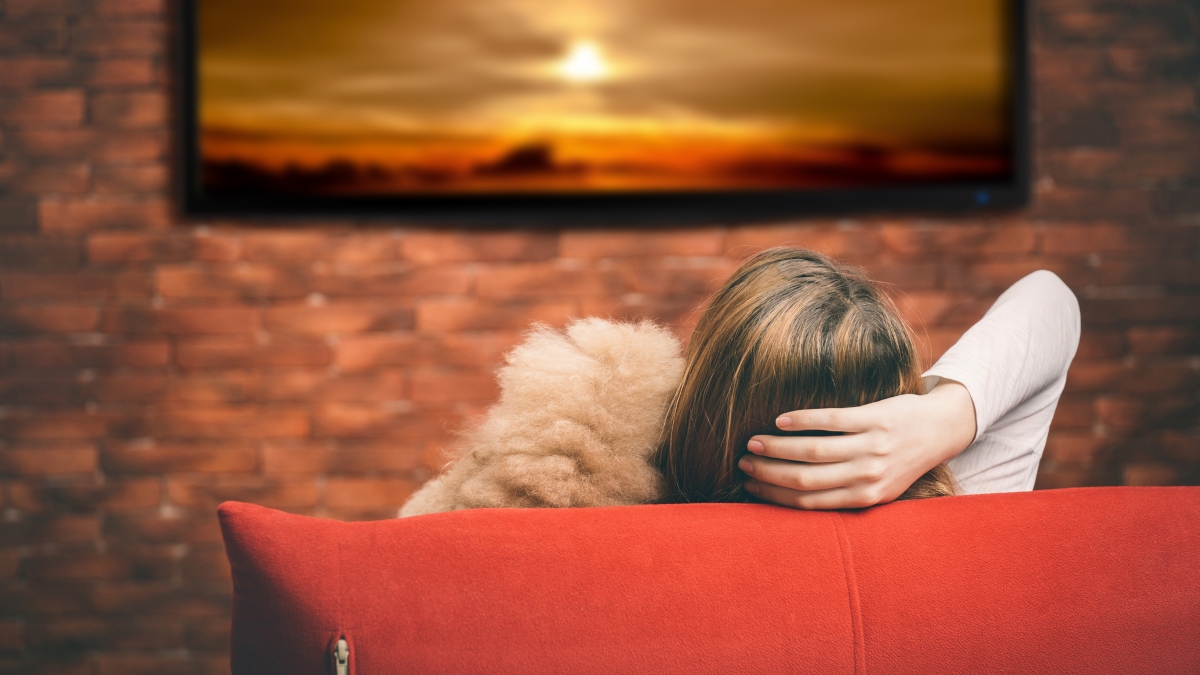 Finding yourself with more free time than you’re used to? Not sure what to do with yourself? Whether you’re working from home or just relaxing, there’s only so little a person can do before they start to get a little stir-crazy.

But what can you do to keep busy? If you’re looking for a temporary distraction, tap or click here for five things you should sanitize. Cleaning is nice, but you need something to fill that mental void. So what else can you do?

How about binge-watching a detective series? Or that sci-fi show you keep saying you’ll get around to? The streaming possibilities are endless, so let us guide you through our top 10 list of fantastic shows to binge while you’re practicing social distancing, starting with a goodie from Netflix.

Fans of AMC’s contemporary classic “Breaking Bad” were apprehensive at best when a spin-off was announced. Happily enough, “Better Call Saul” is the exception that proves the rule.

Creators Vince Gilligan and Peter Gould struck gold telling the tale of Jimmy McGill (Bob Odenkirk) and made a show every bit the equal of “Breaking Bad,” with a lead character much more likable and sympathetic than Walter White. From heavy-hitting character drama to action-packed spectacle, the acting is spectacular, the directing is cohesive and focused, and the writing always keeps you guessing.

Aaron Sorkin’s fast-talking political news drama, “The Newsroom,” is the spiritual successor to television classic “The West Wing” in every sense. Defined by rapid-fire, quip-laden exchanges between intelligent and scathing television producers all under the oversight of lead anchor Will McAvoy (Jeff Daniels).

While the show deals with environmental disasters, controversial elections and shady military operations, every character has enormous heart and is totally unwilling to be defeated by cynicism and negativity — a welcome characteristic in the current climate.

“Halt and Catch Fire” follows tech visionary Joe MacMillan (Lee Pace), as he navigates the advent of laptop computing, gaming and the internet. Each of the four seasons of “Halt and Catch Fire” is a minor reboot that re-introduces the characters of the excellently-acted ensemble at different points in their lives as they struggle to invent and sell the future of computing.

While tech is the core concept of the show, the heart is actually the relationships, particularly the complicated love story between Joe and Cameron Howe, played by Mackenzie Davis.

Michael Schur, best known for his work on “The Office,” “Parks and Recreation,” “Brooklyn 99” and “Master of None,” returned to television with “The Good Place” — a comedy starring Kristen Bell as Eleanor Shellstrop, who dies in the first episode and arrives in what is called The Good Place by man-in-charge Michael, played by Ted Danson.

Filled to the brim with shocking twists and turns that lead to massive shakeups, “The Good Place” is a hilarious, profound philosophical journey into what it means to be a good person and when, if ever, it’s too late to change.

Much has been said about “The Sopranos” over the near decade-and-a-half since its finale aired. Many continue to argue creator David Chase’s gritty crime drama starring Italian-American mob boss Tony Soprano (James Gandolfini) is among the greatest shows ever made.

Considering the 21 Emmys the show accrued over its six-season run, “The Sopranos'” reputation speaks for itself and demands only an appropriately large amount of time to tell its epic tale of the endless struggle between the law and organized crime.

Loosely based on a 1989 film of the same name, “Parenthood” follows the Braverman family: grandparents Zeke and Camille, their children, Adam, Sarah, Crosby and Kristina, and their families. “Parenthood”, for the entirety of its six-season run, follows the wholesome and the heartbreaking in equal parts as a modern family ages, grows and changes together.

Driven foremost by well-acted character drama, each Braverman proves themselves to have integrity and wisdom beyond their years, while still struggling to solve problems of their own and make their relationships last.

Life as a spy is a high-octane, high-stress position made all the more precarious by law enforcement investigations. Starring Sandra Oh as Eve Polastri, a member of British intelligence, and psychopathic Russian assassin Villanelle (Jodie Comer), Eve chases Villanelle across the world only to discover her feelings for Villanelle are more complicated than she thought.

This thriller is based on the Villanelle novel series and will keep you at the edge of your seat as shocking act after shocking act is committed in the supposed name of justice.

“Gilmore Girls” creator Amy Sherman-Palladino brings us “The Marvelous Mrs. Maisel,” starring Rachel Brosnahan as the titular Mrs. Maisel. Set in the late 1950s and early 1960s New York City, this “dramedy” follows a housewife-turned-comic as she pursues her new career while struggling to keep her personal life afloat.

Reminiscent of the goodhearted, wholesome nature of “Gilmore Girls,” “The Marvelous Mrs. Maisel” takes a frank look at injustice and tragedy and meets them head on with compassion, honesty, empathy and, above all else, humor.

As an Amazon Original series, “The Marvelous Mrs. Maisel” streams in 4K HDR to supported devices. Tap or click here to learn more about what kind of internet speed you’ll need for uninterrupted playback.

Comedy stalwart Larry David plays a fictional version of himself going through the day-to-day minutiae of life. Supported by an ensemble cast of talented actors and comedians playing fictional versions of themselves, Larry makes fun of social mores and taboos in an ever-increasingly zany and edgy manner.

Though presumably a rich, out-of-touch curmudgeon, Larry is ever the laid-back guy just as ready to laugh at himself as he is to yell at someone else. And viewers are left with no choice but to root for him to keep going, even if only for the sake of seeing what’s coming next.

While “The Leftovers” became creator David Lindelof’s critical darling of the 2010s, “Lost” remains a television titan to this day — regardless of the epic show’s final controversial conclusion.

“Lost” opens with the crash of Oceanic Airlines Flight 815, interspersed with flashbacks to the past lives of the passengers, and the ensuing rush to build shelter, find food and take care of one another while they wait for rescue.

As time passes, the mysteries of the island and of the crash begin to reveal themselves, leading the characters into conflicts with friends and strangers alike

Now, once you’ve made your way through this list, or if you’ve yet to find a show that piques your interest, maybe you should just wait for shows set to release later this year. Tap or click here for the most anticipated shows of 2020.