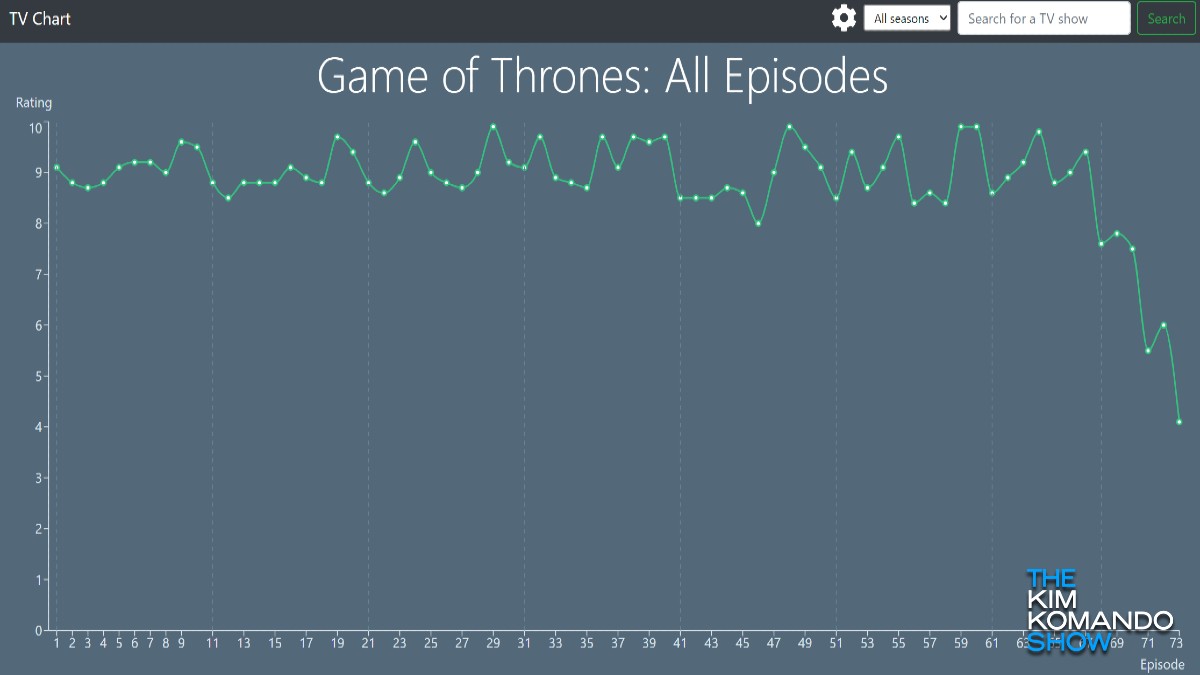 Have you run out of shows to watch on Netflix yet? How about on Hulu? Regardless of which streaming service you use, you’ll eventually reach your limit for content and want to branch out elsewhere. The only question: How do you know what’s worth watching or not?

Typically, people turn to review aggregators like Rotten Tomatoes, IMBD or TV.com to find the next show to watch, but these websites only give you half the story.

Let’s say a show gets high marks for the pilot or premier season, only to squander its potential and fumble the ending. “Game of Thrones” fans know this feeling all too well, as the series enjoyed stellar reviews until its divisive final season.

Going back to our “Game of Thrones” example, you can see the series rides fairly high until a slight dip during season five. After that, the HBO hit returned to its previous heights — only to crash and burn during the series finale.

TV Chart also goes a step further, too. From the drop-down menu that appears, you can also see individual episode rankings, as well as organize reviews by seasons. That way, if you decide to watch a show and skip certain seasons, you’ll know what not to bother with.

Binge-watching is already a timesink. With TV Chart, you can at least recover some of the time you’ll be investing otherwise. And, naturally, that leaves you room for even more shows.