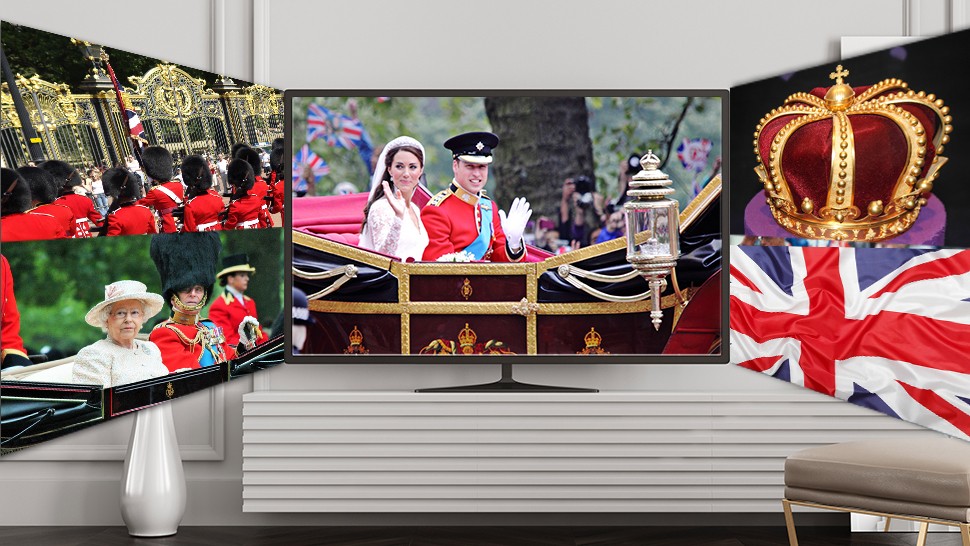 From royal weddings to royal scandals, it seems Americans can’t get enough of royalty, even if we left that all behind 240-plus years ago.

For example, “The Crown,” a drama following the political rivalries and romance of Queen Elizabeth II’s reign and the events that shaped the second half of the 20th century, was a big hit on Netflix. It would seem the time is ripe for a little Anglophile trend.

If you loved “The Crown,” here are some more shows and movies you should watch on streaming video.

For those who want to learn more about Elizabeth’s father, King George VI, “The King’s Speech” is the perfect destination. Not only did it give Colin Firth his first Oscar, but it also won Best Picture in 2010. The movie follows King George VI as he struggles to overcome his speech impediment, a process you might remember from the first season of “The Crown.” Definitely a must-watch for fans of the series. It’s available to stream on Netflix.

This beloved series follows the Crawleys, a fictional aristocratic family in the early 1900s. “Downton Abbey” follows main historical events like the sinking of the Titanic, among others, and how they affect the family members who live on the estate. While the show did end in 2015, the six seasons were nominated for multiple Emmys, and Maggie Smith also won three Emmys for her portrayal of Lady Violet Crawley. Definitely worth a binge, with a splash of tea.

This series is set in England during the Reign of King Henry VIII in the 16th century. “The Tudors” follows the young king as he has to deal with conflicts inside and outside of his kingdom. If you decide to check out this series, you might recognize familiar faces such as Henry Cavill from “Man of Steel” and Natalie Dormer from “Game of Thrones.” This title is available to stream on Netflix.

It’s not British, but it is royalty. This show is still going on, but it’s already on its third season so there will be some catching up to do. “Versailles” follows the french King Louis XIV and his decision to move the royal court from Paris to Versailles. It’s troubled times for the king as his kingdom is losing money, and people are not happy with the move. English actor George Blagden, known for his role as Athelstan in “Vikings” stars as King Louis XIV in his quest for power. Definitely worth a watch just for the power struggle. It’s available to stream on Netflix.

This series is a six-part documentary that follows the royal family throughout the years. Each episode of “The Royals” is themed, ranging from the royal weddings, royal pets, and of course, royal scandals. Mostly focusing on the younger generation of the royal family, this series is sure to be an interesting watch.

‘The Queen’ (Rent on Amazon)

While this film isn’t available to stream on Netflix or Hulu, you can rent it on Amazon, and it’s worth it. Made by Peter Morgan, who also created “The Crown,” “The Queen” follows Elizabeth after Princess Diana’s death. Helen Mirren plays the Queen, and won the 2006 Academy Award for Best Actress in this part. Become immersed in her amazing performance, and don’t forget to check out the play that was adapted from it as well!

“The Windsors” is a British comedy soap opera based on the lives of the members of the Royal Family. While “The Windsors” may contain many fictional stories, they are based on true events. It’s written by the co-creators of “Star Stories” and while it may not be as dramatic as the other titles on this list, sometimes you need a break from all the serious drama.