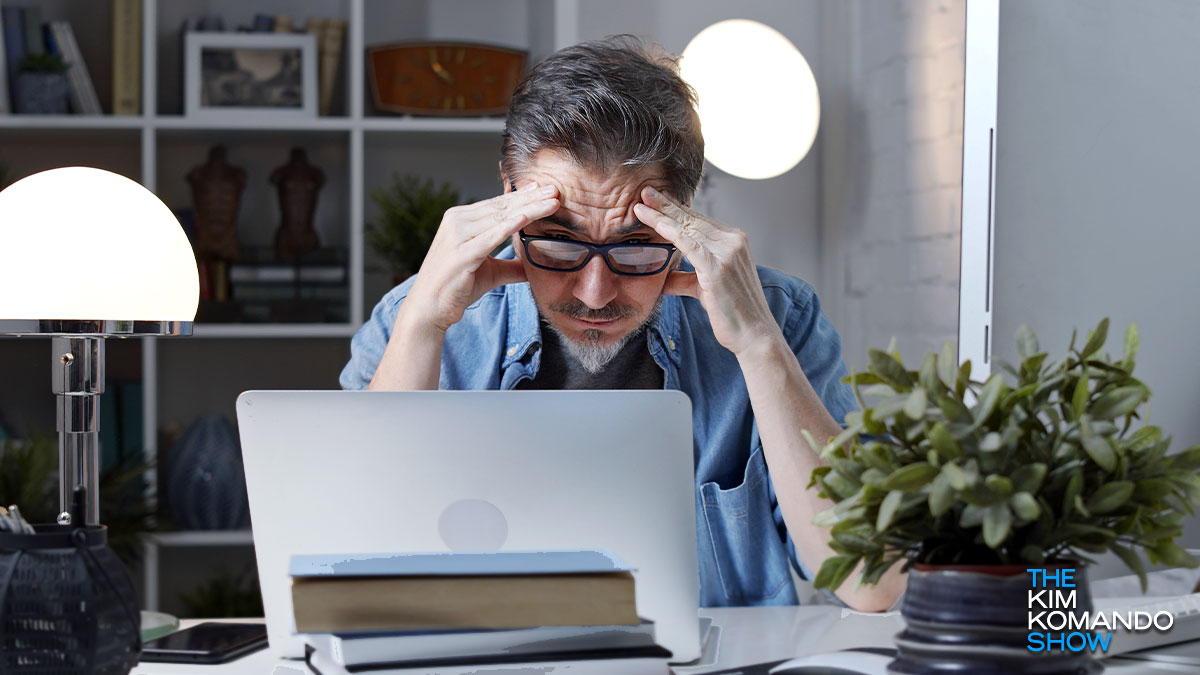 Experiencing computer problems is never a good thing, especially if you have a lot of data and personal information on it. Even our mobile phones have become an important extension of our daily lives.

If something happens to your computer’s hard drive, do you have a plan in place? It’s a great idea to run regular backups, even if it is just for the important files that can’t be replaced. Tap or click here to find out how to roll Windows 10 back to a previous version.

Unfortunately, the two biggest computer makers’ operating systems are currently suffering from critical bugs and fatal crashes. They are nasty bugs that could render your hard drive inoperable. Let’s take a look at what’s going wrong and what you can do about it.

A critical bug was discovered in Microsoft’s Windows 10 operating system last month. While there is a patch for the bug, it is only available for Windows Insider users.

The flaw can crash hard drives by merely accessing a specific folder. The bug is activated when trying to access the C:\$i30:$bitmap folder using the command prompt or File Explorer.

We must stress that you shouldn’t try to access this folder until a patch is released for everyone. Fortunately the folder isn’t used often and avoiding it shouldn’t be an issue.

If you try to access the folder, you might get a message stating that the drive is corrupted. “The file or directory is corrupted and unreadable,” reads the error message.

Soon after, the entire drive will become unusable and will essentially lose all data on it. If that is your main drive and hasn’t been partitioned, you will lose all your files and information. This is just another reason always to have a backup of your critical files. We recommend using our sponsor, IDrive.

IDrive lets you back up all of your devices, whether you have a Mac, PC, Android, iPad or iPhone, and you can conveniently manage your backups through a single online account. Save 50% on your first year when you use promo code Kim at checkout.

Is there a fix?

As eluded to earlier, yes and no. Microsoft advised impacted users to run the Windows chkdsk utility on the next reboot to fix the issues, but several researchers found it persisted.

A patch for regular users might be some time away, but a fix has been released for those who have signed up for the Windows Insider program. Windows 10 Insider build 21322 includes a way for Windows to address the problem.

Instead of saying the drive is corrupted, which led to the general problem, it will now say that “The directory name is invalid.” Since Windows can’t then access the folder, it won’t trigger the corruption.

There has been no indication from Microsoft when the fix will be released for non-Insider members.

How to join the Windows Insider Program:

If you want to take advantage of early sneak peeks of upcoming Windows 10 builds, you can sign up for Microsoft’s Windows Insider Program. Just remember that even the final versions of Windows updates are often filled with problems, so if you decide to sign up for the Insider Program, it’s at your own risk.

To join the Windows Insider Program, make sure you already have a Microsoft Account. Here’s the easiest way to join:

Apple has its own set of problems to deal with, as a bug has been discovered that knocks out MacBooks. The issue was first reported a few months ago, and several others have now come forward with the same problem.

MacBooks that use the Apple Silicon M1 chip are being bricked when a third-party USB-C dock is attached. The failure of the device specifically happens when the USB-C dock is supplying the computer with power.

According to the patch description: “macOS Big Sur 11.2.2 prevents MacBook Pro (2019 or later) and MacBook Air (2020 or later) models from incurring damage when they are connected to certain third-party, non-compliant powered USB-C hubs and docks.”

If you use any of those devices and a USB-C dock, you must update your operating system. Here is how to do that:

‘God Mode:’ Windows 10 trick shows all your settings in one place

MacBook not holding a charge? Apple might replace your battery for free