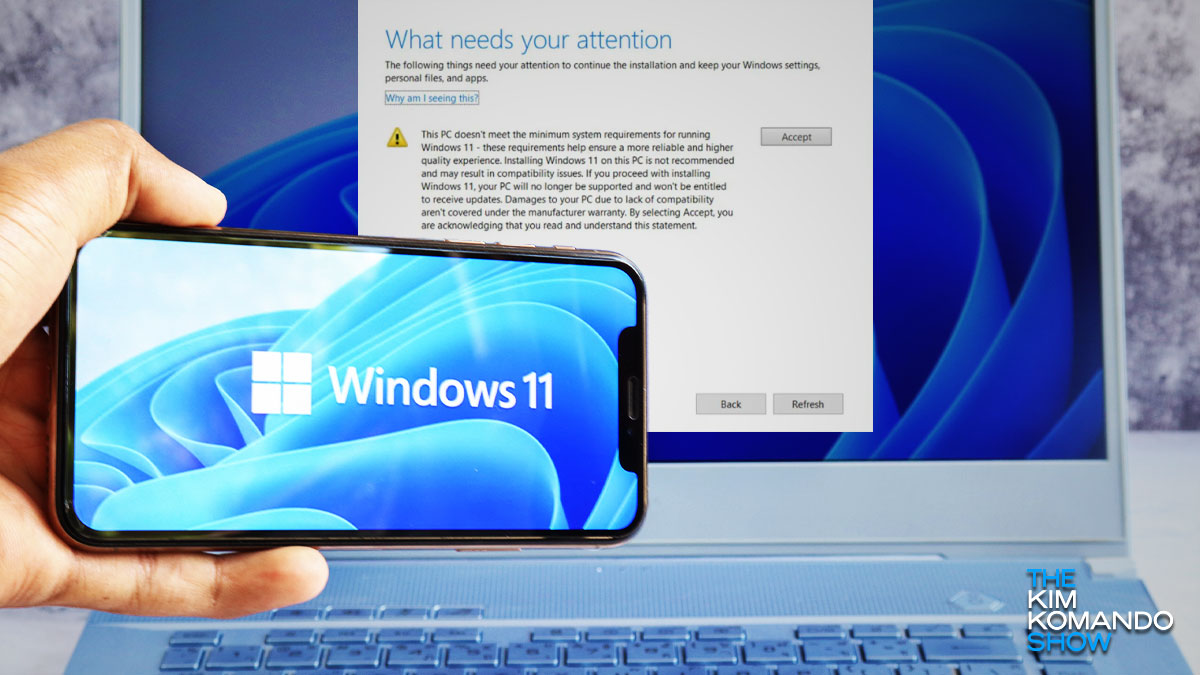 The next version of Microsoft’s operating system is only a few weeks away. Understandably many users are eager to download Windows 11 and install it as soon as possible. But as it turns out, many of those who want the OS can’t even run it.

Well, that is according to Microsoft’s specifications and the PC Health Check app that it urged potential users to download. The app tells you if you meet the minimum system requirements.

If you don’t have the recommended hardware and software settings, is there something you can do about it? It turns out that there is. But you might have to sign a waiver absolving Microsoft from anything that might happen after that.

The minimum system requirements for installing Windows 11 on a PC seem, at first glance, to be mundane. There isn’t anything out of the ordinary and no ludicrous hardware specifications. According to Microsoft, you’ll need the following to get a free copy of Windows 11:

Even if you have a relatively new computer, the sticking point for most people is the TPM and Boot Secure requirements. The list of processors that support Windows 11 is rather extensive, but it does leave out many popular (and powerful) options from the last few years.

If you want to see if your machine can handle the new operating system, you can use Microsoft’s handy PC Health Check tool. After it was initially released, it was found to provide some misleading information. It was quickly removed, and a new version was launched late last month.

You can go to Microsoft’s Windows 11 page and download the app from there. Scroll to the bottom of the page for the app. Version 3.2 of the app will now tell you what you can do (if anything) to meet the requirements.

How to get Windows 11 by signing a waiver

After checking and not meeting requirements, you can still get your hands on a copy of Windows 11 if you want. Windows 10 will be supported until 2025, so there isn’t a rush to upgrade.

Microsoft has said that it won’t stop anyone from installing Windows 11 if their PC misses recommended specifications. But there is a caveat: you must digitally sign a waiver that could have security implications.

As The Verge pointed out, incompatible systems will be greeted with a warning when installing Windows 11. Before continuing, you must accept the terms that “your PC will no longer be supported and won’t be entitled to receive upgrades.” The warning also says that you could potentially void your manufacturer’s warranty if you proceed.

But that poses serious questions. Can you still directly download Windows 11 security updates, or will that be blocked entirely to you? Will you be allowed to install security and feature updates from third-party providers? We eagerly wait for Microsoft to address these concerns.

Best Windows 11 features and how to try it now