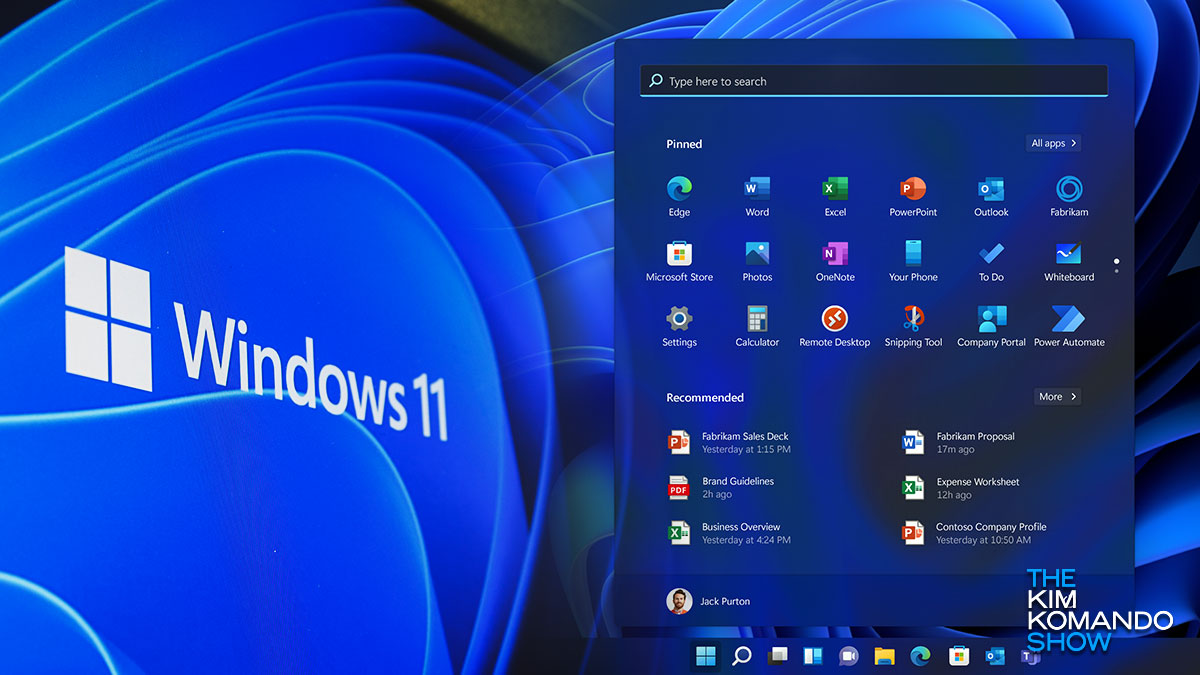 Microsoft’s Windows 11 might be the company’s latest operating system, but some users aren’t sure if it’s the greatest. Since its launch late last year, it has been plagued with flaws and vulnerabilities. Tap or click here for why your Windows 11 PC could be suffering from a nasty slowdown bug.

Read on for details on the problem facing some Windows 11 users and what you can do about it if you are affected.

Windows 11 packs a lot of changes, but the most obvious is the redesign of the desktop and other visual elements. The Start button is one such element, moving from the bottom left in Windows 10 to front and center in Windows 11.

However, it doesn’t need to stay there as you can move it back to its original position. But a bug in a recent update has made the button vanish entirely after it’s moved.

Multiple reports on forum threads and social media complain that the Start button disappears sporadically after installing Windows 11 Update KB5010414. Most reports indicate that it happens shortly after clicking the Start button.

The KB5010414 update changed how the widget icon functions, as you no longer need to click on the icon to view the widgets but only need to hover your cursor over it. It seems that this small change is at the heart of the problem.

If this has happened to you, don’t stress as Microsoft is aware of it. And might have a solution for you.

Responding to complaints about the vanishing Start menu, Microsoft said it is working on it. At the same time, it suspects it happens when you’re passing over the widget’s icon as you move your mouse.

Unfortunately, the only remedy it could offer was that you need to carefully avoid the widget’s icon when moving your mouse’s cursor. Digging a bit deeper into the issue, it appears that the Start menu doesn’t actually disappear but gets concealed by the widgets pop-out.

When the button is moved to the original location in the bottom-left, the widgets menu ever so slightly pops out. When moving your cursor over it, this tiny movement causes the visual glitch, kind of like a digital optical illusion.

To prevent that from happening:

This quick-fix will get you through until Microsoft releases a permanent solution, which might be included in the next Windows update.