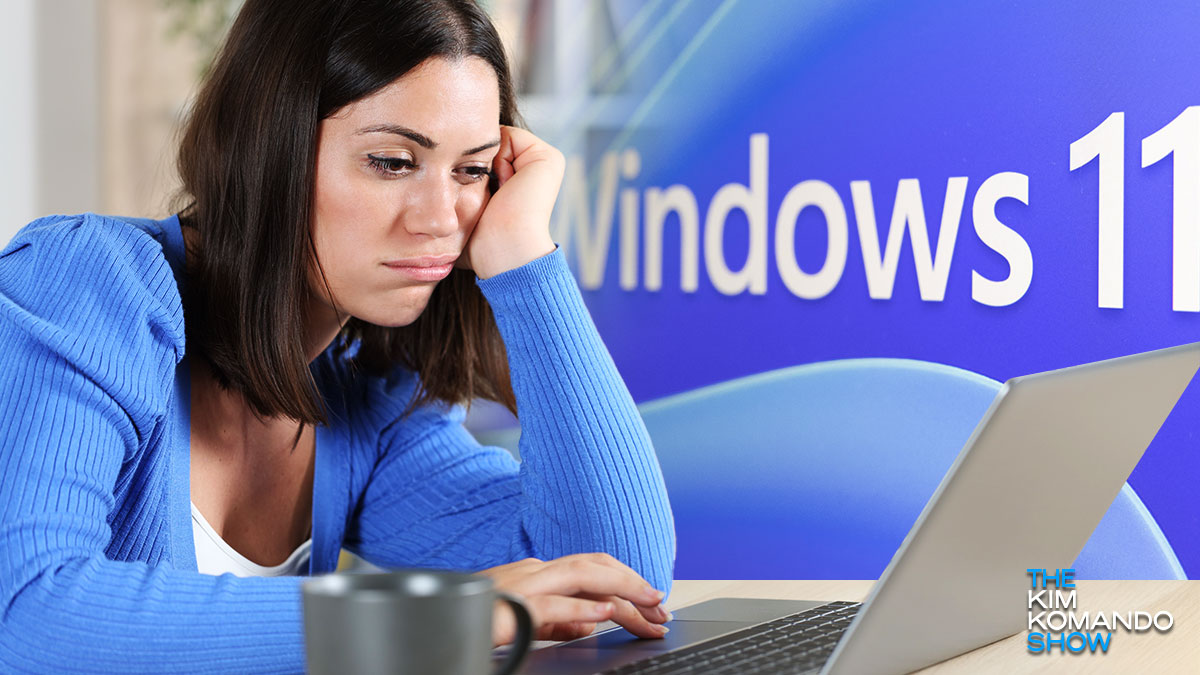 Microsoft’s Windows 11 can be a great operating system if everything is set up correctly and compatible with your PC. Launched about two months ago, a recent survey suggested that as many as 5% of computers use the new operating system. Tap or click here for the five best tricks, tips, and features to try.

But as with all new releases, things didn’t go as smoothly as Microsoft would have hoped. Several flaws and glitches started to crop up in the weeks following general availability. Most have been relatively mild, but they can be annoying.

From filling up a PC with random files to having only 10 days to roll back, Windows 11 has had a tough time. Read on for details on a bug that is now causing headaches and a simple way to fix the glitch.

Shortly after the launch of Windows 11, some reported their computers seemed to be much slower than before. It was easy to blame the new operating system. And while it was at fault, it is a natural process when a new OS is installed.

Their computers have now had time to cache the data it needs and re-index files, so the slowdown should have stopped. The problem is it hasn’t stopped for everyone. It turns out there is another bug impacting computer speeds.

This time around, the bug is causing Non-Volatile Memory Express (NVMe) solid-state drives (SSD) to operate 50% slower than they should. After the initial investigation by Microsoft, it seems that more drives, and not just NVMe SSSDs, are affected.

If you have experienced a slowdown in your PC speed, help is on the way. Microsoft developed a fix, and it’s being made available to Windows Insider members. If it doesn’t cause other adverse effects, it might be available to the public this week. Tap or click here to find out how to join the Windows Insider Program.

The KB5007262 update “addresses an issue that affects the performance of all disks (NVMe, SSD, hard disk) on Windows 11 by performing unnecessary actions each time a write operation occurs. This issue occurs only when the NTFS USN journal is enabled. Note, the USN journal is always enabled on the C: disk,” Microsoft explained in the Insider patch notes.

Here’s how to update Windows:

Click the Start Menu and open Settings, tap Update & Security, then Windows Update. From there, you’ll be able to see if updates are available for download. If an update is available, click Download and Install. If you don’t see an available update, click Check for Updates to force the process.

If you thought buggy updates would end with the arrival of Windows 11, think again. This is just the latest in a number of problems with Microsoft’s new operating system since its initial release in October.

✅ Even if you plan on sticking with Windows 10 as long as you can, there’s a big change coming to how often that OS will be updated. Tap or click here for details on Microsoft’s plans.

✅ If you’re ready to upgrade to Windows 11 in spite of all the issues, make sure you double-check system requirements.

✅ Operating system aside, your computer is only as good as the condition you keep it in. Tap or click here for a 5-step plan to clean up your computer.

Before you upgrade to Windows 11, read this warning to save yourself a lot of time