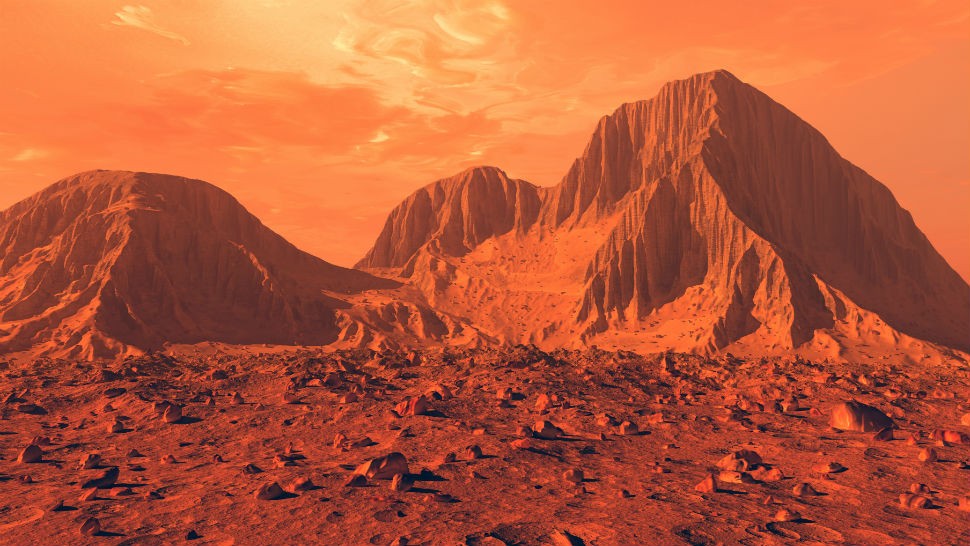 One thing we can all agree on, probably, is that outer space is pretty cool. The reasons for that are many, but no doubt the mystery of what the cosmos has to offer provides plenty of intrigue for even the least scientific among us.

Of course, the folks over at NASA see universe differently than most of us, and with good reason. They are tasked with discovering and learning, with one of the primary focuses being the planet Mars.

The fourth planet from the Sun in our solar system, it has long been seen as one with the potential to host life. That has made it the subject of many movies and other science fiction dramas, and along with that any interesting thing that happens with the planet usually garners a good bit of attention.

This week the team behind the Curiosity Rover, the device which has been traversing the Martian surface since August 2012, noticed something that seemed out of place on the planet. 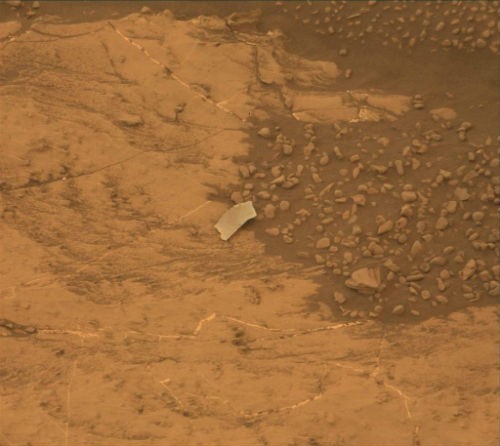 It was initially thought that the thin, light-colored object might have been debris from a spacecraft. Just resting there on top of the surface, that would have made sense.

Of course if that was the case and it was part of the rover, that would have been a problem. Fortunately it was revealed to be neither spacecraft debris nor something that really didn’t belong there.

Instead, after a closer inspection it was determined to be an incredibly thin flake of rock. The team was able to figure that out by using the rover’s ChemCam to zoom in on the object in order to get a closer look at what they had come across.

“In fact it was found to be a very thin flake of rock, so we can all rest easy tonight – Curiosity has not begun to shed its skin! Perhaps the target should have been given a different name befitting the theme of the current quadrangle in which Curiosity resides: ‘Rabhadh Ceàrr’, or ‘False Alarm’ in Scottish Gaelic.”

Not the first time a mysterious object was found on Mars

Given that there is still so much we don’t know about space, it stands to reason that anything out of the ordinary will raise some questions. Back in 2012 the rover found a shiny object that turned out to be a small piece of plastic material that fell of the rover itself.