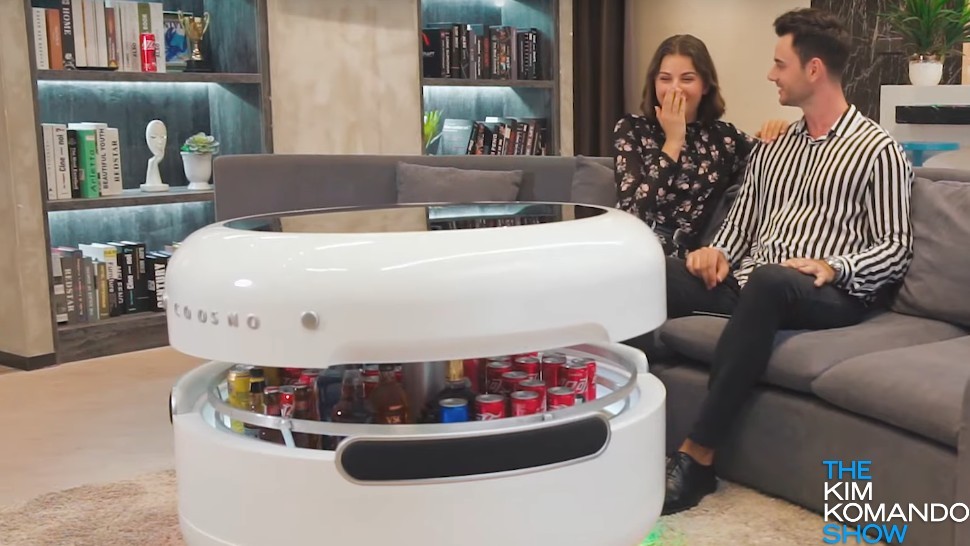 Every so often, it’s worth stopping and appreciating just how much we’ve advanced in the last few decades. Sure, we might not be living in a world completely like “The Jetsons” just yet, but who could have anticipated owning an entire computer that fits into the pocket of your jeans? Or the fact that, in just a few short months, robots will deliver packages to our doorsteps.

But that’s just barely scratching the surface of the futuristic world we inhabit. Believe it or not, there’s no shortage of wild technology and forward-thinking gadgets to solve your daily inconveniences, and some of the most advanced items are just around the corner from entering your life.

In “Tomorrow’s Tech Today,” Kim shows you upcoming and future technology you won’t want to miss. We take a look at high-tech sheets that automatically adjust the temperature, an honest-to-goodness flying motorcycle, planters that talk to you and futuristic appliances that would make Rosie the Robot blush.

Looking ahead at the future of tech

In today’s segment, Kim takes a peek at some of the most advanced gadgets and gizmos that are just around the corner from changing the world. While some of these products are currently speculative or in development, some may even see public releases in the near future. Watch the video to get Kim’s take on the latest from the world of technology.

Smart Energy GB presents: ‘The eco-friendly home of the future’ and its high-tech home goods

As part of a campaign for energy conservation in the U.K., metering company Smart Energy GB gathered several experts and analysts and grilled them on what technology we could expect to see in homes of the near future. After putting their heads together, we were astonished at some of the ideas they came up with.

Since the point of this campaign is energy conservation, all of the technology presented runs on renewable or sustainable power. In the video, you’ll see all the ways that this power can be harnessed for comfort and entertainment, such as video-wallpapers or hydroponic gardens straight out of “Back to the Future.”

While much of this technology is speculative, the idea is that these innovations aren’t too far off for folks to enjoy at home. And, most importantly, it’s possible to engineer all this to be eco-friendly.

Coosno coffee table brings the future to your living room

If you’re looking for something a little more tangible in terms of future tech, this Kickstarter project might be just what you’re looking for. The Coosno coffee table is a user-backed project that has already managed to clear its first major funding hurdles and is expected to ship as early as February 2020.

Plus, check out all the cool, interactive features that make this item an attractive prospect you can actually bring home.

Engineering company Jetpack Aviation has developed a futuristic flying motorcycle called “The Speeder.” If you dare, you can get on the list for your own Speeder, but watch and see just how crazy the deposit they’re asking for is!

Futuristic planters let anyone have a green thumb

This one is just fun. Rather than worry about making sure your plants have enough water, wouldn’t it be convenient if your plant could tell you it was thirsty?

That’s exactly the idea the developers at Mu Design Luxembourg had when they developed Lua, an adorable smart planter that puts a bit of personality into your little green friends.

According to the creators, the cute design and level of personality are intended to make your household plant more like a household pet. That’s quite an achievement and one that’s sure to be popular. Plants don’t need to be picked up after, anyway.