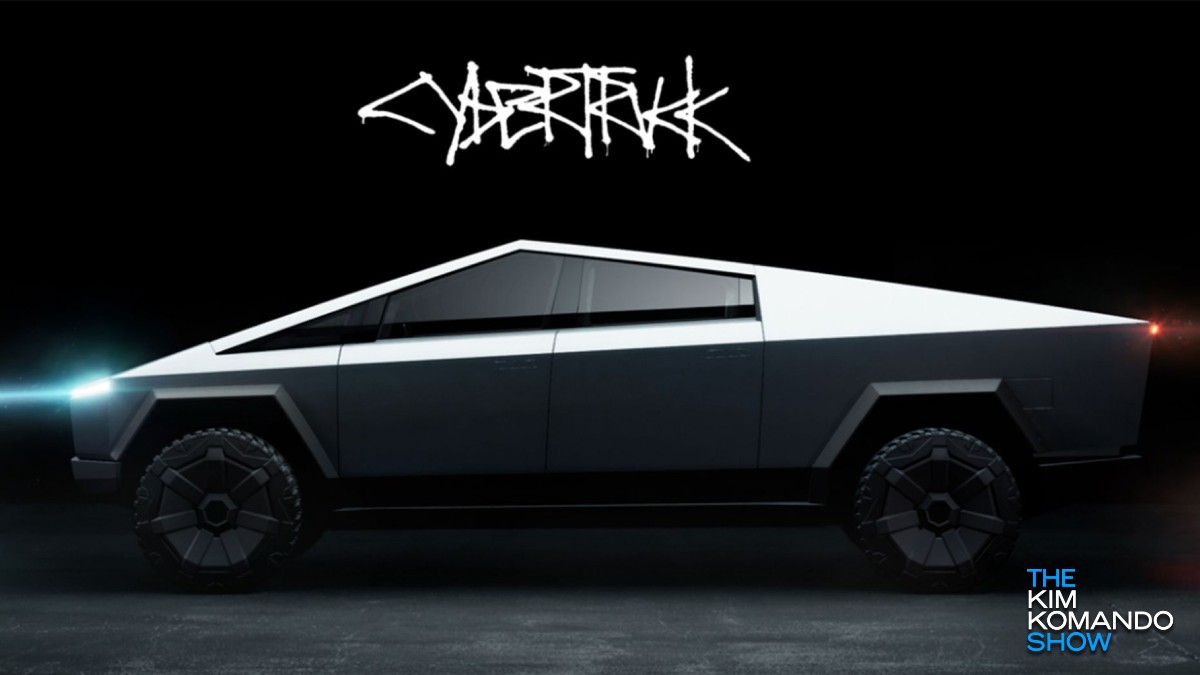 For the past decade, Tesla’s Elon Musk has been the resident bad boy of the automotive scene. Each car produced by the auto startup has generated massive amounts of hype and publicity, not to mention several positive reviews for their design and driving experience. Click or tap to see Kim’s take on Tesla’s Autopilot system.

It’s gotten to the point where Tesla has become a household name, and the cars coveted as status symbols. But Americans across the country have been wondering aloud for some time now, “Why not a Tesla truck?”

Well, good ol’ Elon has answered your prayers with this… let’s just call it “unusual” debut: an angular, brutalist futuristic, straight out of “Blade Runner 2049” vehicle. Dubbed “The Cybertruck,” Tesla’s breakthrough stunned audiences when it was unveiled — but the demonstration didn’t go quite as planned. Here’s what happened.

DeLorean, eat your heart out

Tesla officially revealed its highly anticipated pickup truck model at a late-night keynote conference in Los Angeles. The Cybertruck was a significant departure from the company’s previous designs — looking more “Back to the Future” than “Minority Report,” thanks to its brutal, angular finish and polished metal surface.

The base model of the truck can go from 0 to 60 in 6.5 seconds, and each version comes with the standard Tesla bells and whistles like autopilot and driver assistance services. Most notably, the base model starts at $39,900 — pitting it squarely against competitors like Toyota and Ford for trucking dominance.

Unlike other Tesla cars, Elon Musk claimed the Cybertruck featured “bulletproof glass,” capable of withstanding shots from a handgun at close range. To demonstrate, Musk invited some assistants on stage with projectiles and sledgehammers. But things didn’t quite go as planned.

To Musk’s surprise, the glass didn’t take as much abuse as he hoped. The cringe-worthy outcome was enough to elicit ridicule across social media, with Twitter users providing some particularly choice commentary:

Leaked footage of the design meetings for the Tesla #Cybertruck pic.twitter.com/AYUfuco0V8

i’m gonna tell my kids this was the new tesla #Cybertruck pic.twitter.com/7ctpzQZuEa

Tesla hopes to dominate the pickup segment of the automotive market with the Cybertruck, but as it turns out, the company is entering what’s starting to be a crowded field of electric trucks and crossover vehicles

Ford has already previewed the Mustang Mach-E, which made a similarly controversial debut to fans of the iconic muscle car. Ford also plans on releasing an electric version of its F-series pickups for 2021, which will likely compete head-to-head with the Cybertruck. Click or tap here to learn more about the Mustang Mach-E.

Not to be left out, GM has an electric truck of its own in the works — with a planned release for sometime in late 2020.

With so much hype swirling around alternative fuel vehicles, it’s hard not to wonder if auto companies see the writing on the wall. Whether it’s due to a desire to live a “green” lifestyle, or simply an aversion to being ripped off at the pump, expect to see more of these futuristic rides coming down the pipeline.