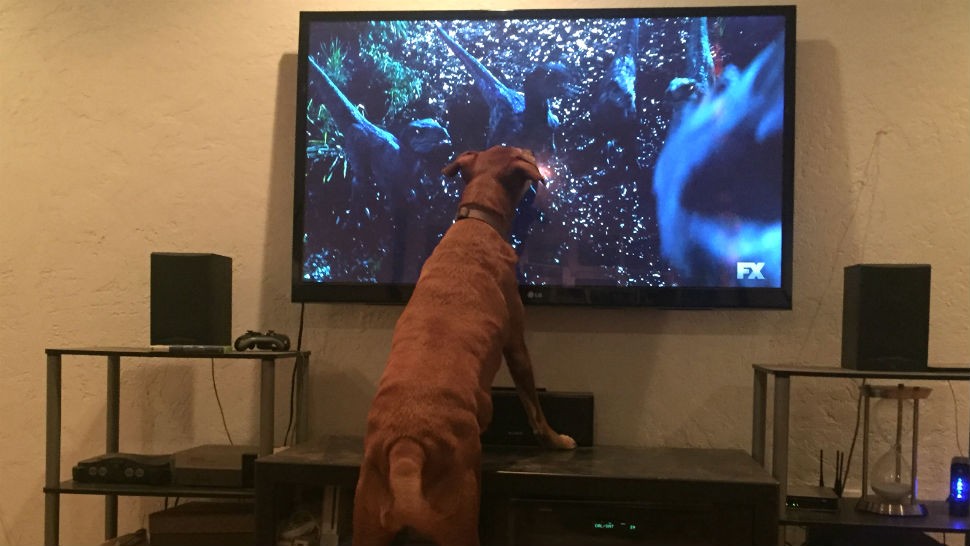 Anyone who has a pet understands the importance of caring for them. We want our animal friends and furry family members to be happy and healthy and feel like we would do anything to make it happen. Tap or click here for 12 fabulous Christmas gift ideas for the pets in your life.

At the same time, it’s tough to ask ourselves to put our pet’s happiness above our own, which is why we rarely think of them before going out and buying our newest tech gadget. But the thing is, every piece of technology we put into our homes could very easily emit a sound that cannot be heard by humans but comes in loud and clear for pets.

That’s not to say our pets are suffering because of our gadgets. Just, the possibility exists, and it is something we may want to think about going forward.

It’s fairly common knowledge that animals have better hearing than humans. There’s a reason dog whistles exist and why the vacuum cleaner is one of the K-9 species’ greatest rivals.

In scientific terms, humans can hear sounds up to about 20,000 Hz, while dogs reach the 45,000 Hz mark and cats 64,000 Hz. That means there are frequencies undetectable to us but very noticeable by animals.

Unfortunately for our pets, manufacturers design things for us, not them. Now, there is little way to know what kind of impact any ambient noises have on animals because they can’t really tell us.

A number of studies have been done to try and determine what kind of impact noise has on animals.  One — in 2005 by Dr. Jeremy G. Turner of the Southern Illinois University School of Medicine Department of Pharmacology — concluded that it can lead to issues with animals’ hearts, sleep and endocrine cycles while making them more susceptible to seizures.

That all sounds pretty terrible and likely has you feeling bad about what you may be subjecting your animal to at this very moment. But even if we know for a fact that our pets may struggle with noises that we cannot hear, the issue then becomes what, if anything, we can do about it.

Lights can be a problem, too

As if sound wasn’t enough, animals see the world differently than us, too. Flickering lights can be problematic, which is bad news for people who use LED bulbs.

Some LED lights flicker more than others, though the speed at which they do so will likely go unnoticed by humans. For us, about 24 Hz or “flickers” per second will look steady. Similar to frames-per-second with video, it is more than enough for us to feel like it looks right.

Dogs, however, are sensitive up to 80 Hz or flickers per second.

Just what can we do?

The obvious answer would be to unplug and/or turn devices and lights off completely. If they are not on or receiving power, then noise and flickering should not be an issue.

Another thing you could do is place devices in a garage or closet so that any sound they would give off would be muffled. That, or you can try to create a gadget-free “quiet room” that pets could retreat to if necessary.

Other than that, you could just avoid electricity altogether, though we can’t necessarily advise you on going that route. If nothing else, maybe just keep your pets in mind when researching new electronics and lights and try to find devices that will not be too harsh on them.

Want a job you can do while home with your pet?

Are you a big fan of Netflix original shows? To help out in this Netflix original programming assault, the company recently opened up an equally original job position that’s perfect for the Netflix binge-watcher in you! Read on and see if you have what it takes to get this awesome job!