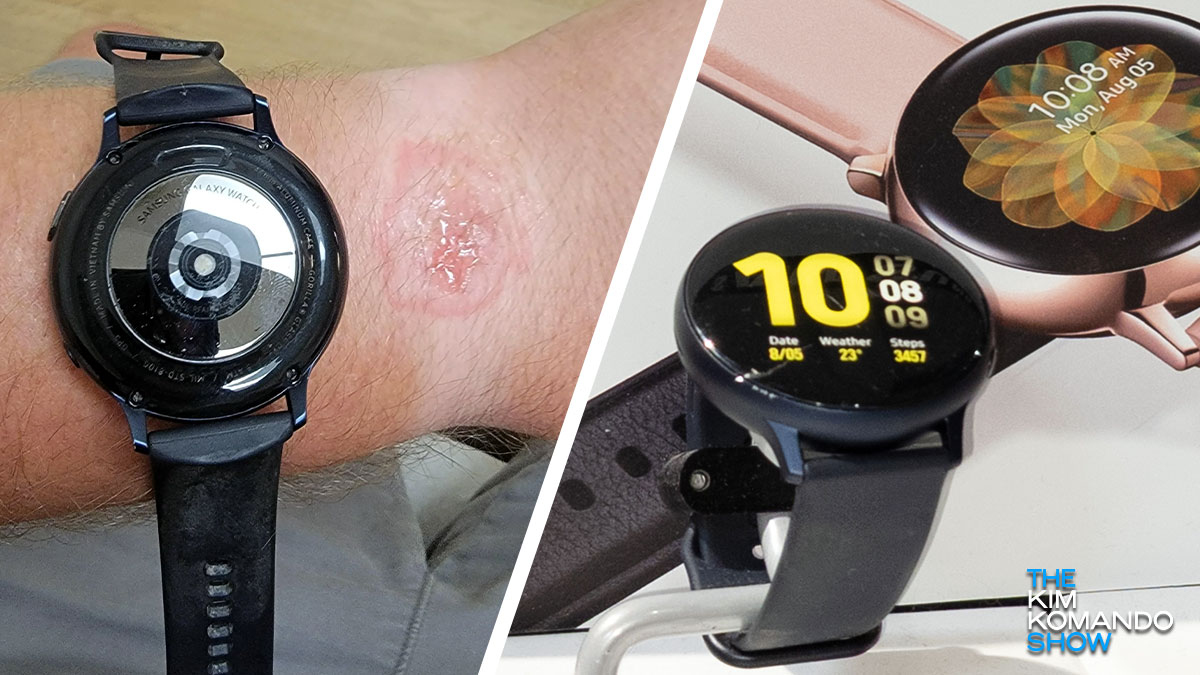 Most people look at their smartwatch to see what time it is or to have a glance at incoming notifications. But the one thing that you should never see is that it’s time to go to the hospital.

Unfortunately, that happened to a smartwatch user who explained what happened on Reddit. But this time, it wasn’t a Fitbit, which saw a nationwide recall earlier this year after reports of third-degree burns.

Read on to see how the user ended up with severe burns and ways to prevent them.

A Reddit user going by the onscreen name of TheMattsterOfSelf posted a picture of his wrist, claiming the burn mark was caused by his Samsung Galaxy Active 2 smartwatch.

In several comments underneath the post, he explains that he takes sleeping medication for insomnia and uses the sleep tracking function on the watch to ensure he gets quality shut-eye. However, the burning sensation wasn’t severe enough to wake him up.

Many users replied with similar experiences, with most of them involving the recalled Fitbit devices that gave users chemical burns earlier this year. In this case, a doctor has subsequently confirmed that it’s chemical burns, too.

This isn’t the first time a Samsung device overheated to the point of injury. In 2016, a highly anticipated Samsung phone saw several faulty units bursting into flames without warning.

While it is extremely rare for devices to combust spontaneously, it does happen. There are plenty of reasons for this, the most common being that users charge their devices in bed, which gets covered with blankets or pillows.

This Reddit user claims that the watch wasn’t charging at the time and was on his wrist the entire night. While one can only speculate, there is a chance that the watch overheated from being covered by blankets.

Here are ways to ensure your smartwatch doesn’t overheat:

Seven smartphone maintenance tips to get the best performance