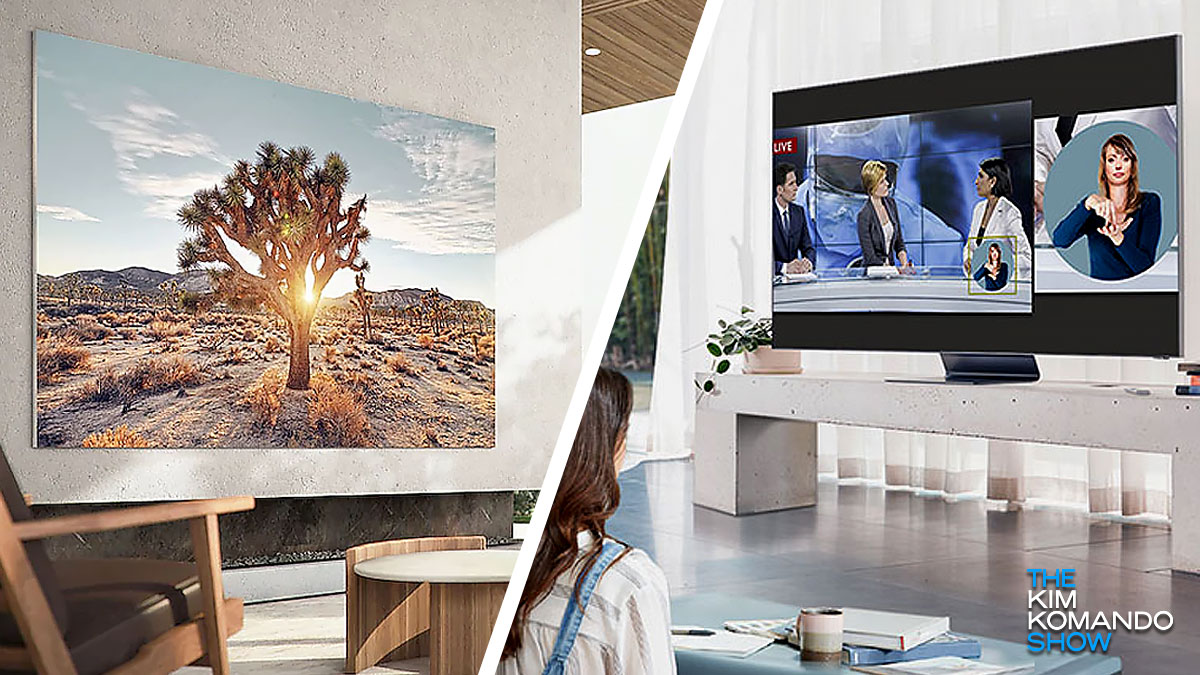 The biggest annual technology convention is just around the corner. But since the pandemic has brought in-person events to an abrupt halt, this year’s CES will be an all-digital affair.

As usual, some of the major television brands got a head start before the live-streamed event kicks off next week. Tap or click here for a refresher course on some of last year’s strangest tech to debut at CES.

As far as what you can expect this year, more rare tech and some impressive new TV models are on the way. Manufacturers LG and Samsung have already unveiled some of their latest products, including a massive television that you have to see to believe.

Samsung isn’t afraid to develop new technology, and in this case, it is the Neo QLED. The newly created display will be incorporated into its 8K and 4K flagship models, making use of the Quantum Mini LED spec.

Seemingly hitting all the new buzzwords like Quantum Matrix Technology and Neo Quantum Processor, the technology is simple to understand. Mini LED is much smaller than traditional LED technology.

Instead of using lenses and light to scatter visuals, Samsung just packed more mini LEDs onto thin microlayers. The smaller the LEDs, the more you can cram into a television set. And the more you have, the better the visual quality.

But wait, there is more

It wouldn’t be enough to simply develop a new technology to use with super-intelligent smart televisions.

The 2021 line-up of Neo QLED 8K and 4K models come stacked with several apps and features. There is no excuse for not hitting the gym, as these models come with Samsung Health’s Smart Trainer included.

Using the television’s built-in camera, Smart Trainer will track your every move and give suggestions on posture, form, and estimate the number of calories you have burned. It can also help you develop a training regime that works best for you.

Every few years, a television maker will release a model that seems a bit over the top. This year it is Samsung’s turn to introduce the ridiculous.

In addition to Mini LED televisions, Samsung also announced a new line of Micro LED models. The technology involves the use of 24-million micrometer-sized LED lights to produce “lifelike colors and brightness.”

For that number of Micro LEDs, you are going to need a massive screen. So large, in fact, that Samsung is only making two models available: 99-inch and 110-inch.

What can you watch on a 110-inch television? Well, Samsung explains that through the 4Vue (Quad View) feature, you will be able to watch four different video sources at once. You can also connect several external sources to one television and watch multiple things.

Strangely there is no explanation for how sound is distributed when four channels are being viewed simultaneously. How much does the 110-inch Micro LED television cost? An eye-popping $156,000.

For the more discerning television viewers, Samsung also announced a new line of The Frame TVs. The Frame’s major drawcard is that it turns into a digital art piece when not being viewed.

The customizable bezel resembles the frame around a painting and gives the illusion of such. Samsung said that it has sold over a million units of the original The Frame.

The latest model is half as thin as the original, and you now have the option of five different colors and two different styles.

The art displayed, whether the television is hanging vertically or horizontally, is accessed through The Frame’s Art Store. With a monthly subscription, you will be able to customize your television with up to 1,400 curated art pieces.

Power from the sun

None of the televisions in Samsung’s 2021 lineup is powered by the sun, but the remote that comes with any purchase is.

Charged through indoor and outdoor light, the remote is made from recycled bottles. Samsung explained that using solar energy to power the remote would save around 99 million AAA batteries from landfills over 7 years. Now that’s innovation!