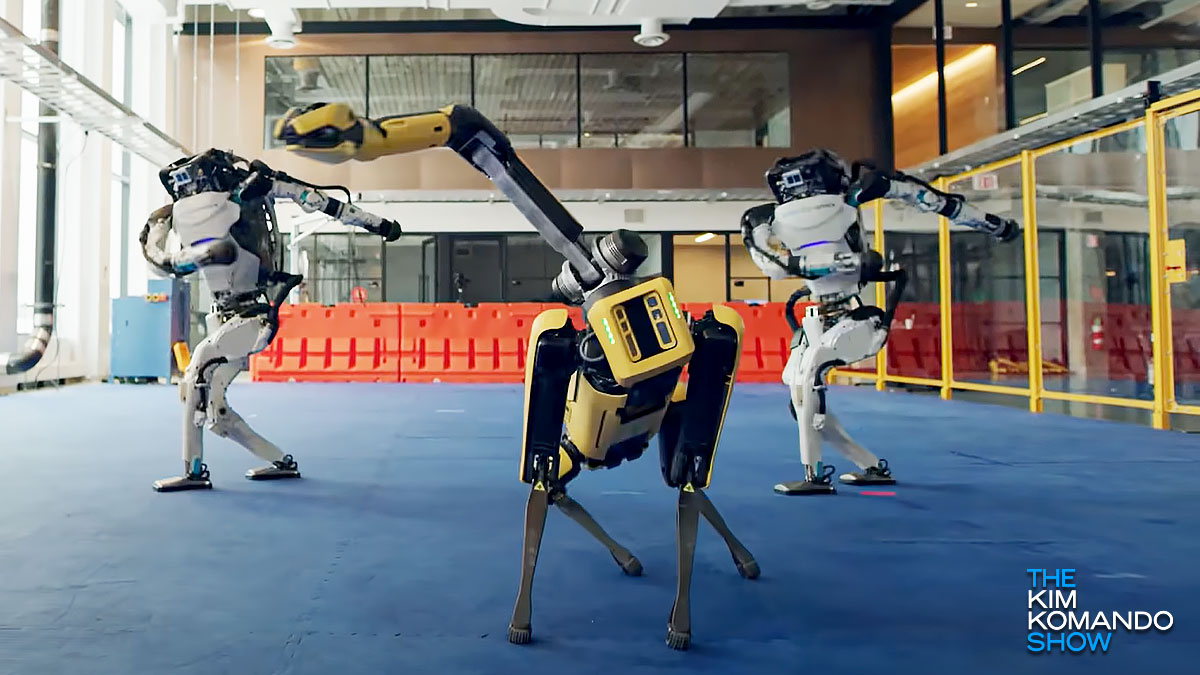 Boston Dynamics had the public in awe a few years ago with the creation of various robots — especially its robotic dog Spot.

Lacking a discernible head or tail and painted bright yellow, it didn’t exactly look like a dog. But Spot’s movement and reactions were unnervingly accurate to a live animal. Tap or click here to see the adorable creature in action.

Since then, the Hyundai Motor Group-owned company has been hard at work, creating several other robots. The main purpose is not to build up an artificial army but to develop systems to help humans. Robotic applications can range from disaster, electrified, or radiation area inspections to bomb disposal and even triage during emergencies.

But it isn’t all dangerous work for Spot and his friends Atlas and Handle. These robots can also be used in the entertainment industry. By programming dynamic movements and expressive poses through API, they can be used in a performance.

And that is exactly what Boston Dynamics has been showing off in its latest video. Breaking out some serious dance moves to “Do You Love Me?” by The Contours, the Atlas performs several twists, hops, jumps and arm gestures in time with the beat.

As the song was released in 1962, the Atlas goes into a jive routine. It’s easy to forget that it’s a robot and not a human in a suit.

The robot is joined by another Atlas and Spot when the twist part of the lyrics kicks in. Clearly having a bit of fun, the trio hops into the running man dance. Spot has been given an elongated neck and head/mouth with which it mimes the lyrics.

After some fancy footwork, a Handle robot joins them on the dance floor. We don’t want to give all the hilarious details, so watch the video below to see it for yourself.

Why would Boston Dynamics do this? Well, it wants everybody to start the new year on a happier note. “Our whole crew got together to celebrate the start of what we hope will be a happier year: Happy New Year from all of us at Boston Dynamics,” read the description on the YouTube video.

RELATED: 3 robots that will do your housework for you