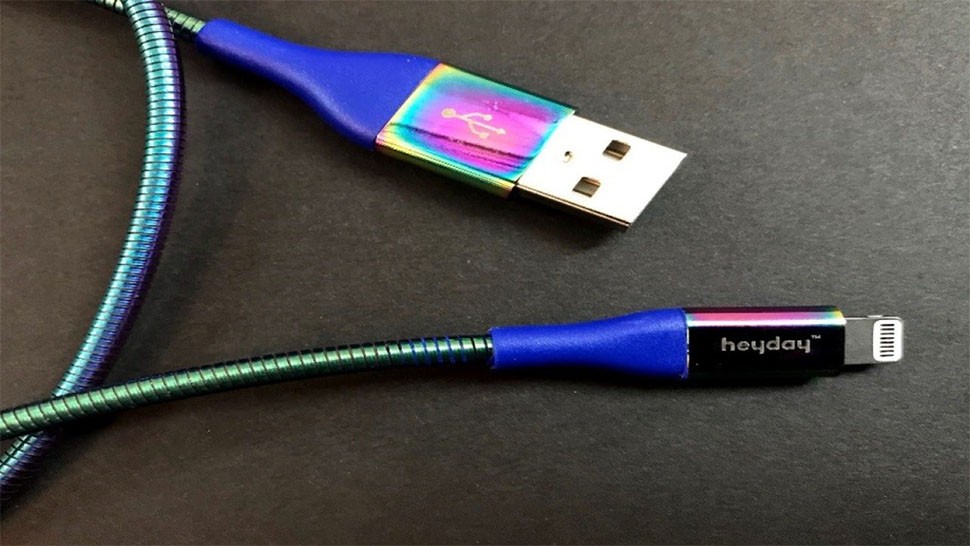 Take note of this new and major product recall. Target is recalling tens of thousands of USB charging cables that can pose a fire hazard.

The Consumer Product Safety Commission (CPSC) said consumers should immediately stop using the product and return the recalled cable to any Target store for a full refund.

This recall comes a week after more than 40,000 portable speakers were recalled due to possible explosions.

Target is recalling 90,000 of its “heyday 3 Foot Lightning USB” charging cables. The cables are used to charge cellphones and other electronics that use lightning connector charging cables.

The metal charging cable is purple, green and iridescent blue. The word “heyday” is printed on the cable’s connector. The metal around the cord can become electrically charged if it contacts the USB wall charger plug prongs while charging, thus posing shock and fire hazards.

Target has received 14 reports of the cables smoking, sparking or igniting, including two reports of consumers burning their fingers.

The model number 080 08 8261 is printed on the side of the recalled product’s packaging. The cable was sold at Target stores nationwide and online at target.com from June 2018 through January 2019. Manufactured in China, the cable retailed at about $15.

Related: Throw away these cans in your pantry immediately

Last week, the CPSC announced the recall of 41,000 portable speakers from ION Audio due to potential explosions.

The recall covers four models of ION Audio’s portable speakers. There have been reports of a handful of explosions but no injuries. The company is issuing refunds in the form of gift cards.

ION Audio said that hydrogen gas can leak from the portable speakers’ battery when charging, causing the speaker to burst, posing an explosion hazard.

Ion Audio has received five reports of speakers exploding, including four incidents that resulted in property damage to the surrounding area. No injuries have been reported.