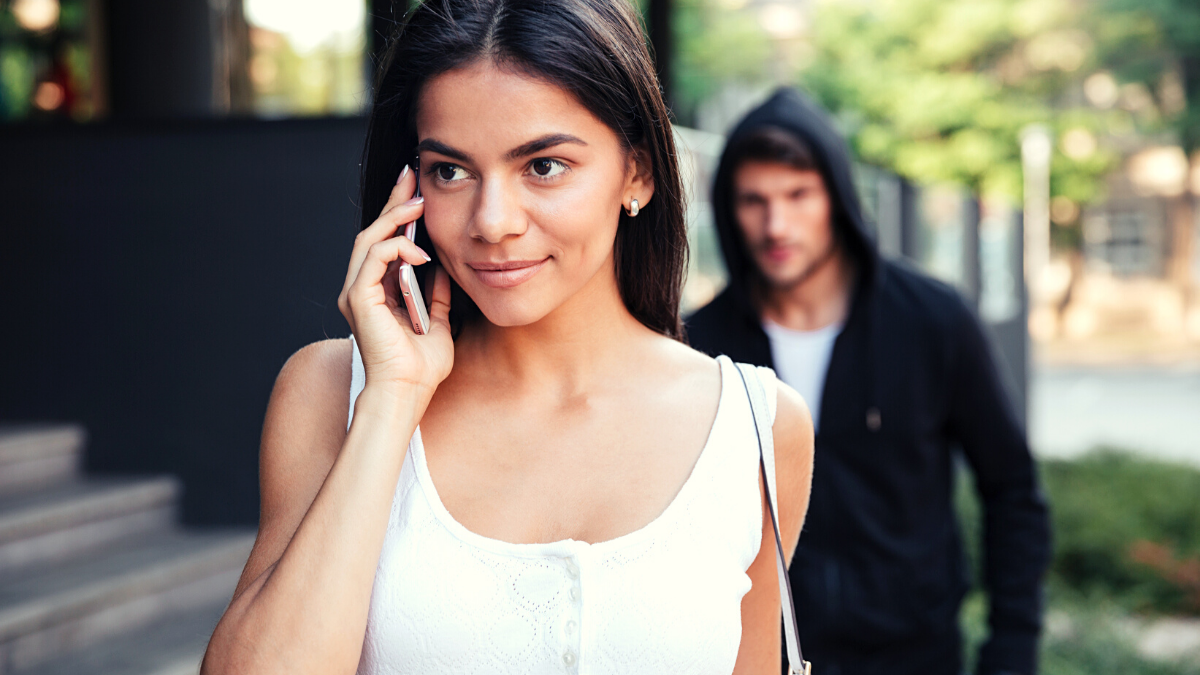 Modern tech gadgets make stalking easier than before — which means you need to be aware of the many ways people can track you. One husband always knew where his wife went, down to her arrival and departure times, although she didn’t tell him the details. When she asked me for help, I told her he was probably tracking her through Google, which keeps a secret map of everywhere you’ve been.

That’s because Google Maps works even if you don’t have a Google account associated with it. It uses the GPS location on your phone to see where you are and where you’ve been for the past five years. Tap or click here to turn off this invasive Google Maps setting.

Bluetooth trackers are another considerable risk to your privacy. Strangers, jealous exes and even burglars use Apple AirTags to track down unwitting victims. Here’s everything you need to know about this threat, along with a few defense strategies.

I keep getting emails from people saying they’ve seen Apple AirTags stuck on their bags, cars and so on. Some people are driving around the city, doing their errands, when they notice a Bluetooth tracker attached to their vehicle. That means some creep is tracking them on their phone, noting their every location.

Here’s a quick overview of how this happens.

So, Apple released AirTags in 2021. They cost $30 a pop — or you can get a four-pack for around $100. Since they’re affordable, anyone can buy them. Unlike most Bluetooth trackers, they aren’t GPS-based. To make a long story short, they work by pinging off nearby iPhones.

They’re designed to help anyone who loses things. For example, you can attach them to your keys, so if you ever lose your fob, you can whip out your smartphone to find its exact location. Unfortunately, car thieves can use Apple AirTags to track your vehicle and steal it straight from your driveway.

PREPARE YOURSELF WITH THIS TIP: 6 ways to keep your car safe from thieves

One YouTuber called Travis MCP put this to the test. He secretly planted an Apple AirTag on his friend’s car, watching his every move for 18 hours. Not once did his friend get a notification from Apple.

However, one woman did get a notification, which potentially saved her life. While driving home from a bar, a Twitter user saw an alert on her iPhone. Then, she found an AirTag attached to the underside of her car’s wheel well.

If you ever get an alert about an AirTag tracking you, follow these steps:

Only iPhone users get automatic notifications. If you’re using an Android phone and suspect someone is tracking you, you have to download the Tracker Detect app and scan it manually.

What to learn from this story

Luckily, Apple alerted her of this issue. However, remember that this might not always work. As Travis MCP said, he was able to track his friend for 18 hours, and his friend was none the wiser.

For this reason, we recommend looking over your car before taking off. Typically, a burglar or stalker will slip a Bluetooth tracker in your wheel well or under the vehicle. Look around and feel around for any small metal objects.

We know it’s annoying, but there’s no other way. And it may take a while before the tracker alerts you.

Jackets and bags can also put you in danger

A Texas woman named Sheridan Ellis said she found a Bluetooth tracker in her purse after enjoying a birthday dinner with friends. “Check your bags,” she said in a caption. That’s why you should zip up your purses or keep them closed in another way. Otherwise, a shifty stranger could sneak one of these trackers into your bag.

Fortunately, Ellis found a Tile tracker instead of an AirTag. Tiles use GPS, which means someone can only track you if they’re within 250 feet. However, those limitations don’t apply to AirTags.

An Instagram model named Brooks Nader says she left a coat on a chair while drinking at a bar. A few hours later, she was walking home at around 11:30 p.m. when she got a notification from Apple.

“It said, ‘Someone is tracking you and has been tracking you for a while,'” she said in an Instagram video. It turns out someone had put an AirTag in her coat’s pocket. Since she was walking home alone at night, she was terrified.

Sadly, it looks like you’ll have to start checking your coat pockets, bags and even your car when you go out. Until Apple finds a solution for the misuse of AirTags, it’s another step you’ll have to take to stay safe. Think of it as a precaution, like locking your car or buying a security system.

There’s a silver lining, though

The situation isn’t hopeless, however. Organizations are holding Apple accountable. On Jan. 26, the Surveillance Technology Oversight Project demanded Apple stop selling AirTags. The non-profit advocacy organization warned about the stalking risk in the past and said Apple’s safeguards have failed.

In light of recent events, Apple updated its Personal Safety User Guide with instructions for people who find unknown AirTags (or hear a tracker make a sound).

The guide has been around for a while, but this update provides more in-depth information. Android and Apple users alike get instructions for what AirTag alerts mean and what to do if they’re being followed.

However, Apple hasn’t made any changes to AirTag’s functionality. For now, critics at least know Apple is aware of the problem.

Whether or not these updates can solve the stalking issue remains to be seen. In the meantime, stay on the lookout for hidden Bluetooth trackers.

A woman was being harassed and stalked. How we found the guy.