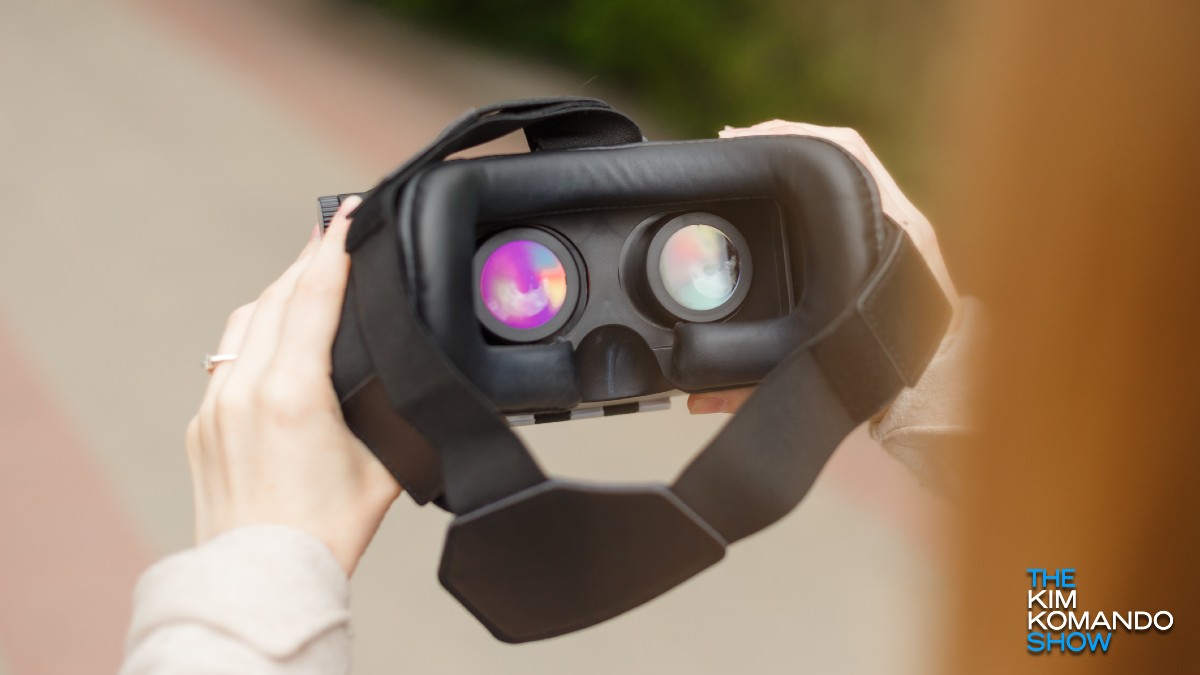 Technology has been used for some surprising feats in the past decade. We’ve seen developments like drone delivery take shape, as well as new ways of consuming content from the comfort of home.

But no one expected technology to bring back the dead. Thanks to VR, holograms and neural networks, it’s possible to resurrect dead actors and musicians to perform for our amusement. Tap or click to see Kim’s take on celebrity holograms.

But all the undead celebrities in the world can’t compare to seeing a loved one revived. One Korean company created a program that lets people touch and interact with deceased family members in a VR environment. Have we finally crossed a line?

The Munhwa Broadcasting Corporation of Korea has created the ultimate VR environment for grieving families. As part of a documentary titled “I Met You,” the company has combined simulation technology with genuine human emotions to help a mother interact with her dead child years after the girl passed away.

MBC’s simulation utilizes state-of-the-art VR equipment, green screen tech and haptic feedback to make the illusion as realistic as possible. Touch is simulated with help from haptic sensors in the gloves worn by participants, which even allows them to do things like hold their child’s hands.

As part of the documentary’s demonstration, Jang Ji-sung worked with MBC for over eight months to help make her daughter Nayeon come back to life. Motion capture artists even accurately portrayed her movements to deepen the illusion.

But once the goggles went on, there was no going back. Jang was overcome with emotion once she was reunited with her daughter again. See for yourself in this clip from MBC:

The result is one of the most heartbreaking applications of technology we’ve ever seen. Speaking of the event afterward, according to the Aju Business Daily, Jang said she “had the dream I’ve always wanted.” She added that she participated in the project to help comfort other grieving parents.

As poignant as this technology seems, are these simulations actually good for helping people process death?

While some might argue this technology can serve a healing purpose, others aren’t so sure.

Acceptance has long been seen as one of the final, and most significant, stages of the Kübler-Ross model of grief. While people like Jang approach the project with an understanding that it’s just a simulation, someone who hasn’t fully accepted the finality of death may find themselves wanting to keep the goggles on.

Imagine a VR simulator that could give you everything you want. Imagine seeing deceased loved ones, pets from bygone years and special places from your memories. Would you even want to come out?

Nostalgia is one of the most potent emotions you can experience, and it’s ruthlessly exploited on an industrial scale. Just look at how many revivals and reboots of popular, bygone franchises there are. Tap or click to see how Disney revived Aladdin for the 21st century.

It’s only logical to assume a well-done VR simulation would hold a similar power over people.

But we’re not quite there with virtual reality yet. The industry is in its infancy, and there is plenty of room to grow. We’ll likely see in-depth VR video games before any experiences like the one above. Tap or click to see a VR golf game that feels like the real thing.

After all, people are more willing to pay for fun than pain. We’ll leave the ethics of grief VR to the futurists and philosophers.