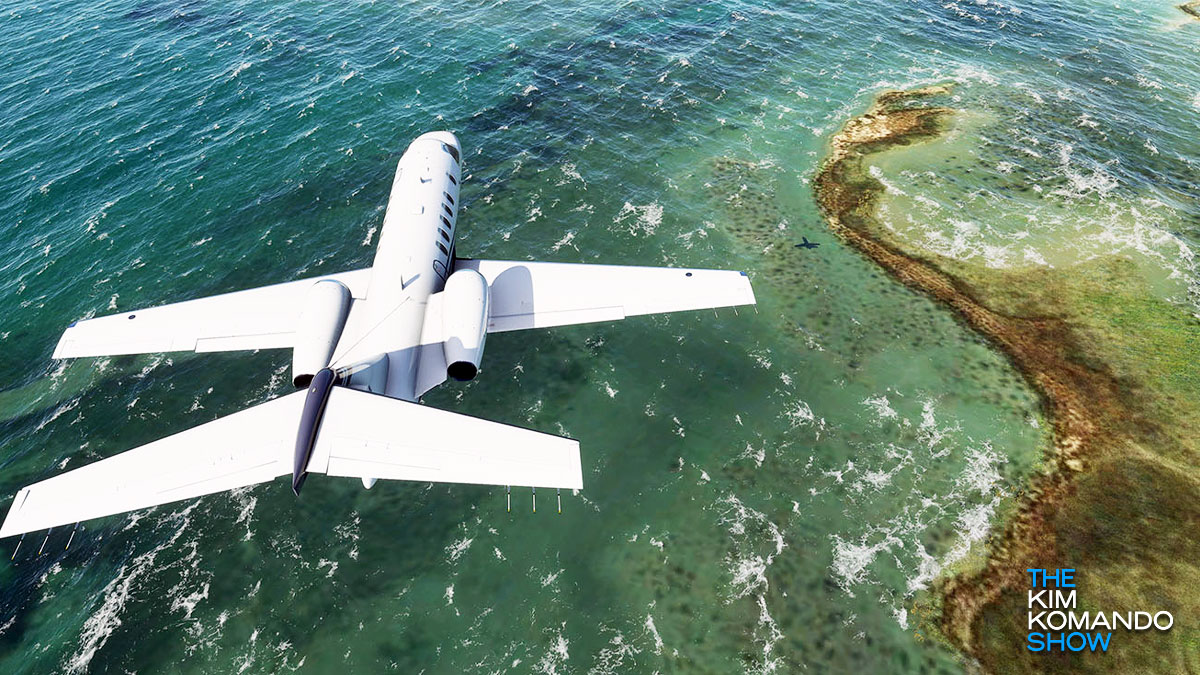 If you’ve been hesitant to travel in recent months due to the pandemic but are missing the feeling of flying, we have good news for you. You will now have the option to hop on any flight path you want to and check out the world views while still staying socially distant.

That flight won’t force you to be strapped into a small airline seat in a mask, either. It will happen from the cockpit with you as the pilot — and you won’t need hundreds of hours of flight school to make it happen. We’re talking about Microsoft’s new version of its Flight Simulator video game — which takes you through the entire process of flying.

With Flight Simulator, you’ll launch off the runway, into the air, and then soar through the clouds on your path to anywhere your heart desires. While Microsoft has been releasing updates to its simulator since 1982, it’s been a while since it’s been updated. This new version is by far the biggest update yet — and we think you’ll like what it entails. Want to play other classic video games? Tap or click here to play Doom, Oregon Trail, Warcraft and other classic games online.

With nearly four decades under its belt, Flight Simulator is Microsoft’s oldest franchise. It allows players to take a flight to anywhere in the world in a plane that they navigate. This simulator has built a loyal fan base thanks to its realistic imagery and graphics — and the new update only adds to the draw.

You may also like: Quick and easy way to find live sports and TV shows

The new Flight Simulator starts off by asking you to choose a flight path. You are then placed on a runway and must go through the process of gaining momentum for liftoff — just as you would in real life. Once in the air, you have to balance your speed and momentum while dodging obstacles that are in the way.

That’s all pretty status quo for a flight simulator, but what’s cool about this new version is there are a ton of new features.

This update brings graphics and imagery depicting 1.5 billion buildings, along with real mountains, roads, trees, rivers, animals, traffic and more. The detailed airports you can visit were built from scans and blueprints used in real life, and the same level of attention is given to detail given to both large and small airports alike.

The satellite images work in tandem with Microsoft’s Azure cloud technology to create a world that is awe-inspiring and realistic, and the attention to detail can be seen throughout.

With this new version of Flight Simulator, you’ll be given access to flights that take off from over 37 thousand airports in 2 million cities. That’s all the airports in the world.

You can take a quick flight out of massive commercial airports like JFK or LAX, but you can also lift off from airports tucked into the jungles of South America or other remote locations and find yourself peering down over the Eiffel Tower or Big Ben in no time.

One of the best new features of Flight Simulator is the massive World Map menu. If you’re using the World Map menu, you can drop your plane anywhere on Earth and start flying.

This is possible because the game generates its world using satellite data pulled from Bing Maps, so you aren’t limited to a starting or stopping point when flying. Want to take off from the middle of a jungle? Go for it. Want to drop in on top of the 10 freeway in Los Angeles? You can. All you have to do is click anywhere on the map in the World Map menu and you’ll land mid-air right above that location.

If you want realistic, Microsoft is giving it to you with the new live weather and traffic features. You’ll encounter the same weather disturbances pilots who are flying actual planes would encounter on their routes that day, and you can use these features to see other players around you, too.

Even cooler, though? The flight simulator will also simulate real daily air traffic across the world. You may be flying in a game, but that flight you see across from you could easily be happening in real life, with real passengers.

Though flight simulation is the point of the game, you can opt-out of flying if you want to while still exploring the towns and cities in the game. All you have to do is control a drone instead, which lets you fly around from a drone point of view and explore.

Whether you’re an experienced AI pilot or trying the game out for the first time, this new version of Flight Simulator will scale to your level of experience. You can choose from a variety of aircraft, including light planes to commercial jets, and the interactive and highlighted instrument guidance and checklists will vary based on your skill level. You can even opt to filter out inexperienced or nuisance pilots when in multiplayer mode.

If you aren’t ready to pony up the cash for Microsoft’s newest Flight Simulator, there are few free options you can check out instead.

Flight Gear, an open-source flight simulator, is available for free and is supported by a number of different platforms. You’re given the option to choose between three different flight models and over 20,000 real-world airports are included in the full scenery set. The flight simulator even offers an accurate time of day scenery and settings, making it an immersive experience.

GeoFS is a flight simulator generated from satellite images and digital geographic data. You can run it for free in your web browser without anything to install, or you can subscribe to worldwide HD aerial images, which are suitable for VFR flight. You can also opt to install one of the two available Apps on your mobile device — which isn’t always an option with free flight simulators.

Google Earth also offers a free flight simulator that can be installed on a Mac, Windows, or Linux computer. All you need is a mouse or joystick and a keyboard to play, and while it’s nowhere near as sophisticated as Microsoft’s Flight Simulator, you can still explore the Earth from the clouds above — all from your computer chair.