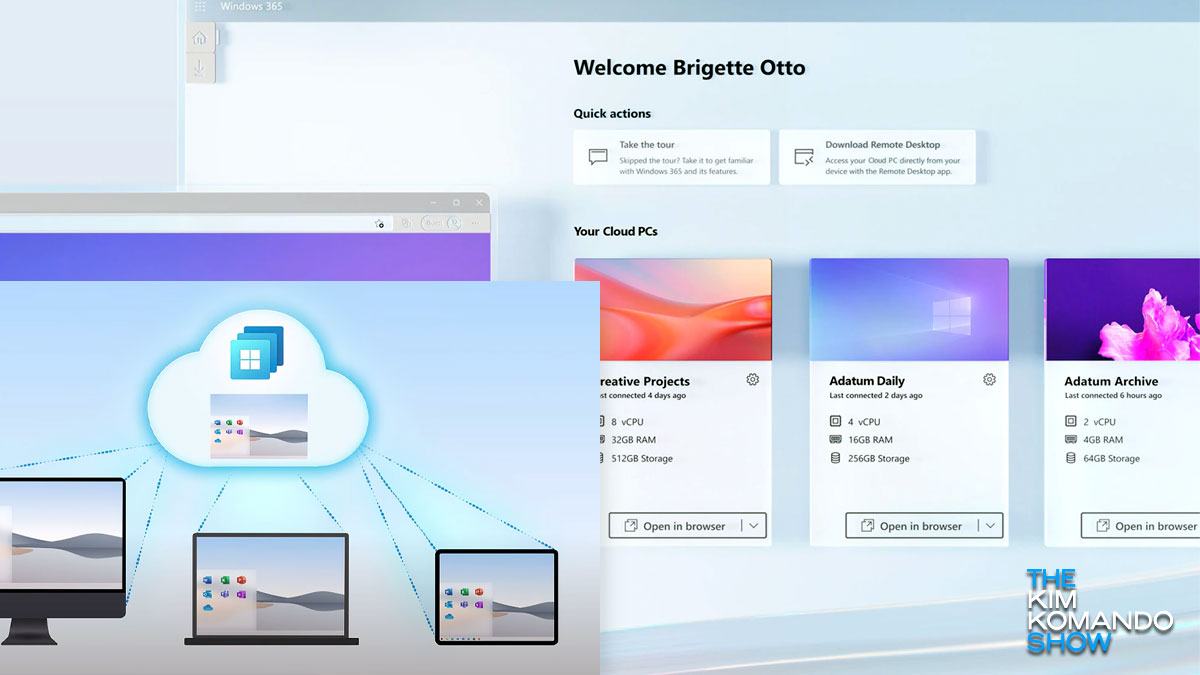 “Cloud computing” has become a bit of a buzzword over the last few years. Every company seemed to have services or applications hosted in the cloud — or in other words, available online. Together with that, Software as a Service (SaaS) also became a trendy word to use in technology boardrooms.

Microsoft is no stranger to SaaS or cloud computing, as many of its offerings like Office 365 and Xbox Live have online-only elements. The company has now taken that one step further by redeveloping an existing solution for Windows-based computers.

Staying with Microsoft’s product naming convention, the company unveiled Windows 365 — a cloud-based way to work on a virtual Windows computer. It’s not a replacement for Windows 11 but can definitely help when working from home.

Windows 365 was built on the foundation of Microsoft’s Windows Virtual Desktop. This allowed anybody on a different operating system to access a Windows PC virtually. The service was renamed Azure Virtual Desktop last month, and it’s this that Windows 365 taps into.

You might be wondering why the creator of Windows would release a virtual version of its operating system. Well, it makes developing software a lot easier if you only have a Mac or Linux machine.

If your computer at home isn’t quite capable of doing what you need to, or you only have a Mac while, this is the solution. You simply connect to the virtual Windows-based computer and continue with your day.

It’s a computer in the cloud that you can access from anywhere.

“Windows 365 combines the power and security of the cloud with the versatility and simplicity of the PC. From contractors and interns to software developers and industrial designers, Windows 365 enables a variety of new scenarios for the new world of work,” reads the promo script on Microsoft’s website.

When can you use it?

The official launch date has been set for Aug. 2, 2021, and pricing will be made available the same day. This will naturally be influenced by how you set it up.

Details are a bit scarce on exact configurations, but it is understood that installations can have up to eight virtual central processing units (CPU), 16GB of RAM, and 512GB of online storage. There are also talks of adding dedicated graphics processing units into the fold.

A typical installation includes support for all of Microsoft’s products, and the company is also working with third-party developers to build more compatible applications.