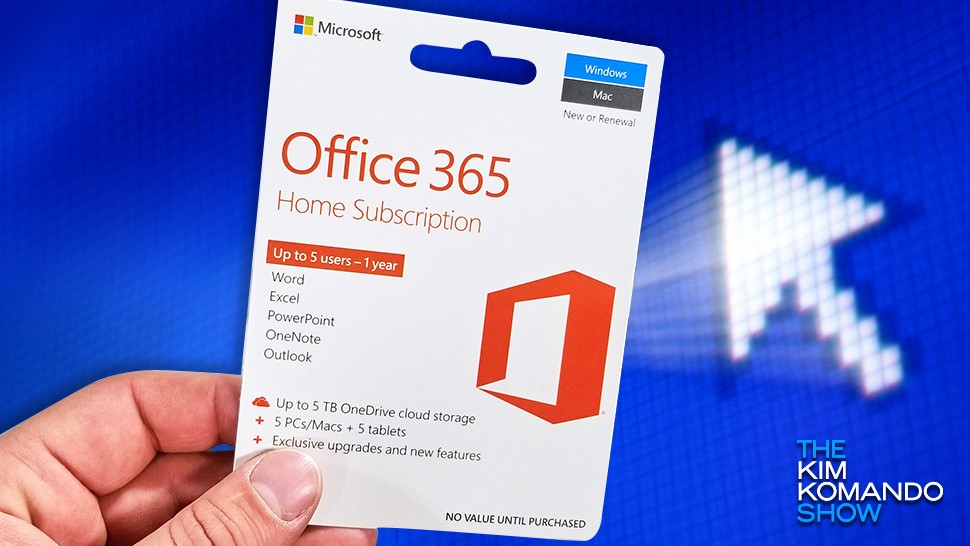 You probably know about this little software program called Microsoft Office. Microsoft estimates that more than 1.2 billion people still use Office on a regular basis. That’s one in seven people on earth! To say that Office is quite popular is a huge understatement since it is one key component critical to Microsoft’s whole business strategy.

However, a big part of the company’s future plans is a tighter integration of its products with its cloud-based services and subscriptions. In fact, Microsoft now boasts around 120 million Office 365 active subscribers and it’s projecting that two-thirds of its business Office users will be relying on the cloud by 2019.

But is Microsoft’s push for cloud-based services deliberately putting its offline Office users at a disadvantage? With the recent release of Office 2019, it certainly appears like that’s the case.

Read on and see why Office 2019 is NOT the version you would want to get.

The commercial version of Microsoft Office 2019 was released for Windows and Macs this week, but if you’re expecting it to be a mirror version of its cloud-based counterpart, Office 365, then you’re in for a disappointment.

Fun Fact: Microsoft’s first Office application was a spreadsheet application called Microsoft Multiplan, released in 1982. The company changed the software’s name to Excel when it was launched for the Macintosh in 1985.

While Office 2019 has some of Office 365’s features like Learning Tools in Word and Outlook, new Morph and Zoom in Powerpoint, and “Microsoft Ink” improvements, it lacks most of Office 365’s best functions.

For one, Office 2019 won’t have Microsoft’s machine learning capabilities and new search functions. It won’t have Office 365’s intelligent security features nor real-time document collaboration, either. This is understandable because these features rely on Microsft’s cloud servers.

Microsoft also made it clear that Office 2019 is a one-time purchase and will not receive feature updates (it will still get the occasional quality and security updates, though). This means that unlike Office 365, where subscribers always get the latest and greatest features, Office 2019 users will be stuck with whatever application feature sets they have.

When Office 2016 was released a few years ago, it was identical to its Office 365 counterpart at that point in time, with virtually all the same features and functions. Office 2019, however, is now missing a whole set of features that are only available via an Office 365 subscription.

So what’s the message that Microsoft is sending with this distinction? Well, if you want the best Office experience available, you have to move on and subscribe to Office 365.

So if that’s the case, why does the offline “on-premises” version of Office still exist? That’s because although Microsoft understands that cloud-based applications are the future, some organizations and businesses are still not ready to make that leap.

“For many customers, Office 365 is the way to go. It’s the most secure, intelligent and collaborative version of Office.” Microsoft wrote in its Office 2019 FAQ.

“However, going to the cloud is a journey, and our customers may be in different stages of that journey. This includes hybrid and on-premises. To support those customers, we have Office 2019, a valuable new release of Office with a subset of features from Office 365.”

This move actually follows trends from other software companies who have shifted their applications to cloud-based subscription services.

For example, Adobe had successfully transitioned users from standalone versions of its popular products (like Photoshop and Premiere) to its subscription-based Creative Cloud service. With how Office 2019 is marketed, it’s obvious that Microsoft wants to replicate that success with Office 365.

Back in July, Microsoft announced that it will increase the commercial price of Office 2019 by 10%. This means a full shrink-wrapped copy will cost around $225. A one-year, one-computer subscription to Office 365 Personal is $70.

Assuming that the offline version of Office gets updated every three years, subscribing to Office 365 will actually be cheaper, bringing the total cost of ownership down in the long run. Additionally, with 365, you will always get the latest versions of all the Office applications each time.

According to Microsoft’s Office 2019 FAQ, here are the Office 365 features that are missing from Office 2019:

If you’re still thinking of going offline with Office 2019, here all the improvements of Office 2019 versus Office 2016.