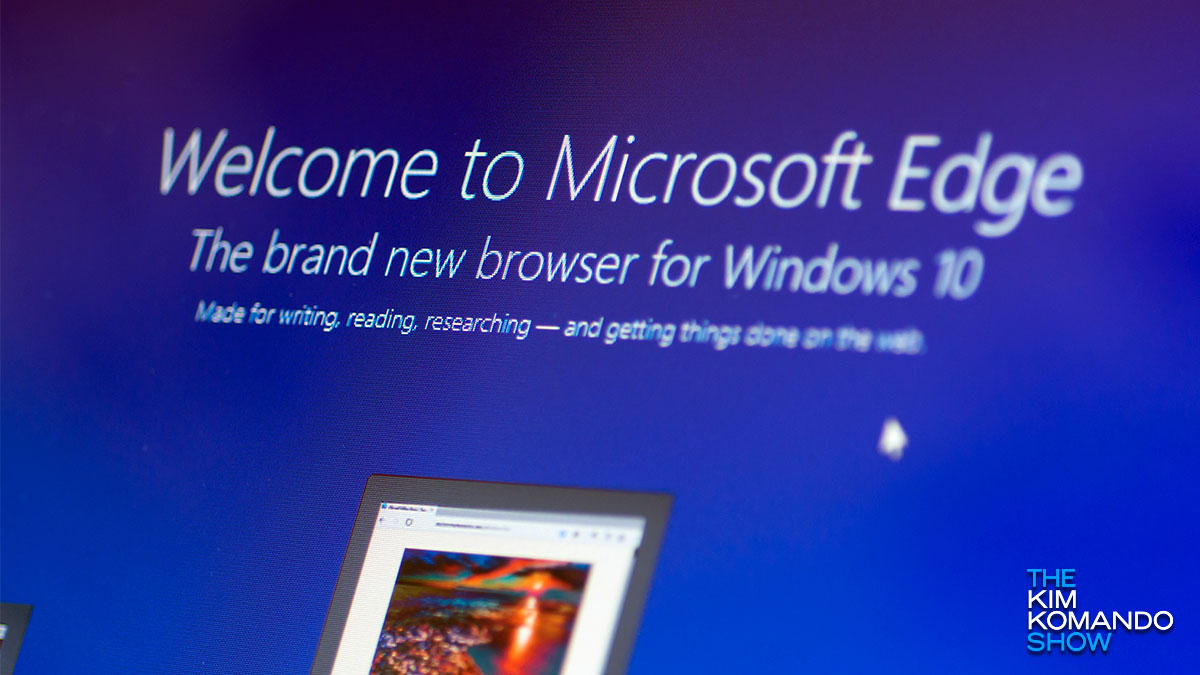 When you boot up your computer, what’s the web browser you use to check Komando.com? For most of us, it’s Google Chrome — currently the most popular browser in the country. For others, it’s Mozilla Firefox — a privacy-centric browser that we recommend for savvy users. And let’s not forget our Mac users running Safari, of course.

But there are still some people, in spite of the times, that continue to use Microsoft’s Internet Explorer. Microsoft has all but replaced the browser in most modern versions of Windows, and agencies like the Department of Homeland Security have advised against using it due to security concerns. Tap or click here to find out why.

But after more than two decades of service to Windows users, Microsoft is officially pulling the plug on Internet Explorer. The company has announced it will no longer support it with patches or updates, which means the pressure is on to update your browser and adapt. Does this mean it’s worth switching to Microsoft’s new browser, Edge?

In a new blog post, Microsoft confirmed what many Windows users reluctant to update have feared for some time: Internet Explorer is officially dead. Microsoft stated that by November 30, 2020, the browser will be considered retired forever, which means no more security patches, updates or support from its developer.

This is major news considering how long the program has survived. Internet Explorer first went into service 25 years ago, and since then, it’s been shipped with several editions of Windows. But now, the sun is finally setting on IE as Microsoft urges everyone to make the switch to its newer, faster browser: Microsoft Edge.

This may be a big change for those who have yet to upgrade to Microsoft’s newer software. This includes Microsoft’s older operating systems like Windows 7, which now means using the venerable browser can cause serious security risks.

It’s a major decline for the browser that was (until 2012, at least) the most popular one in the world.

Now that we know Internet Explorer is as good as dead, users comfortable with Microsoft’s classic browser are probably wondering whether Microsoft Edge is worth making the switch too. Well, we must say, compared to Internet Explorer, it’s an entire world of difference.

Not only is Microsoft Edge much faster than IE, but it’s also able to take advantage of its deep integration within Windows. This is especially true now considering Microsoft also announced that future versions of Microsoft Edge will not only ship with all new editions of Windows by default, but it also cannot be uninstalled.

If this sounds alarming, don’t worry: Apple does the same exact thing with Safari. Making the app a part of the OS allows it to tap into deeper resources than an ordinary app could. Plus, you do need a browser from the get-go in order to download Chrome, right?

Jokes aside, Edge is filled with several great features. It’s extremely fast (sometimes even beating Chrome in speed tests), and integrates Bing into features like Autofill, which can help you automatically add coupons to things you’re trying to buy without you having to look for them. Tap or click here to see how Edge stacks up against Chrome.

According to beta testers from BleepingComputer, an upcoming feature will even give you price comparisons for the products you’re trying to buy while you shop online. How cool is that?

In any case, using Edge is not only faster and more convenient, but it’s also safer — lacking the myriad of security flaws that made IE a virus magnet.

But if you’re still not convinced, Edge is just one of a handful of excellent browsers you can choose from. Wondering which one to pick? Tap or click here to see our favorite web browsers as they compete head-to-head.