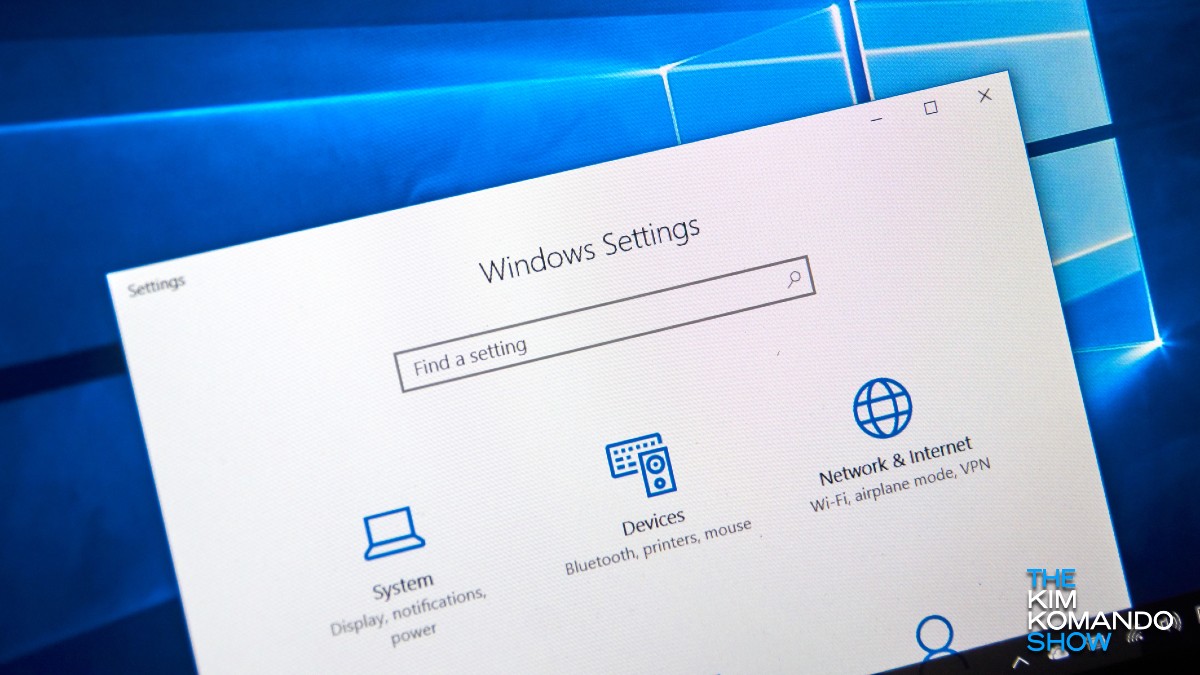 If you’ve used Windows over several editions, you’re probably used to the layout by now. Aside from the weirdness that was Windows 8, it’s all fairly routine: The Start Menu is in the bottom left, you can right-click to copy and paste, CTRL+ALT+DEL opens the task manager and the Control Panel lets you adjust settings.

But now, based on beta tests, it appears that Windows 10 is getting a significant menu makeover. Tap or click here to see a recent security flaw that may be prompting future Windows 10 updates.

As per early reports, Microsoft is doing away with the current Start Menu in favor of something much sleeker. What’s more, the legacy Control Panel we all know and love is finally coming to an end. Here’s what you can expect from Microsoft’s next batch of big changes.

In a new blog post uploaded by Microsoft, the company unveiled a sneak preview of an upcoming Windows 10 release for beta testers. This update (Build 20161) includes several major cosmetic changes, including an adjustment to how the Start Menu looks and feels for users.

In a major departure from earlier editions of Windows, the Start Menu will now be visible without any signs of Live Tiles, Microsoft’s previous attempt at making Windows 10 more touch-friendly. Seeing as the feature was mostly unloved by professional users, it’s no surprise to see it getting the ax in the latest update.

But that’s not the only big change coming to Windows 10. In a surprise move, Microsoft also revealed it would be doing away with the legacy Control Panel menu, which allows for fine-tuning Windows’ various settings and options.

Instead of accessing the Control Panel like usual, you will be directed to the updated Settings menu, which features bolder text and graphics, as well as easier to understand instructions. The Settings menu has been available for some time now, but this marks the first major instance of it completely usurping an older menu option.

But if you’re a power user, don’t fret: You’ll still have access to all the same options you would have in the old Control Panel. They’ve just moved to a different location: The About tab. Not all legacy Control Panel features will be available right off the bat, but Microsoft does pledge that they will continue to be implemented in future updates.

Beyond the Start Menu and Control Panel changes, you can also expect to see changes to the ALT-TAB command. Now, when you activate ALT-TAB, you’ll see every Microsoft Edge window you have open at once. It’s a great way to get a sneak preview at whatever you might have open. Tap or click here to see how Google Chrome compares to Microsoft Edge.

When can I expect these changes to take place? How do I update?

Right now, Build 20161 is only available to users of the Microsoft beta test program. While it may feel exciting to try out new software early, we would advise against it as of now due to how unpredictable beta software can be. You don’t want your computer to be incompatible with its own software, would you?

Currently, there is no set date for when you can expect the update. However, you can prepare yourself for its arrival by activating automatic updates in Windows 10 settings. Here’s how to do it:

We may not know when the update is ready, but with this feature activated, you won’t have to worry about missing it. Plus, you’ll be one step ahead of hackers if Microsoft releases security patches out of the blue. Just make sure you’re regularly backing up your data in the event the updates are buggy. Tap or click here to see 5 steps to back up your data like a pro.