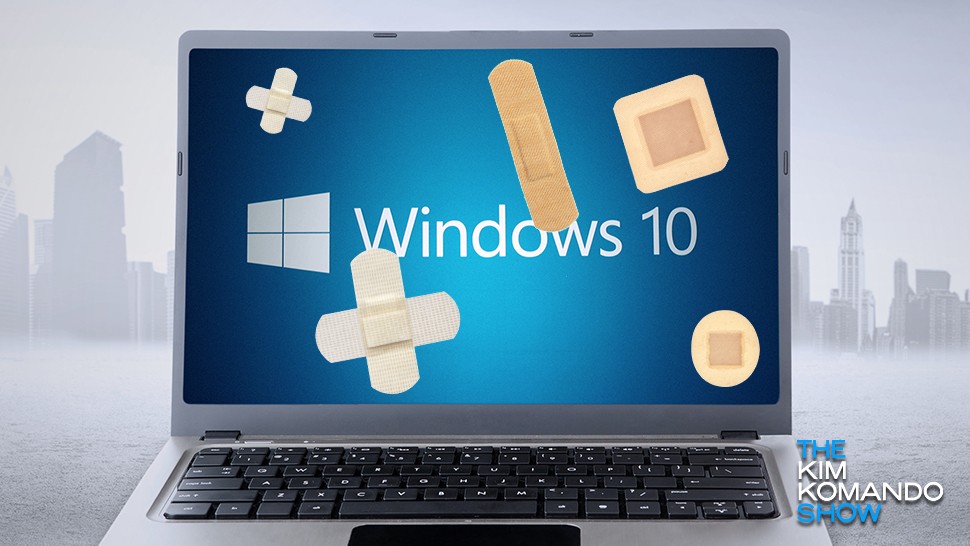 If you look at the history of Microsoft’s attempts at Windows updates, particularly over the past year or so, you’ll see it’s about as reliable as Facebook at keeping your personal data private.

With all the trouble, it’s understandably made a lot of people a little apprehensive about rolling the dice on anything Microsoft releases, from basic patches to full-fledged major updates. Sorry to say, its latest debacle probably isn’t going to improve your confidence.

The Windows 10 May 2019 update is just about here, but a preview is being blocked from installing on a wide range of PCs. And the dumb reason it’s happening will probably surprise you.

It seems like barely any time has passed since Microsoft’s most recent fail. Oh, that must be because it was earlier this month. That one revolved around a patch that wasn’t getting along with certain types of antivirus software, and causing PCs to freeze up.

Before that, another Windows update was found to severely degrade performance for a lot of users. And don’t even get me started about last year’s troubles, culminating with the release and subsequent removal of the big Windows 10 October 2018 update.

GET WINDOWS TO REPAIR ITSELF AUTOMATICALLY

This time, the trouble is starting before the Windows Insider Program preview release is even installed. And all it takes is a small piece of hardware to throw a stick in the spokes.

The latest trouble deals with the Release Preview for 2019 Update for Windows 10, version 1903, which is available only to Windows Insider Program customers. Unless it gets fixed, it’s going to be a problem for the full release, too.

Some folks trying to upgrade to the latest version are running into a brick wall. Check out the vague error message they’re seeing below:

Apparently, “your PC has hardware that isn’t ready for this version of Windows 10,” because of an external USB device or SD memory card. That’s right, the wheels of progress come to a screeching halt because of a thumb drive.

According to a Microsoft blog post on the issue, having these attached could cause inappropriate drive reassignments. Here’s how Microsoft explains the issue:

An upgrade to the May 2019 Update is tried on a computer that has a thumb drive inserted into a USB port. Before the upgrade, the device would have been mounted in the system as drive G based on the existing drive configuration. However, after the upgrade, the device is reassigned a different drive letter. For example, the drive is reassigned as drive H.

The problem is, it’s not just limited to USB or SD drive reassignment. The BIG issue is that it can also mess with the internal hard drives, too. Like I said, a dumb problem, but I definitely support Microsoft stopping the update before it leads to serious trouble with your PC.

Bypass the block and install, if you dare

Here’s the detailed and extremely sophisticated information you need to successfully work around the issue and install this Windows update. Ready for it? Unplug those external drives and try the update again.

If you’re tired of the update trouble as it is, there’s really not a way to turn off Automatic Updates for Windows 10 home users. What you can do is turn on the Metered Connection setting, which is designed to save bandwidth and thus prevent automatic downloads – only if you’re connected to Wi-Fi, not Ethernet.

Just search for “Change Wi-Fi Settings” on your taskbar, click on “Advanced Options” and toggle “Metered Connection” to on.

Help should be on the way, though. The big Windows 10 update coming in May will add quite a few features, like an improved start menu, a new light theme along with separation of search and Cortana. The bigger takeaway, however, is that you’ll now have the ability to pause updates for a certain number of days.

Of course, this is assuming there’s no major problems with this update, too. Fingers crossed.

For now, I’ll leave you with a joke: What does playing baseball in your backyard have in common with installing the latest updates on your PC? No matter what you do, there’s a pretty good chance you’ll end up breaking Windows.