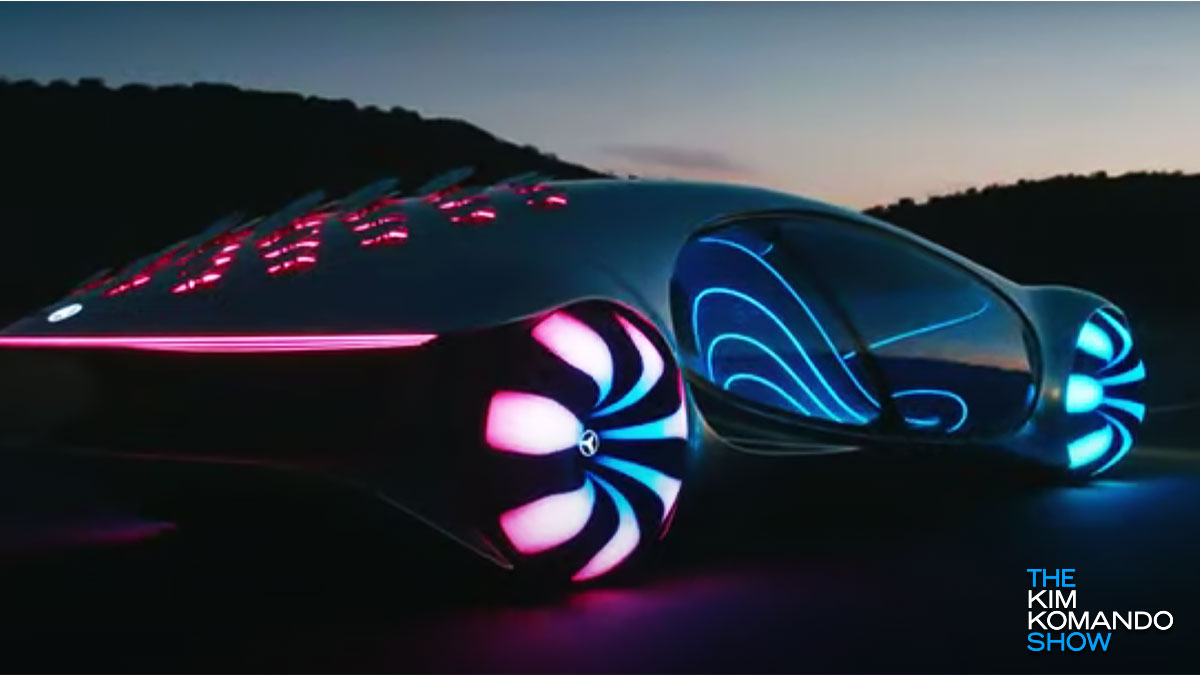 When you think of new tech, items you use all the time probably come to mind. After all, it’s more common to hear details about the newest iPhone or Samsung Galaxy than it is to hear about a new, futuristic car that’s being unveiled.

But while tech advances are being made all over the place — in the healthcare field, transportation, and even in treatment or tracking of COVID. Just look around and you’ll find plenty of examples outside of that new iPad. Tap or click here to find out how to use Google Maps’ new COVID tracker.

Mercedes-Benz has always been a leader in innovation, and it’s at it again with a new concept car that could change the way you think about driving. This new car has tons of futuristic features that you won’t believe — and some of them are based on a movie. Let’s check out what it offers.

This new, insane Mercedes concept car is called the Vision AVTR. It got its initial debut a few months ago — but Mercedes just released a video to give us a better idea of what it will look like in action.

This car is based on concepts from the movie “Avatar” and was built on a global partnership between one of the most innovative brands in the entertainment industry and Mercedes-Benz. The result is a vehicle that’s unlike anything we’ve ever seen before.

But the exterior is nothing compared to other features this car is designed with. There are several unique, super futuristic characteristics to Vision AVTR. The first is this car lacks a steering wheel. Yes, you read that right. Rather than having a traditional steering wheel, Vision AVTR has a biometric connection.

What does that mean? Well, instead of using a conventional steering wheel, there’s a multifunctional control element in the center console that allows human and machine to merge.

To control the car, you place your hand on the center console control unit. The interior comes to life and the vehicle recognizes the driver by your heartbeat and breathing, and you, along with your car copilot, control it from there.

There are a number of other interesting features, too. Mercedes bills this car as more of a “living creature” than a vehicle, due in part to 33 bionic flaps on the back of the vehicle, which are reminiscent of scales of reptiles. These flaps can communicate with the driver and the outside world through naturally flowing movements and subtle gestures.

It also moves a bit like an animal, which is pretty unusual. Vision AVTR has front and rear axles that can move in the same or opposite direction, which means it can move sideways by approximately 30 degrees. That results in a crab-like movement that gives the vehicle an animal-like appearance.

Almost every other element is unique and futuristic. The organic battery technology is made of recyclable materials, for example — and that’s never been used in car design before.

The interior is also designed with sustainable materials, like DINAMICA leather, which is the first and only microfiber that guarantees environmental sustainability throughout the entire production cycle. The floor is decorated with an innovative wood called Karuun, which grows very fast as a natural raw material and is harvested by hand in Indonesia.

There are just so many unique features to this car that it’s hard to touch on them all. What really blows our minds, though, is the lack of steering. The idea of driving — or perhaps morphing with — a car with no steering wheel is hard to wrap the brain around.

Whether or not Vision AVTR will actually make it to the assembly line is a question for Mercedes. Either way, it will be cool to see what happens with this concept car over time — and that new video is worth a watch, too.