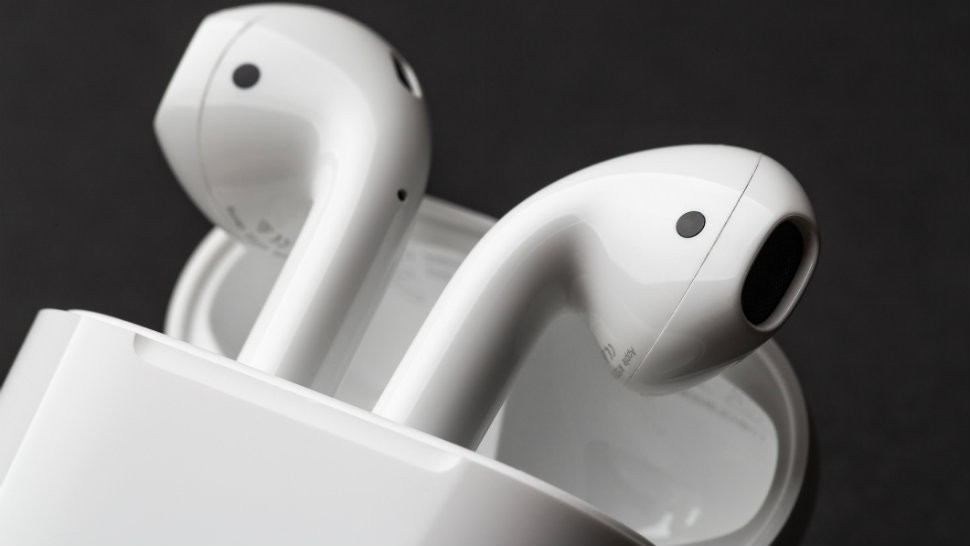 Since their debut in 2016, AirPods have topped the charts as one of Apple’s most sought-after products. Combining the seamlessness of Apple’s wireless technology with a cable-free charging case, the AirPods are one of the first devices produced by the company that offers a truly “wireless” experience.

For many AirPod owners, however, they’re as much of a status symbol as they are a way to enjoy music on the go. During the initial release, the products were notoriously hard-to-find. Even now, the wireless earbuds still fly off store shelves the moment they arrive in stock.

On top of this, the headphones are pricey — selling for nearly $200 with the case included.

Today, AirPods are still highly coveted products — but instead of shelling out big bucks, one 15-year-old Reddit user decided to take matters into his own hands and create a pair of his own out of spare parts. These incredible homemade earphones may look like a hodge-podge, but they actually work! You won’t believe how he did it.

How a 15-year-old made working AirPods from scrapped parts

Sam Cashbook was inspired to make his own set of AirPods when a friend got a pair for his birthday. Shuddering at the entry cost for the headphones, Sam thought it would be wasteful to spend that much money when everything he needed to make his own could be purchased on a shoestring budget.

After seeing videos of people jokingly cutting the cords off of their default headphones to make “AirPods,” he set off to turn a joke into a real-working set of earbuds.

To get started, he purchased a wireless “bone conduction” headset from eBay. This kind of headphone vibrates against your skull to translate sound to your middle ear — and it actually works. Once he received his prize in the mail, he stripped down the parts and dismantled his basic headphones for assembly.

Using his soldering knowledge, he attached his Apple-branded earphones to the wireless headset’s circuit board and added a new battery from another device he had at home. Once the parts were hot-glued and all the circuits were properly soldered and connected, his device was ready to activate.

Turns out, his headphones work perfectly. They maintain the sound quality of the original headset while boasting the same kind of cord-free philosophy as retail AirPods. 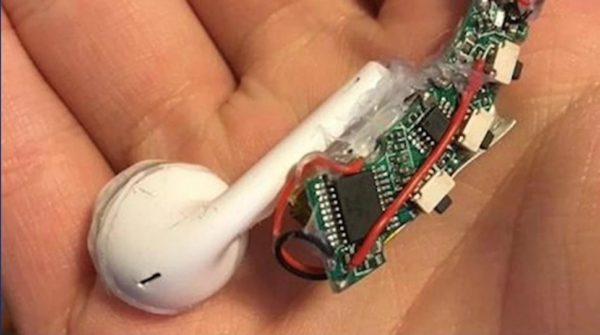 Sure, the homebrewed headphones may look a bit rougher, but the DIY craftsmanship makes them a fascinating conversation starter — and definitely shows the technical skills of their owner.

Can I make a pair of AirPods on my own at home?

If you know how to solder microcomponents, then this experiment from Sam Cashbook proves it’s not only possible, but a good idea to save money. He’s encouraged would-be engineers to design DIY modifications like this in the hopes of inspiring more people with his work. Judging by how active Reddit’s electronic modding community is, though, his intuition isn’t too far off the mark.

However, if you’re not skilled at modifying circuit boards than this project might not be for you. That said, bone conduction headphones are a great investment if you want cheap wireless headphones. While they may not get as loud as traditional earphones, they sit more comfortably on the head and offer competitive prices that give bigger names a run for their money.

As time goes on, hopefully, Sam will engineer more products for the discerning technophile. Odds are, they’ll be priced competitively against Apple, and hopefully bear the same ingenuity as his current innovative designs.