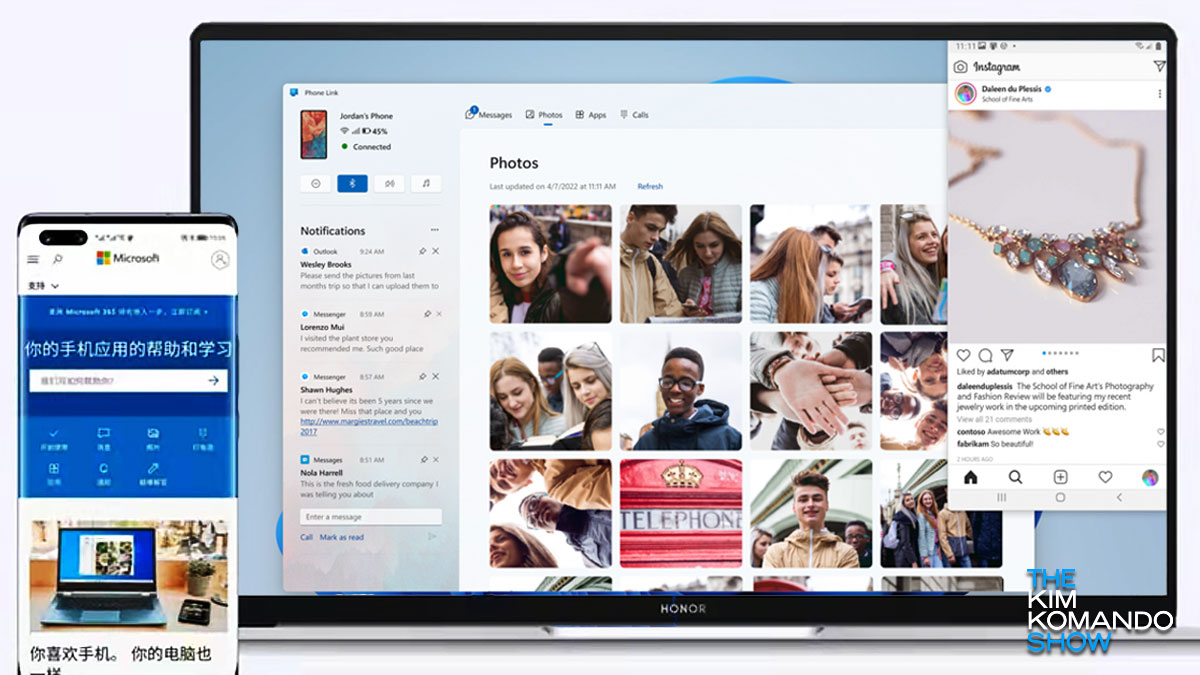 But after some development, Microsoft made it possible to connect the two devices wirelessly. The Your Phone app serves as the central point and enables you to transfer photos and read texts.

That is all about to change. Read on to find out what functions Microsoft plans to include and how the tool is changing.

While Microsoft has updated its operating system and various other software, the Your Phone app has somewhat remained the same for the last three years. It did introduce a handful of new features, but the most significant update is just around the corner.

First, the app is getting a new name. The primary way to connect your Android phone to Windows will go by Phone Link. It is getting a visual overhaul too, which Microsoft describes as an interface to bring notifications upfront.

Like how iTunes works with a connected iPhone, the Phone Link app will have tabbed navigation to easily switch between photos, videos, contacts, and messages. In addition, if you plan to upgrade to Windows 11, Microsoft explains that the initial setup of a new computer will include the linking process.

Speaking of Windows 11, the app on the latest operating system will look slightly different than other versions. Microsoft explains that it will follow the system aesthetics by having rounded corners, new illustrations and updated iconography.

But that’s not the only change that Android users will see. The Your Phone Companion, available in the Google Play Store, is getting renamed Link to Windows.

Link to Windows app for Android

Using the app to connect your Android phone to your computer, you can “view and reply to text messages, make and receive calls, view your notifications and drag files between your PC and phone.”

The renamed Link to Windows app will also be integrated into certain models of Microsoft Duo, Samsung, and Honor phones. You can find it in the Quick Access tray if you have a compatible handset.

You will unlikely need the Windows and Android apps to access your phone through your computer, as both will have the same app icon.