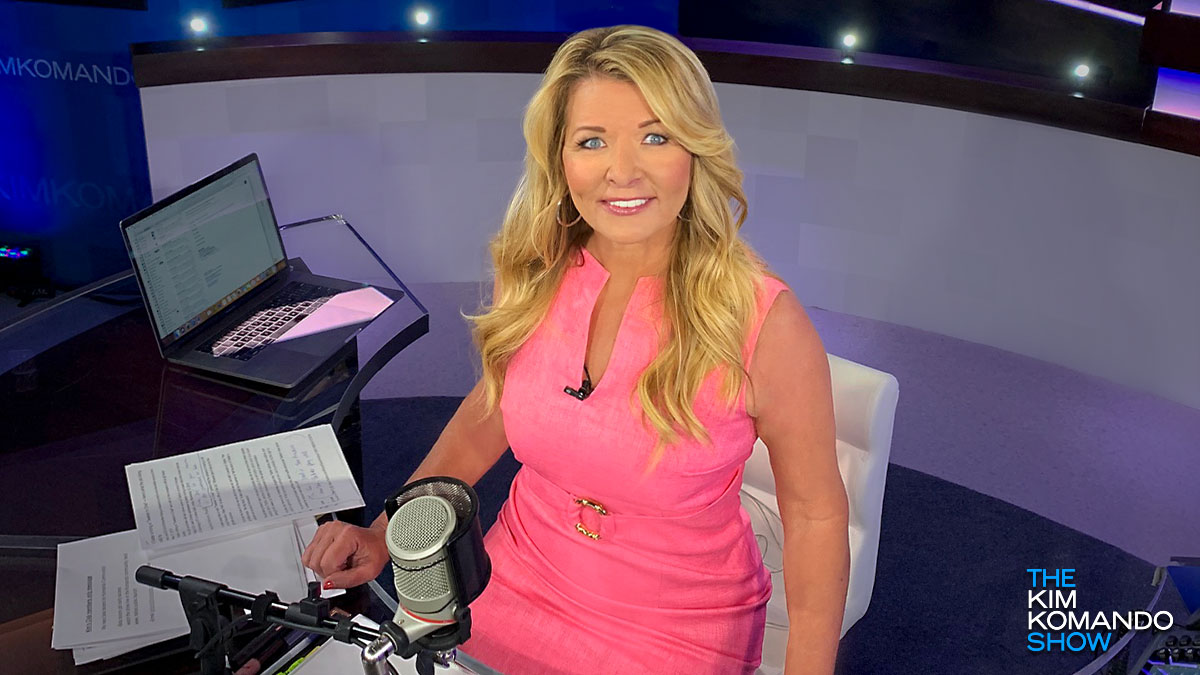 Every weekend, I talk tech and all things digital lifestyle on my national radio show. My team and I work hard all week long to make sure my show and Komando.com are packed with the news, tips, and trusted advice that makes a real difference in your life and the lives of others.

When I’m not preparing for my show, I’m dropping in to chat with local radio stations, writing my nationally syndicated USA Today column, managing my business, and doing interviews with national publications. I recently talked with Authority Magazine about leadership, running a successful business and being a woman in technology.

I’m proud to say I’ve been featured in their Inspirational Women in STEM and Tech series. It was such a fun walk down memory lane.

Read on for a few stories I bet you’ve never heard before, including my stint beta testing computer games at Bell Labs when I was just a kid. Yes, I really did that!

Can you tell us a story about what brought you to this specific career path?

The story of what brought me to where I am today is a culmination of over 20 years in different careers in IT. I started out as a trainer and sales rep for IBM, moved to sell large businesses for AT&T, and the list goes on. After six years in corporate America, though, I realized that money wasn’t everything. It felt like there was more out there for me.

I was 25 years old making $150,000 a year, but something was missing. My father thought I was crazy for leaving a great paycheck like that behind, but helping people understand technology and media was my passion.

I started college at 16, and I thought I wanted to be an architect when I enrolled. I was really bad at it. That’s when my father told me he was working on a project at work, and I needed to help him by “looking into the top 10 highest-paid professions.” So, I did the research, and I explained to him the list, and number one on the list was computer science. And I said, “You know what? I’m going to change my major; I’m going to go for a computer science degree.”

Little did I know then that I was one of the only women in the program. Once graduation came around, he said, “You know that report I made you do? It was all a hoax. I just needed you to make your own decisions and realize where you were meant to be.”

Can you share a story about the funniest mistake you made when you were first starting? Can you tell us what lesson you learned from that?

When I was in college, computer stores were on every corner, so I started my own computer training business to make a little extra cash. I was one of the only women in the majority of my classes, so I knew I already had that extra edge. I realized quickly that I could teach people how to use basic IBM programs for $75 an hour, and started going door to door to computer stores offering my services to give their customer service personnel a break. I told them I’d train everyone who bought one of their computers so they wouldn’t contact the store.

I was young when I got my big break. While knocking on doors, I just so happened to knock on IBM’s door. Back then, I knew IBM was a huge company, but I didn’t know enough to be intimidated. Somehow, the woman I spoke with gave me a chance. She said, “We need someone like you,” and set up a class of about 12 people as a test drive. This class had people from every walk of life: an 8-year-old, a housewife, senior business executives, and beyond.

Everyone had an IBM system in front of them, and I had the president of a well-known bank in the second row who couldn’t figure out how to turn on his computer. Before I could get to him to help, the 8-year-old sitting beside him said, “Oh! You just flip this switch in the back.” In that moment, I learned that first assumptions of people should not sway your thoughts or affect how you communicate with them.

Never in a million years would I have expected a bank president to struggle with turning on a computer, but he did. I still use this life lesson today. It’s why I start all of my radio shows at the base level, assuming my listeners know nothing about the topic I’m addressing.

Is there a particular person who you are grateful towards who helped get you to where you are? Can you share a story about that?

I am endlessly grateful for my mother. She was 31 when she went to college and got a degree in computer science. I was the last child of four kids and was five at the time. Her first job was working at a hospital doing punch cards in the computer room, and she eventually got a job working for Bell Labs.

When I was 8 or 9, she was working on the first video phone, the 411 system, and she was told when she interviewed, “You have four kids, if the kids are sick, you can’t take off.” So, if I was ever sick, she would take me to work with her.

One time when she took me to work with her, one of her coworkers asked me, “Hey, do you want to play a computer game? It’s called Hunt the Wumpus.” I didn’t know this at the time, but I was beta testing the game. Any time I saw an error code pop up, I was instructed to tell him what the code was, and I was so fascinated by this. They were working on moving the game to another version of Unix at the time, and I was obsessed with helping the process.

My sisters hated it because I would tie up the phone lines. They sent me home with a computer to keep beta testing! I didn’t know it then, but looking back, that’s when my passion for computers started.

Want to read the rest of the interview? Tap or click here to head to Authority Magazine.

Read the rest of the interview here