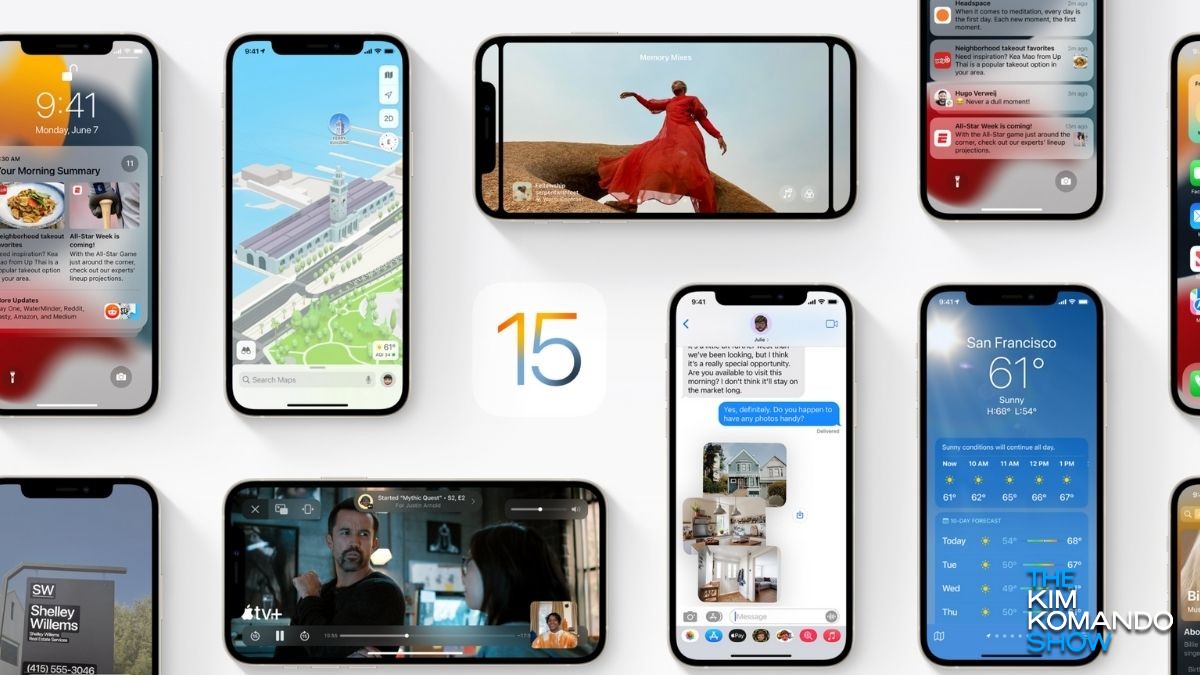 Apple’s iOS 14.5 has only been out for a few months but the company is already parading the next version of its operating system. The first tangible details about iOS 15 popped up last month in the developer preview.

A solid release date for the completed version is only been announced as Fall 2021. But if you really want to take it for a test drive, the public Beta is now available. Just a word of caution: make a backup of your device before installing iOS 15. Tap or click here to find out why backups are critical.

The operating system’s update will be the next major change to iPhones and iPads and brings with it several additions. Here are four things that Kim loved and one that she thought was incredibly frustrating.

Focus replaces ‘Do Not Disturb’

Many of us make use of the built-in snooze function called Do Not Disturb. When activated, all calls, messages and emails are muted. They are still able to come through, you just don’t get a ring, vibration or on-screen notification.

In iOS 15, the popular function disappears in favor of what Apple calls Focus. The aim is to “help users focus and reduce distraction” Apple explains, by customizing who can contact you, and which apps have disturbance privileges.

“But you have to be super careful or else you won’t get calls from your most important contacts while you’re driving. You need to spend time configuring this or else it will work against you,” Kim revealed about her experience with iOS 15.

FaceTime gets a face lift

Talking to friends and family is more important than ever, so FaceTime’s overhaul comes as a welcome surprise. It will now include tech upgrades like spatial audio and a new microphone setting will separate the user and background audio channels.

Portrait mode is now available for FaceTime as well, and you can blur your background. “FaceTime got a much-needed overhaul! I was like, wow, I look pretty good on FaceTime!” said Kim.

FaceTime for Android and Windows

Speaking of FaceTime, the function has traditionally only been available between iOS users. But Apple has now opened it up to Android and Windows users as well.

There is a bit of a catch though, as Android and Windows users can only join calls from within the Chrome or Edge browser. FaceTime calls can be shared through Messages, Calendar, Mail or third-party apps.

The Photos app is the default location where iOS users organize images and video. If you have tons of pictures, it can be a daunting task to find what you are looking for. With iOS 15, the ability to search, categorize and find photos got much better.

Thanks to an update in Spotlight, the software is using “intelligence to search photos by location, people, scenes or objects.” Live Text is also giving you the ability to find text and handwriting in photos.

The Memories tab in Photos gets an update too, as on-device intelligence and integration with Apple Music personalize song suggestions that bring memories to life.

Safari gets a new look…but it’s not great

The built-in Apple browser gets a redesign to make it easier to operate with one hand. Apple explains that “the new tab bar is compact and lightweight, and floats at the bottom of the screen, so users can easily swipe between tabs.”

But Kim isn’t the biggest fan of the new design. “I hate that Safari got an overhaul. It took me some time to figure out how to enter a web address. And with the tabs being at the bottom, it’s a bit confusing.”

Try iOS 15 for yourself

You can give the new operating system a try yourself. The developer preview opened last month, but Apple has now included the public Beta for testing.

You must sign up as a member of the Apple Beta Software Program, where you will be guided through the installation process. Access will be granted for all future iOS updates, so you won’t be locked into just iOS 15.

Massive ransomware attack cripples thousands of companies – How to protect yourself

Love the sound of vinyl? Amazon has a new record of the month club