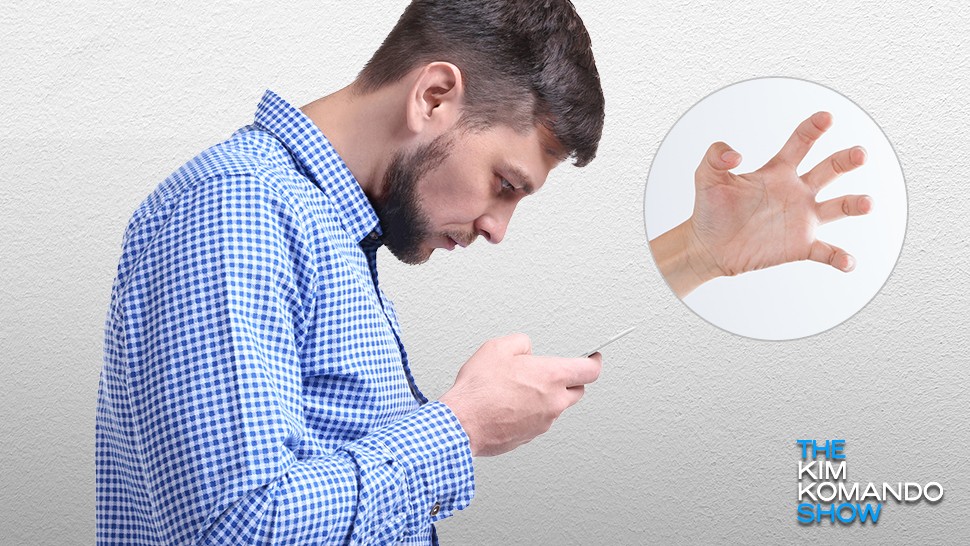 If it isn’t clear by now, we humans sure love our technology. And while the wide range of connected devices in our on-demand world can certainly make life more convenient than it’s ever been, the technological goodness we increasingly enjoy can also come with negative side effects.

Think about the time you spend sitting in front of your computer at work, or how long you stare down at the phone that’s been clutched in your hand for hours. It can take its toll, with conditions like digital eye strain or muscle aches and pains in your neck, shoulders and back. Yet, we don’t let physical annoyances like “tech neck” slow us down because we’ve got people to text and shows to binge.

But a warning in a recent report claims the physical impact could get much, much worse and that all our tech time is going to change our bodies dramatically. Their predictions aren’t only scary, these images are something you just have to see for yourself.

While physical problems that can result from constant interaction with technology are nothing new, there have been some eyebrow-raising claims made just this year. And I’m not talking about questions surrounding the 5G mobile network and the potential effects from its specific recipe of radiation, although that is being studied.

One recent paper published by Australian researchers says some young people who stare down at their phones are starting to grow a type of horn or spike at the base of their skulls. Granted, a lot of other experts have debunked the claims, saying there’s no conclusive evidence to back it up. Still, it won’t hurt to reach back and check from time to time, you know, just to be on the safe side.

Now a different report from TollFreeForwarding.com is making a grim prediction using scientific research along with expert opinion to create a 3D rendering of what a human body could look like only decades from now, thanks to our reliance on technology. Since sitting down is part of the problem, you might want to stand up for this.

Dystopian future of the human body

Meet Mindy. She’s from the future, the year 2100 to be exact, and it looks like things aren’t going well.

Mindy has a hunched back from countless hours of sitting in front of a computer monitor. Her back and neck are also arched as a result of continuously looking down at her smartphone. Think “tech neck,” but worse.

“Spending hours looking down at your phone strains your neck and throws your spine off balance. Consequently, the muscles in your neck have to expend extra effort to support your head,” Caleb Back, a health and wellness expert at Maple Holistics, explained in the report. “Sitting in front of the computer at the office for hours on end also means that your torso is pulled out in front of your hips rather than being stacked straight and aligned.”

And move over, carpal tunnel, here comes “text claw” that developed because Mindy spent so much time with her fingers curled around her smartphone. Another part of her arm paid the price with 90-degree elbow, also known as “smartphone elbow,” that resulted from holding the phone up. Both text claw and smartphone elbow make up a condition called cubital tunnel syndrome.

Mindy also has a hard head, in more ways than one. Not only was she so stubborn that she couldn’t put the phone down, but she’s also literally developed a thicker skull that’s evolved to protect her from smartphone radiation.

She doesn’t understand the science behind it since her brain has also grown smaller. That’s because, with all the conveniences of tech, computers do the thinking for us – not our brains. The average human body could also become smaller as time goes on.

If you take a close look at Mindy’s eyes, you’ll notice something you definitely don’t see today. She’s developed a second set of eyelids to block the harmful effects of blue light emitted from her various device screens.

You don’t need to start preparing for “Night of the Living Tech Addict,” because evolution doesn’t happen quite that fast. Some symptoms and conditions are based in reality, and that goes way beyond Mindy’s appearance.

It’s true that tech can affect our health, especially when it comes to our smartphones. And think about the effects technology can have on mental health, particularly young people. Addiction is real. Depression is real.

But instead of scaring your kids straight by showing them a picture of Mindy, check out Kim’s updated safety contract for kids to help create a family plan when it comes to screen time and staying safe online.

And as far as staring at screens all day, don’t be like Mindy (check out our tips by tapping or clicking here). Watch your posture, try some blue-light filtering glasses, maybe set the phone down and go take a walk from time-to-time. Because friends don’t let friends get text claw.