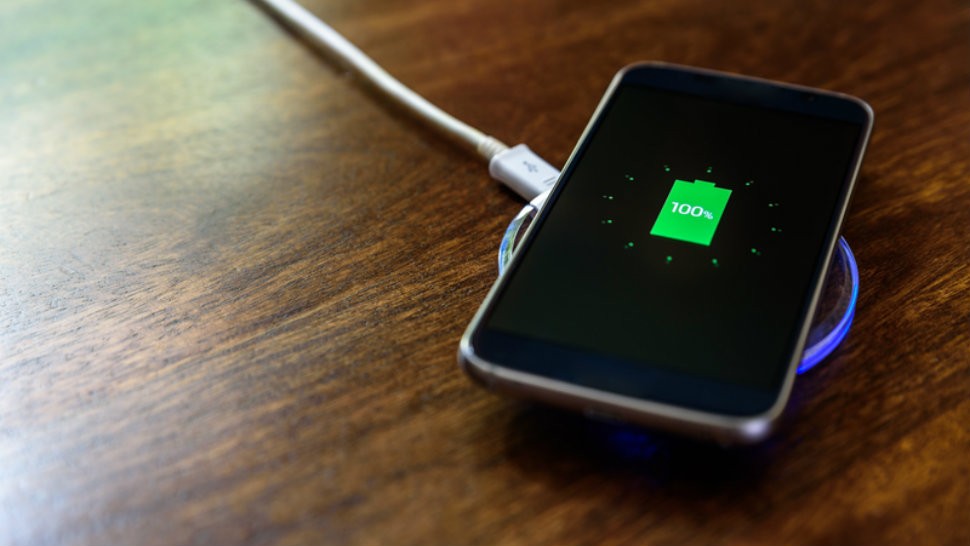 Since the advent of electrical and electronic appliances, we are all used to plugging in our gadgets to use them. For example, we plug in our smartphones before we go to sleep to get them ready with enough juice for the next day. But did you know that wireless charging can liberate you from this routine?

Wireless charging technology, especially for smartphones, has been available for a while and it has finally garnered mainstream popularity. With Apple finally putting Qi wireless charging as a standard feature in iPhones, the technology has exploded and accessory makers have ramped up their production of Qi-compatible gadgets.

What is Qi wireless charging?

Qi (pronounced as “chee“)  is the most widely used wireless charging system in the tech world right now. It is used by virtually all smartphone manufacturers including Apple, Samsung, LG, and Google.

Here’s how it works. With the Qi charging method, a gadget is placed on a charging mat or stand to juice up with the use of induction, instead of plugging in a charging cord directly to the device.

What powers this inductive magic? Magnets, what else? Well, sort of. Here’s how it happens, in simple terms. A transmitter coil on the charging pad generates an electromagnetic field that induces current to a receiver coil on the gadget itself.

Keep in mind that it’s not totally wire-free since the charging pad still needs to be plugged into a power outlet.

The best thing about using a wireless charging pad is the added convenience. No more fussing about with extra cords and ports — just lay your phone on the charging mat or stand to juice it up.

Put a wireless charger on your nightstand and fumbling about it in the dark for your phone’s charging cord before bedtime will be a thing of the past.

Also, with every major smartphone manufacturer jumping into the no-headphone jack bandwagon, wireless charging allows you to use your wired headphones while charging your phone. Rather than using your phone’s port for charging all the time, you can simply lay it on the charging mat and plug in your headphone dongle instead.

Wireless charging still has its limits

Despite its advantages, Qi wireless charging still has its drawbacks.

Additionally, the phone needs to be in close proximity (a few millimeters away) to the charging pad. This means that instead of having the relative freedom of movement in a wired connection, your phone will be limited to your charging pad’s position.

Which wireless charger is right for you?

With Qi wireless charging finally hitting the mainstream, there are plenty of wireless charging options out there. Choosing the right one for you can be challenging, but don’t worry, we’ll break it down for you. Basically, the higher the wattage your phone/pad setup is compatible with, the faster it can charge. 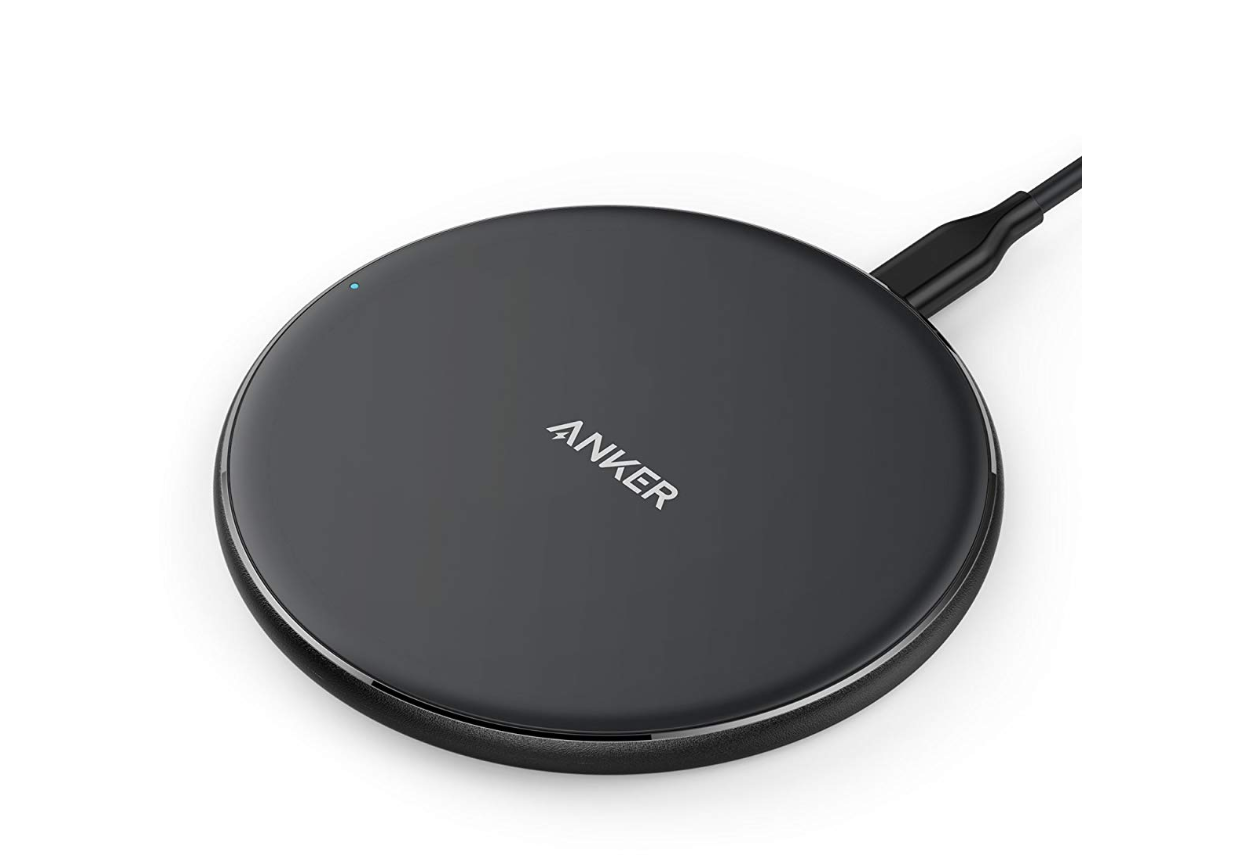 For a no-frills wireless charging experience, Anker, one of the leading makers of phone accessories, sells an inexpensive Qi wireless charging pad for just $13.99. This will work with all Qi-charging enabled phones and it even supports fast charging.

It doesn’t come with its own USB power adapter though, so you’ll have to provide your own. Additionally, you can’t use a standard iPhone 5V/1A adapter for fast charging. You’ll have to use a higher wattage adapter (like an iPad charger) to support that feature. It works fine for standard Qi charging, though. 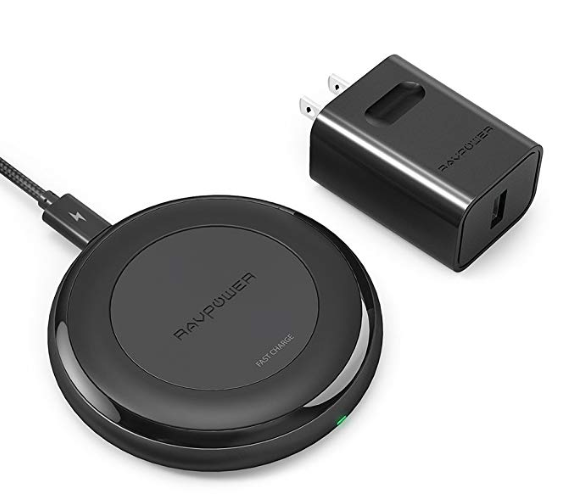 For fast charging, you may want to step up to a 7.5 watt Qi wireless charging pad with the power adapter already included in the package.

If you want to maximize your Qi wireless charging speeds, then this RAVPower charging pad will suit your needs. 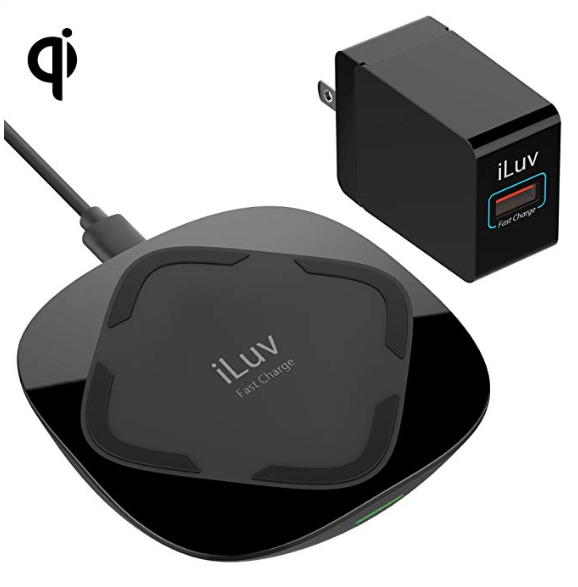 Some smartphones, like the Samsung Galaxy S9, can now support up to 15-watts of Qi wireless charging and this is the fastest we’ve seen. To take advantage of this speed, you can get a 15-watt compatible charger like the iLuv 15W Qi Fast Wireless Charger.

Like other Qi chargers, the iLuv is also compatible with 7.5-watt smartphones like the Qi-enabled iPhones and 10-watt compatible Android phones

Do you want more information? Join Kim’s Club and watch Kim talk about wireless charging on The Kim Komando Show.