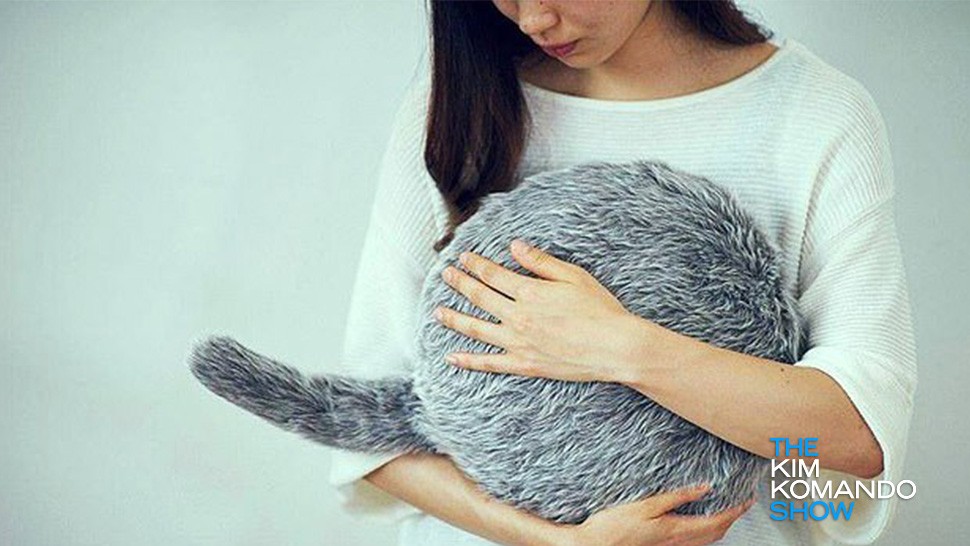 Robotic dogs have been around for a while. The latest version is Sony’s puppy-sized critter Aibo, with cameras in its nose and tail and artificial intelligence (AI) that helps it recognize people so it can trot around the house and let you know what everyone is doing.

Even without fur, it’s cute. But a new, furry robotic creature is the stuff of nightmares — imagine a headless cat with a tail that wags. It kinda looks like a Roomba that forgot to shave.

The good news is once you get past its odd looks, you’ll discover that this robot is built to soothe. In fact, it may actually be a lifesaver.

A strange but soothing robot

The Japanese firm Yukai Engineering has developed Qoobo, a robotic pillow that when touched wags its attached mechanical tail. It’s covered in a cat-like fur that invites its owners to stroke it.

Qoobo’s mission isn’t just to entertain, but also to be therapeutic. According to Yukai, psychological evaluations have shown that Qoobo can ease anxiety, depression, fatigue, tension and apathy. 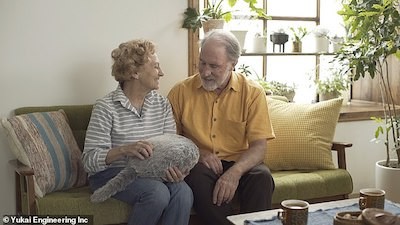 Ask anyone with a real dog or cat and they’ll tell you how much better they feel after hugging their pet. Qoobo is also being marketed to people who would like to own a cat but can’t because of allergies or other restrictions.

Yukai Engineering is particularly proud of Qoobo’s tail, which begins to wag when a person holds and strokes it. The company says the tail “closely mimics the flexible and elegant movements of an animal.”

The tail moves differently depending on how Qoobo is stroked. There are even times when it just wags its tail for no reason at all except by saying hello.

The birth of Qoobo

Qoobo, which operates using a rechargeable battery, is the result of a Kickstarter campaign that raised $120,000. Since debuting at IFA 2019 in Berlin earlier this month, Yukai Engineering has sold more than 10,000 units in Japan and is just rolling the product out in the U.S.

The robot comes in two colors, “Husky Gray” and “French Brown.” You can order Qoobo from Amazon for around $150 but there is also a hefty shipping rate since it’s coming from Japan.

Qoobo is just one of the “communication robots” that Yukai Engineering designs to help people connect with their own emotions and family. BOCCO is a pint-sized robot that looks like something straight out of Japanese anime.

While it can be played with like a toy, BOCCO also acts as a nanny-cam. In addition, parents away from home can call BOCCO and send messages to their children.

Related Amazing new tech can sense stress and even smell

Qoobo may be new to the market, but it’s not the only therapeutic cat robot out there. The New Joy For All Tuxedo Cat has long black-and-white hair and purrs when you pet its head or back — yes this one has a head.

He also moves his head toward your hand when you pet his cheeks and if you keep petting him he’ll roll on his back for a good belly scratch. While children can play with it, the cat also offers therapy to people with memory loss as well as their caregivers.

Whether you buy Qoobo or The New Joy For All Tuxedo Cat, the important thing to remember is that both can be good for you or a loved one. Anxiety, stress and depression can lead to serious health conditions that these little guys might help you avoid.