With Apple, Amazon, Microsoft, and even Facebook all having their turns unveiling their new consumer tech products for this year, Oct. 9 was Google’s turn to grab the limelight.

Earlier leaks may have revealed what the new Pixel 3 smartphones will look like, but with this event’s focus on the synergy between AI, hardware and software, Google had many surprises on tap.

Aside from the new smartphones, get ready for a new kitchen assistant, a premium tablet and one killer accessory!

Here are the five Google products that were announced we’re most excited about:

Following the smart-assistant-with-a-screen trend like the Amazon Echo Show and the recently announced Facebook Portal, Google is launching its own with the Google Home Hub.

The Google Home Hub is basically a Google Home with a 7-inch touchscreen display that will extend Google Assistant’s functions with visual information, beyond its standard voice responses. It is seamlessly integrated with Google services such as YouTube, Maps, Calendar, Search and Photos so you can browse and search with your voice then review and consume the content directly on the device itself.

In fact, Google demonstrated the usefulness of the Google Home Hub in the kitchen with a step-by-step video recipe guide from food site Tasty. Coupled with instant YouTube voice search, this gadget can be an invaluable companion if you’re learning how to prepare specific dishes. 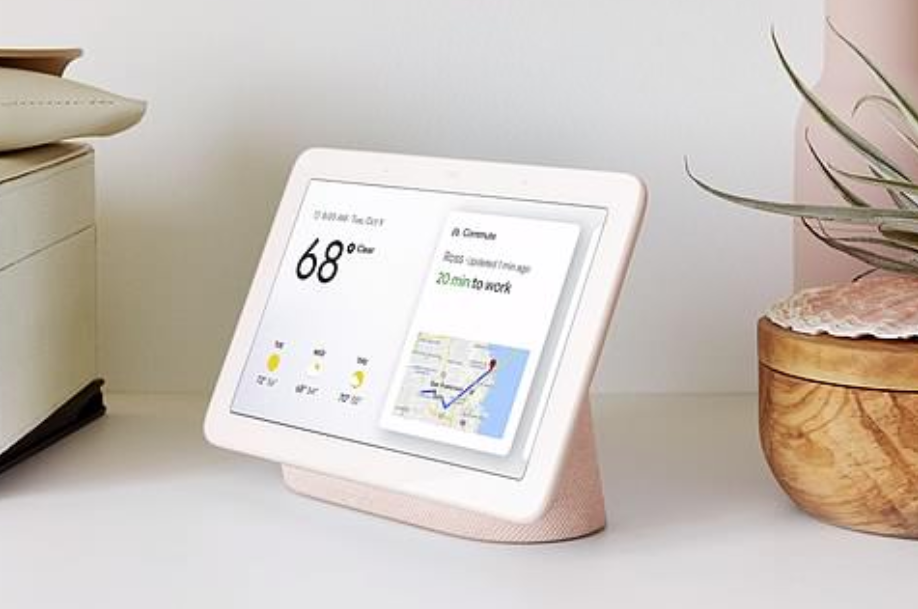 Google is also aiming to make the Google Home Hub as a smart home centerpiece with its Home View dashboard. The idea is that with a quick swipe on the Home Hub’s touchscreen, you can manage and control all your smart home devices in one centralized location. Similar to Apple’s Home Kit, the goal is to do away with multiple smart home apps and merge them into one convenient dashboard.

When the Google Home Hub is idle, you can even turn it into a Google Photos slideshow digital photo frame. And with a feature called Live Albums, you can have Google automatically create albums of specific people and have AI skip bad and blurry shots.

Other features include a smart auto-brightness display and Google’s new Voice Match ability.

And don’t forget that the Hub is also a Google Home, so it has all the other features like integration with third-party music services like Spotify and Pandora, multi-room speaker capability and Chromecast control.

Compared to its competitors, one thing that the Home Hub doesn’t have though is a camera. This suggests that Google recognizes the privacy concerns inherent in having a camera-equipped smart speaker in your personal spaces like your bedroom. Obviously, this means you can’t video chat with the Home Hub either.

The best part of the Google Home Hub is its price. At $149, Google managed to undercut the 2nd-gen Amazon Echo Show and the Facebook Portal. Google knows that to compete in the smart home business, it needs to price these gadgets just right to appeal to a larger consumer base.

The Pixel Slate is Google’s answer to other premium tablets like the Apple iPad Pro and the Microsoft Surface Pro.

Running on a redesigned version of Chrome OS instead of Android, this is Google’s serious attempt in adopting a full-blown desktop experience in a sleek tablet form. Google claims that it can even run full Linux desktop applications.

The Pixel Slate sports an ultra-high-resolution 293 pixel-per-inch 2000 x 3000 12.3-inch screen that Google calls a “Molecular Display.” With a tech called “low-temperature polysilicon,” images are sharp and bright while achieving better efficiency and battery life than LCDs. 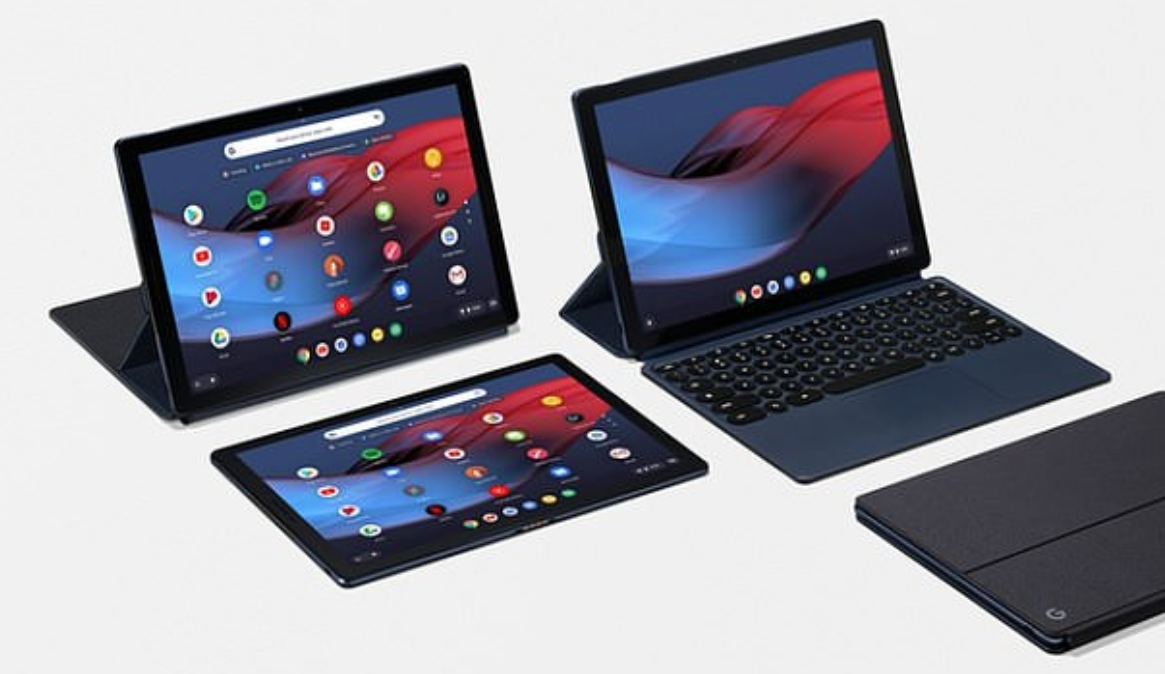 Aside from the brilliant screen, Google is positioning the Pixel Slate as a “multimedia tablet” with its powerful dual front-firing speakers.

The Pixel Slate also has two 8-megapixel cameras, with a wide-angle lens on the front side that’s optimized for video calling.

But what is a tablet/laptop hybrid without keyboard and stylus support? The Pixel Slate’s snap-on keyboard accessory automatically pairs with it and it also doubles as a protective case and kickstand. It also comes with a fully functional trackpad, so you can use the Pixel Slate like a traditional laptop if desired. For its stylus, Google is also releasing an accessory called the Pixel Pen.

Connection-wise, it has two USB-C ports for 4K video and fast charging, but sadly no headphone jack nor an SD card reader. (Welcome to dongle land, everyone!)

For security, the Pixel Slate has a fingerprint scanner built into its power button and it is protected with real-time virus protection with a dedicated Titan security chip.

Like the iPad Pro and the Surface Pro, the Pixel Slate is not cheap. It starts at $599 and the separate keyboard and the stylus accessories cost $199 and $99, respectively.

After months of leaks and expectations, they’re finally here — the new Pixel phones! So are Google’s very own flagship phones better than the new iPhones? Well, let’s say Google had tons of tricks up its sleeves.

Bucking the rear dual-lens camera trend, the new Pixels retain the 12.2-megapixel cameras on the rear but doubled the front side camera for a wider view, perfect for group selfies. Google claims that the Pixel 3’s selfie camera can capture 184% more real estate than the iPhone XS’s front camera.

The Pixel cameras are considered the best smartphone cameras out there and Google upped the ante with tons of software enhancements to help you get the best shot possible. Notable features include:

Powering these new photo features is Google’s dedicated Pixel Visual Core chip, a dedicated processor that can perform trillions of operations per second with less power than other traditional mobile chips. Additionally, like the Pixel Slate, the Pixel 3 smartphones are also outfitted with a dedicated software security chip called the Titan M.

Another exciting new feature is something called Call Screen. This allows Pixel phones to screen and answer your phone calls with Google Assistant. It even provides a real-time transcription of the phone conversation. This is basically like having your own robot secretary!

And finally, thanks to their all-glass backs, the Pixel 3 smartphones now support wireless charging (up to 10 watts).

Take the Pixel 3, make it larger, with a 6.5 inch display, to be exact, and you get the Pixel 3 XL. Now, this model has all the bells and whistles of the 5.5-inch Pixel 3 except it has bigger edge-to-edge screen with a front-facing notch a-la the iPhone XS Max.

The jury is still out, but I think the Pixel 3 XL beats out the iPhone XS Max with its camera features and AI-assisted functions. Best of all, even with comparable hardware specs, the Pixel 3 XL starts at a cheaper entry point at $899 than the iPhone XS Max, which starts at $1099. I hope this sends a message to Apple and Samsung that flagship phones don’t have to break the thousand-dollar threshold.

Both the Pixel 3 and the Pixel 3 XL are now available for pre-order and will be officially released on Oct. 18. 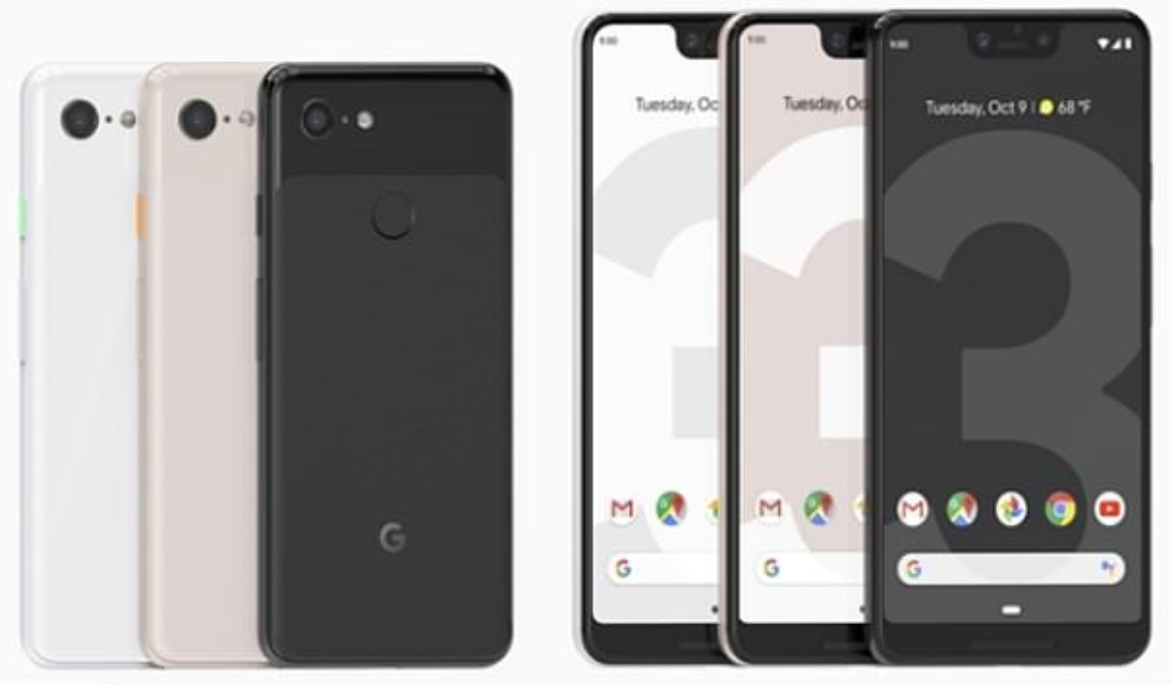 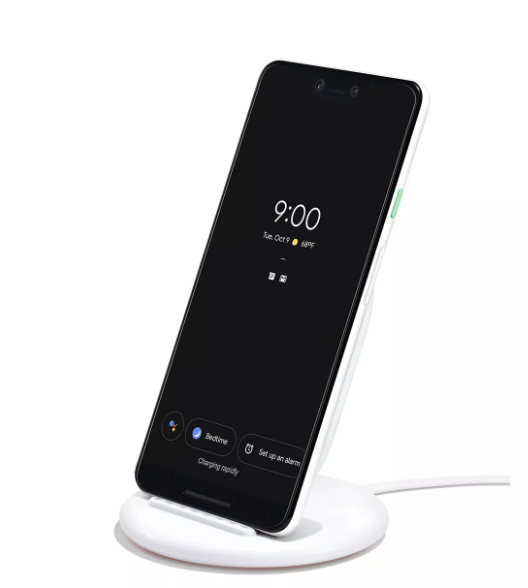 While the phone is docked, it can display different information like weather, traffic updates, and calendar events. It can also turn your Pixel 3’s display into a digital photo frame that will do slideshows of select Google Photos albums. Paired with a Nest Hello, it can even give you a video feed of your front door. (This essentially turns a Pixel 3 into something that’s comparable to Amazon’s Echo Spot.)

The Pixel Stand costs $79 and it’s available to pre-order now.