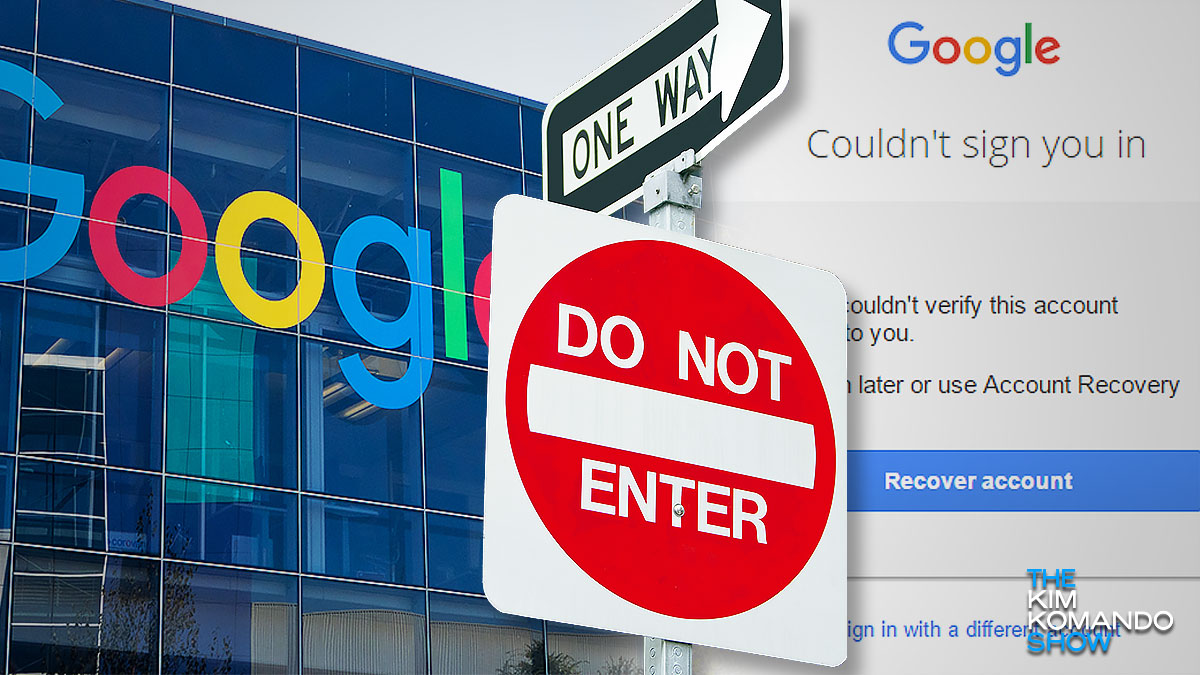 Your devices and accounts should always be secured with strong, unique passwords. There’s no excuse to use credentials you can easily remember, as password managers can fill in the information for you.

Being locked out of your account is a frustrating experience, but it’s better than having one that’s easily hacked. If you find yourself locked out, be careful who you turn to for help. It’s just another opportunity for scammers to find a new victim. Tap or click here for more.

One Google user tells a story about being locked out of her account for months. It’s not so bad when it’s just one account, but this affected everything tied to her Google credentials. Read on to see just how extensive this problem was.

As she wrote in her LinkedIn post, Desirea Calvillo describes her background and love of all things Google. She’s been in tech for 20 years and was an early adopter of Gmail.

Calvillo uses numerous Google Home and Nest products at her home and Google Assistant for many tasks. Her entertainment comes via Google TV and Chromecast, and her laptop of choice is a Chromebook.

She uses Pixel phones and her Google Voice number has been her main phone number for more than a decade. She’s more than made her case that she’s a big fan of the tech giant.

One day Desirea couldn’t log in to her Google account from any of her devices. Since Google Voice was her main number, she couldn’t access her text messages. She clicked the forgot password link and figured she could use her recovery number or email to reset it.

Instead, she was taken through the account recovery process and offered two options: get the verification code in a text to her Google Voice number or have the code emailed to her locked Gmail account. Seriously? She was lost with no option to get the code via voice call or her backup email.

Isn’t the point of a recovery number and email that they can be used when you’re locked out of an account they’re not tied to? Google was only offering her Google options to get her verification code. Ridiculous.

Desirea reached out to a friend, who suggested she turn to her Google One account. Google One is a cloud-based backup and storage service. The friend sent her a link and she filled in the information to get a call from Google One.

When the call came, all they could suggest was to go to g.co/recover to get her account back. She had already done this but tried again. She got the same two options from before. She was told that support had their hands tied and couldn’t touch her account. So much for customer service.

The next time she tried Google One support, Desirea was told that a previous customer had been locked out of their account for six months. The operator told her that the recovery team is elusive and the only way to get their attention is to follow the recovery steps repeatedly.

A month later, Desirea received the recovery form. She detailed her issues and submitted the form. The next day she got an automated response that stated her account was active and she should be able to log in. Did she try using the “I don’t know my password” link?

Absolutely nothing new or helpful there. On top of that, Desirea kept getting this same canned response with no way to respond to it or escalate her issues to someone higher up.

She wrote to Google, mentioning her paid subscription to Google One and YouTube Music. Since she couldn’t access her account, she couldn’t stop the recurring charges. Imagine paying for a service you have no access to and getting no help from the parent company.

Her case was escalated, but Desirea kept receiving the same useless responses. It was time to try something else.

Desirea’s tech-savviness saved her in the end. She knew that Google must be using a third party to provide Google Voice phone numbers. She found that hers came from Bandwidth.com.

Through research, she came across this article about the FCC: bandwidth.com/glossary/federal-communications-commission-fcc. Here was the section that stood out:

“The FCC’s discontinuance rules help to prevent telephone companies from abruptly discontinuing, reducing, or impairing wireline telecommunications service without proper notice, for any reason including bankruptcy. The rules, which also apply to interconnected Voice-over-Internet Protocol (VoIP) service, are designed to protect you from an abrupt change or termination of service and to allow you time to arrange for service with another provider.”

As Desirea’s number is a VoIP (Voice-over-Internet Protocol) number, Google must answer to the FCC. She filed a complaint with the FCC, which wrote back that Google was notified and had 30 days to respond.

Desirea was locked out of her account from Aug. 27 to Oct. 29, 2021. Google only unlocked her phone number after she turned to the FCC.

If you’re a Google user, don’t use Google services as your recovery option. The same goes for any company you have an account with. Don’t put all your eggs in one ecosystem’s basket, so to speak.

It’s crazy to think that one of the world’s biggest companies couldn’t help a user get into their account, let alone one using a bunch of its services. She had to go all the way to the FCC to get this fixed, and that’s simply unacceptable.

Account security is critical to keep out bad actors, but what happens when it goes too far and keeps out the very users it’s designed to protect?

There are a few ways to recover your Google account, but what if you think you’ve been hacked? We recently covered these possibilities in a report and you can check it out here.