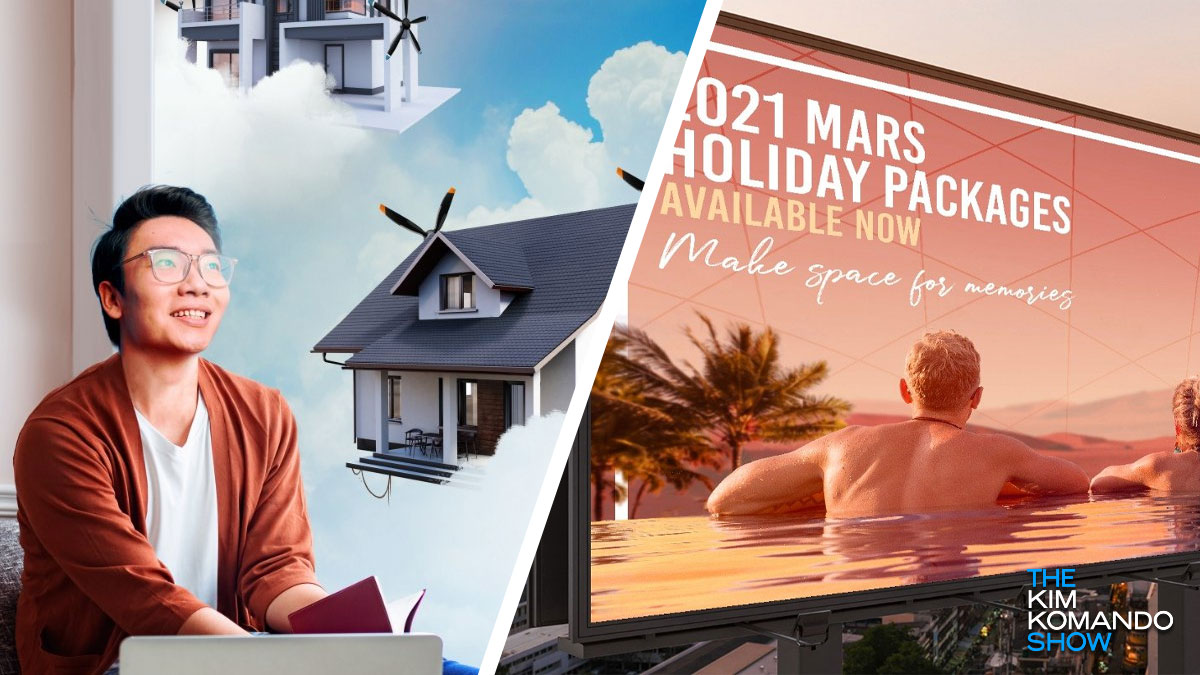 In the ’60s, “The Jetsons” was a popular TV show with flying cars and crazy vacations to distant planets. Even Disney World featured portions of its theme parks to showcase what the future would be like in the distant 2000s. In fact, pop culture was and still is obsessed with fantastical views of future life, like we saw in Disney’s Tomorrowland.

Experts suggested that we would live on the moon and vacation on Mars. Traffic would be a thing of the past as we jetted through the skies in flying cars. Better yet, why drive when you can teleport instantly? Tap or click here to see strange tech that actually exists.

Well, 2021 is here and we still aren’t vacationing on Mars. Flying cars don’t exist, and teleportation is still science fiction. Recently, a company called Progressive Recruitment thought it would be fun to create fake advertisements for our failed future expectations. Let’s look at what they came up with.

Nomad Homes: Change your view, not your home

This is all fine and dandy until those of us who aren’t morning people stumble off the front porch into the abyss. Does it include a net underneath?

Vacations on Mars: An other worldly vacation

We’re not sure if this poster’s creator saw the movie “Mars Attacks!” but most of us are still terrified from that film and will head to Palm Beach instead.

Teleportation: Instantly travel across the world

Ok, this one is something we have all dreamed of doing. Who hasn’t waited for the day we can finally say the words, “Beam me up, Scotty!” There are millions of Trekkies out there drooling over this poster.

Skip the traffic with your flying falcon

Everyone wanted a car like the one from “The Jetsons,” but this one looks way cooler. Nobody likes rush hour traffic. However, we’d all be terrified to see what a pile-up in the sky would look like.

The future clearly didn’t turn out exactly the way we thought it would. There are no flying cars and teleportation is still pure fiction, but it is fun to think about what life would be like with these future super pieces of technology.

While you may not be able to buy a teleportation pod, check out these 20 gadgets that you’ll definitely want for your home.