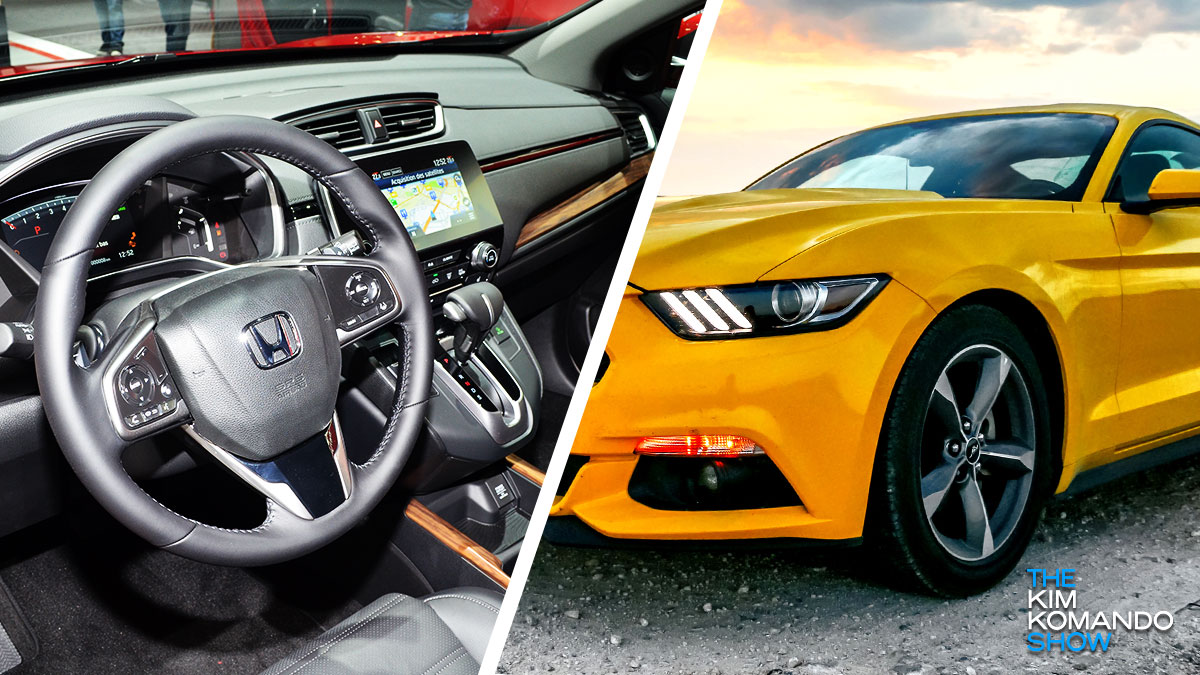 Late last year, Ford’s Mustang Mach-E all-electric vehicle suffered a few issues, leading to their recall. One of the flaws stemmed from the bonding adhesive not working correctly for the windshield, while the other saw the sunroof not remaining in place.

But the problems didn’t end there. If you decided to stick with the traditional gas-powered model, you might have noticed a problem with your rearview mirror.

Read on to find out why Ford issued a recall for certain models and what you should do about it.

You must always be aware of your surroundings when reversing out of your garage or a parking area. Ford and other manufacturers put rearview cameras in the back bumper so that you don’t have to swivel your head to look behind you.

You just have to keep your eyes on the display and look for obstacles or people behind the vehicle. But if that ability is obstructed, it could spell disaster, which is why over 300,000 Ford Mustangs are being recalled.

National Highway Traffic Safety Administration (NHTSA) detailed in a Safety Recall Report that Ford Mustang models made between 2015 and 2017 could have a problem with the rearview camera being too dim or not working at all.

“The rigid scroll tube used in the decklid harness can cause damage to the camera wires through decklid usage leading to a loss of electrical conductivity. Separately, camera header connectors soldered to the printed circuit board (PCB) may have twisted during assembly, resulting in insufficient electrical connectivity,” the safety report notes.

In a separate problem, the NHTSA is investigating claims that over 1.7 million Honda CR-V SUVs and Accord sedans could automatically brake for no reason. The investigation spans the mentioned models manufactured between 2017 and 2019.

Called “phantom braking,” the emergency braking system is triggered for unknown reasons without the driver’s warning. This poses a considerable threat to other drivers and passengers.

The affected models haven’t been recalled yet. But the NHTSA stressed that it’s an active investigation and no remedy is necessary at the moment.

The problem with the rearview camera doesn’t pose an imminent threat to the vehicle’s structure. But it does reduce your visibility, posing safety concerns. Therefore, if you have a Mustang manufactured between 2015 and 2017, you must take it to a Ford dealership.

Technicians will inspect your wiring and camera and replace any part if needed, free of charge. You can also call Ford’s customer service at 1-866-436-7332, and the number for this recall is 22S06.

Ford’s $45,000 electric Mustang is not what you expect