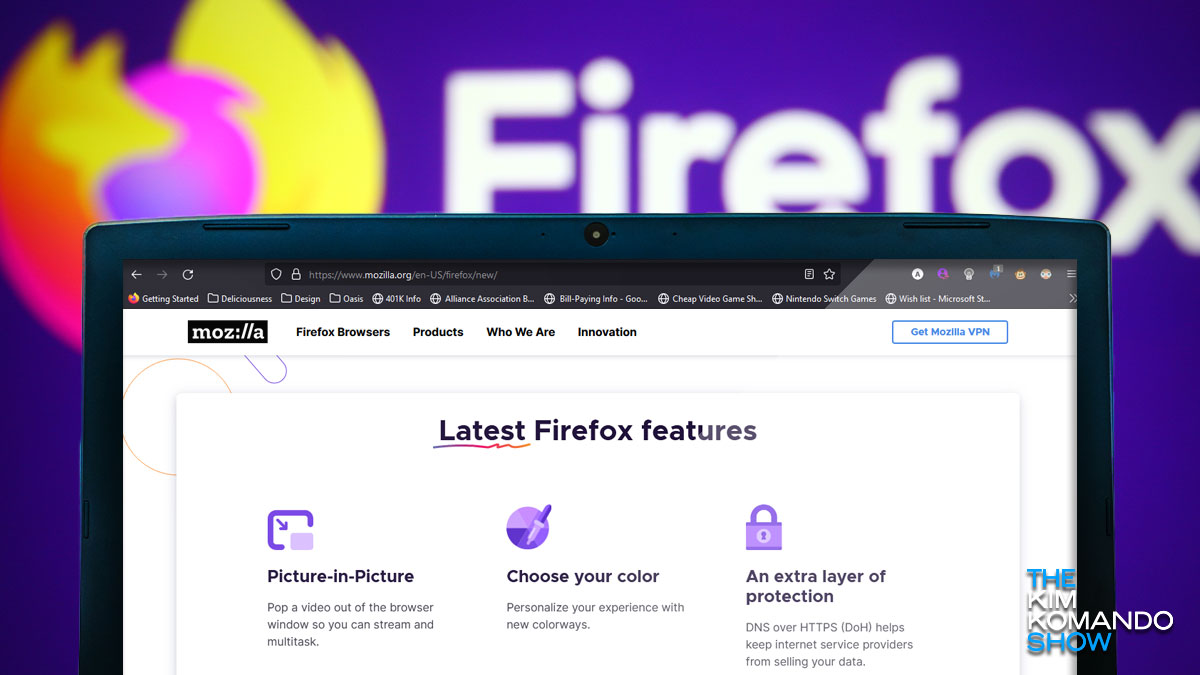 When you get a new Windows-based computer or upgrade your operating system, the first thing almost everyone does is open Microsoft’s Edge browser. But it isn’t for surfing the web. The next step is typically to download Google’s Chrome browser.

Chrome is the most-used browser globally and is on more than 3.2 billion devices. Tap or click here for ways to make Chrome safer. In terms of market share, other browsers such as Mozilla’s Firefox, Microsoft Edge or Opera aren’t close.

But Firefox just reached an impressive milestone and added some new features. Read on to find out why it might be worth taking a second look at Mozilla’s browser.

As the browser wars heat up, it hasn’t been smooth sailing for Firefox. It has steadily been losing users, and earlier this month, Microsoft’s Edge overtook Apple’s Safari as the second-most used browser. As a result, Firefox slipped to fourth place with only 7.8% of the market, according to research from StatCounter.

However, it’s not all bad news for Firefox. Its latest update pushed it over the magical number of version 100. The road to getting there hasn’t been the slickest. The first version of Firefox rolled out in 2004, and since its only competition was an early version of Internet Explorer, it quickly amassed a 30% market share in eight years.

But as other browsers like Safari and Chrome became better, many will argue that Mozilla lost focus with Firefox. Some believe Mozilla wasted too much effort on things like VR technology, sponsored tiles and chat services to notice that Firefox was falling behind.

Firefox took on a security and privacy focus with later versions to bring back some lost users. Mozilla bombards you with all its security features when you go to the official download page.

Should you give Firefox another try?

Firefox claims to be better at many things than other browsers. While it has a privacy mode like others, it will block third-party tracking cookies by default and crypto mining scripts. Mozilla also claims that it blocks social trackers. But so do Edge, Safari and Brave.

Mozilla outlines all the differences between Firefox and six other browsers to drive up downloads. While it has things like an in-browser screenshot tool and autoplay blocking, which Chrome doesn’t, those features are available in Microsoft’s Edge.

Those features are standard with the browser, but what does Firefox version 100 offer? The update includes a host of features that could sway you in its favor. Here are some features to look forward to:

It is always a good idea to update your browser. Here are the steps to update Firefox to the latest version:

If you don’t have Firefox on your devices, it’s available for desktop, iOS and Android.

Free, fast test to see how much private info your browser is leaking