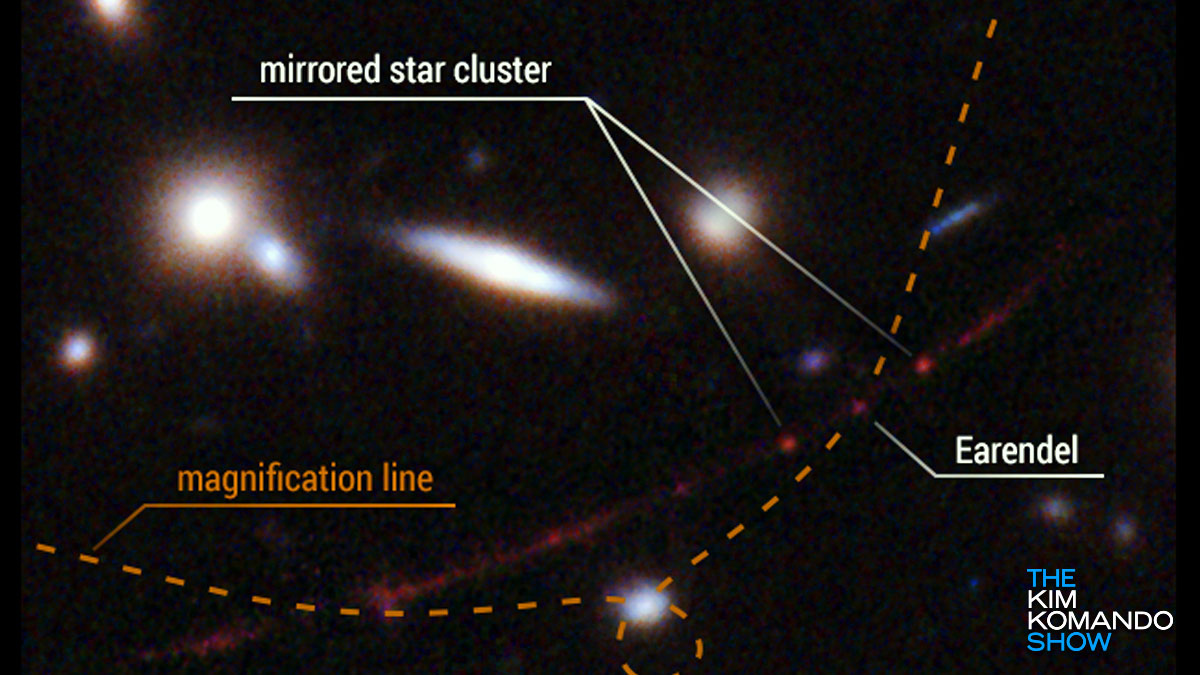 Since our first interaction with space, NASA has come a long way. It’s installed astronauts year-round in space and developed technologically advanced equipment like the Hubble telescope to give us a deeper insight into the universe.

There is even a neat feature to the Hubble telescope you might not know about. Tap or click here to see what NASA’s Hubble Space Telescope photographed on your birthday.

The Hubble telescope is now paying off in even more incredible ways with a new discovery. If you are a science or space geek, get excited: NASA’s Hubble Telescopy just spotted the farthest star ever seen, and it’s got a fun new name.

The Hubble telescope recently discovered a new star and was given a fun Tolkien-inspired name. It took the light from Earendel 12.9 billion years to reach Earth. Scientists believe that Eardendel is a star from the universe’s first billion years.

While not one of the original stars, scientists believe the discovery will grant them a deeper understanding of the beginnings of our universe. The star has roughly 50 times more mass than our sun. Here’s a quick video describing the discovery.

What else is NASA doing?

The Hubble telescope has been around since the early 90s, but it’s gotten some fancy updates since then. NASA’s most recent star is the James Webb telescope, launched for everyone to see on Christmas.

The new James Webb telescope will search the deepest parts of space for the compound methane to start exploring for signs of life in the rest of the universe. While methane doesn’t necessarily mean the planet contains life, it’s a starting point for researchers to look more closely.

Curious to see what the Webb telescope is doing? You can track it! The telescope took $10 billion and 30 years to build, so it’s worth keeping an eye on its activities. You can learn more about its orbit by heading to NASA’s website.

How to see which constellations and planets are out tonight