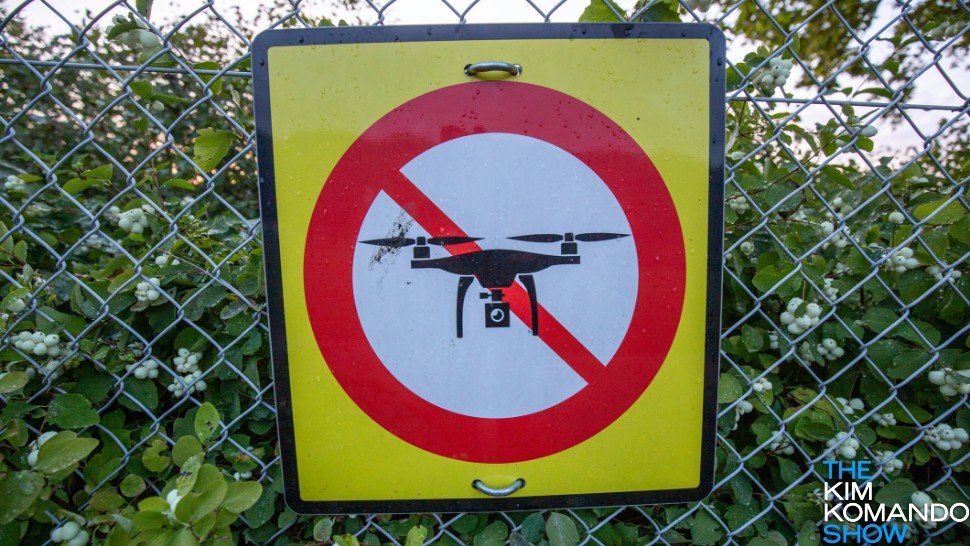 Even though they’ve only been available to the general public for a few years now, aerial drones have undeniably changed the world. They’ve made it easier for scientists and observers to enter dangerous areas, enabled automated delivery on a massive scale and have even saved the lives of countless soldiers as unmanned agents of warfare.

Because of their potential for combat, a subculture has emerged online where amateur drone pilots are outfitting their flying machines with all manners of weaponry and accessories. This ranges from simple airsoft guns and water canons to full-fledged firearms. One company is even selling real flamethrowers you can mount to an aerial drone, and it’s totally legal to buy here in the U.S.

But the Wild West days of drone customization may be coming to an end. The Federal Aviation Administration (FAA) is reminding drone enthusiasts that equipping drones with what they’re calling “dangerous weapons” is actually forbidden by law, and doing so may result in severe criminal and financial penalties. Here’s what the government has to say about weaponized drones, and why they’re cracking down on an exceptionally dangerous trend.

The FAA surprised drone owners across the country this week with a statement posted to both Twitter and the official news page for the agency. According to the alert, the FAA is reminding owners that mounting any kind of weapon or “dangerous” accessory to their aerial drone is illegal and subject to civil penalties, including fines.

Safety Alert: The #FAA warns against attaching weapons to #drones. Operating a drone with a weapon attached is not only dangerous, it is illegal and violators could face significant civil penalties?. #FlySafe https://t.co/cX82SAS3iD pic.twitter.com/APwEzSrIBe

Specific details regarding the penalties drone owners can face are spelled out on the FAA news post, which states that violators can expect steep penalties of up to $25,000.

For most drone owners, that amounts to far more than the cost of buying a drone and equipping it with any kind of weapon — real or otherwise.

Why is the FAA deciding to alert drone owners now?

Interestingly enough, the posts from the FAA are merely reminders, not a new policy. In fact, it’s actually been illegal since late 2018 to mount weapons or dangerous accessories to a drone, and the fines in place have been there since the passage of the law.

Most likely, the clarification comes in response to the sweeping proliferation of dangerous drone accessories, including a powerful flamethrower that is now available for consumers to purchase on the web.

However, just because something is illegal on paper doesn’t mean that people will follow the law to the letter. Many drone “accessory makers” skirt the law by adding disclaimers that their products are “novelties” or “for entertainment purposes only.”

Although this legal gray area might be enough to shield accessory makers, it still won’t be enough to protect drone pilots. The burden lies on the owner of the drone itself to prove that they’re using a product like a gun or a flamethrower for “entertainment purposes,” but even then, the law even forbids attaching a dangerous accessory to the drone.

Hopefully, this reminder will be enough to spur owners into dismantling any dangerous alterations they may have made to their machines. In a world where flying robots are becoming more commonplace, ordinary people and families with small children would probably prefer not having to worry about fiery death from above as they go about there lives.

Plus, a $25,000 fine is just massive. It’s better to stay on the safe side and cancel any flamethrower pre-orders you may have. It won’t be a booming market for much longer.