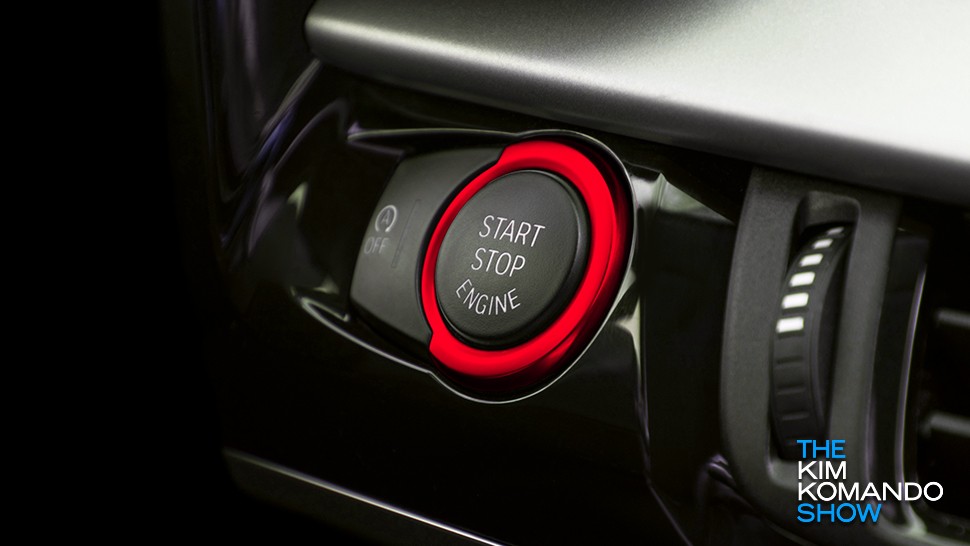 Whether it’s keyless entry or keyless starting, the wave of the future is keyless automobiles. With those futuristic automobiles comes the ability to hack and steal those vehicles.

For those that drove automobiles prior to the chip in the key methods, or the laser cut factory keys, car theft is nothing new. As technology has expanded, so have digital signal capturing with keyless entry fobs.

Hacks using smartphone apps, Wi-Fi hotspot connection stealing and key-fob relay attacks also continue to grow. So how can you stay informed about the latest easy-to-hack keyless cars? The answer may lie with a new consumer security rating system.

What is the Security Rating system?

Thatcham Research launched a new consumer Security Rating system that informs drivers about the security credentials on new automobiles. This is handy information as we look to upgrade our current automobiles with something newer.

On Thatcham Research’s infographic from on its website, it states how car theft has shifted since 1992 from physically stealing to digitally stealing. Between 1992 and 2013, car thefts dropped a whopping 89% where afterward they began to increase once again.

Their tests don’t just stop at car thefts themselves but also cover a gamut of other types of theft from wheels to in-car entertainment systems such as radios.

How can I check my ratings?

From the link listed above, you can scroll down to “The Ratings” headline and click on the Thatcham Research Security Rating link. After you end up on that page, it will display a page where you can make your selection of vehicles. 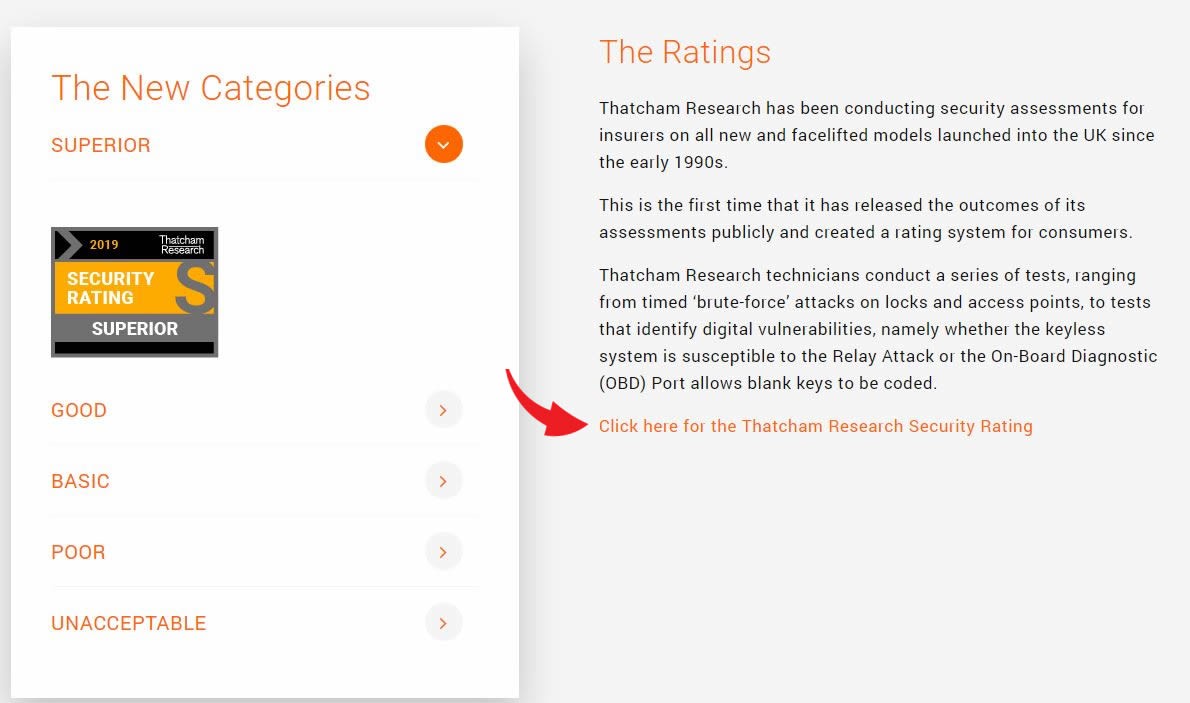 Let’s say you have for example a 2008-2011 Chevrolet Aveo and you want to check the rating of your vehicle. You click under the “Select” column and choose your vehicle details which will hopefully display something on the right under “Results.” I tried both a 2008 Aveo and 2016 Corvette and neither displayed results for me. 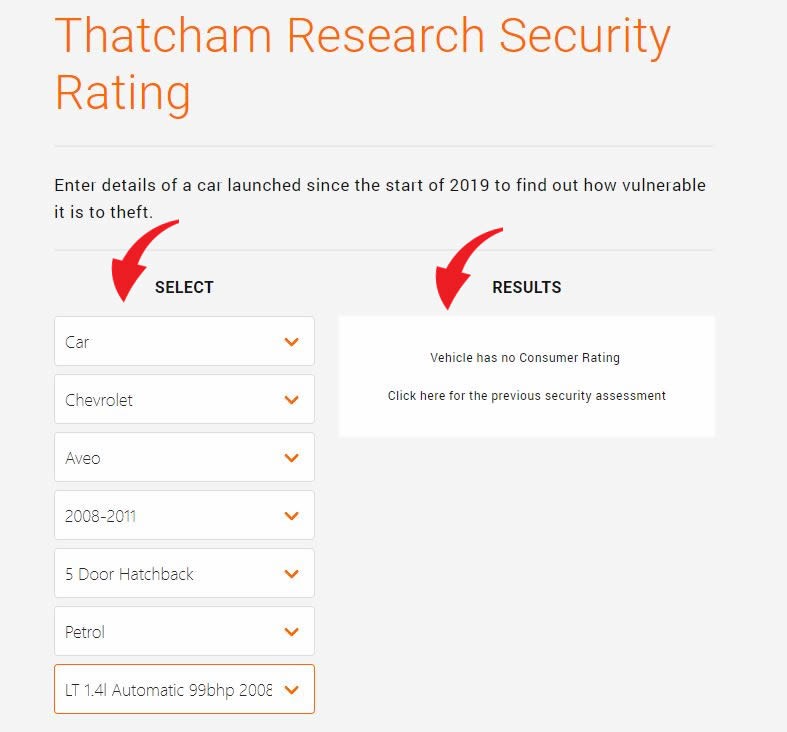 What is Thatcham Research’s goal?

Thatcham research seems to be working toward creating a standard influential badge much like the Carfax reports that caught on in the early 2000s.

The company wants to influence manufacturers to improve vehicle security and safety standards. By posting the results of this research, it helps you choose a vehicle which is designed to be both safe and secure for you and your comfort level.

Thatcham states that each vehicle is rated for security on a 5-Star scale with 1 star being the worst to 5 stars being the most secure. Thatcham also takes into consideration safety features such as seats/head restraints and their ability to prevent whiplash.

Good concept with some flaws

Now there is also another side to all this as well. By allowing this information out there, it can give criminals a roadmap to find the easiest cars to swipe. CEO Mike Hawes from the Society of Motor Manufacturers and Traders (SMMT) believes that security through obscurity is a better approach.

What to take away from all this

While the research and goals set forth from Thatcham Research are commendable, it may take some time to get both manufacturers and consumers informed and aware of this system. The information on the website is definitely interesting and something to work toward better safety standards, but it is very inconclusive in its variety of covered vehicles.

Nevertheless, criminals will always look for new methods of stealing cars and that means too consumers and manufacturers will need to stay informed on the future of vehicle security.