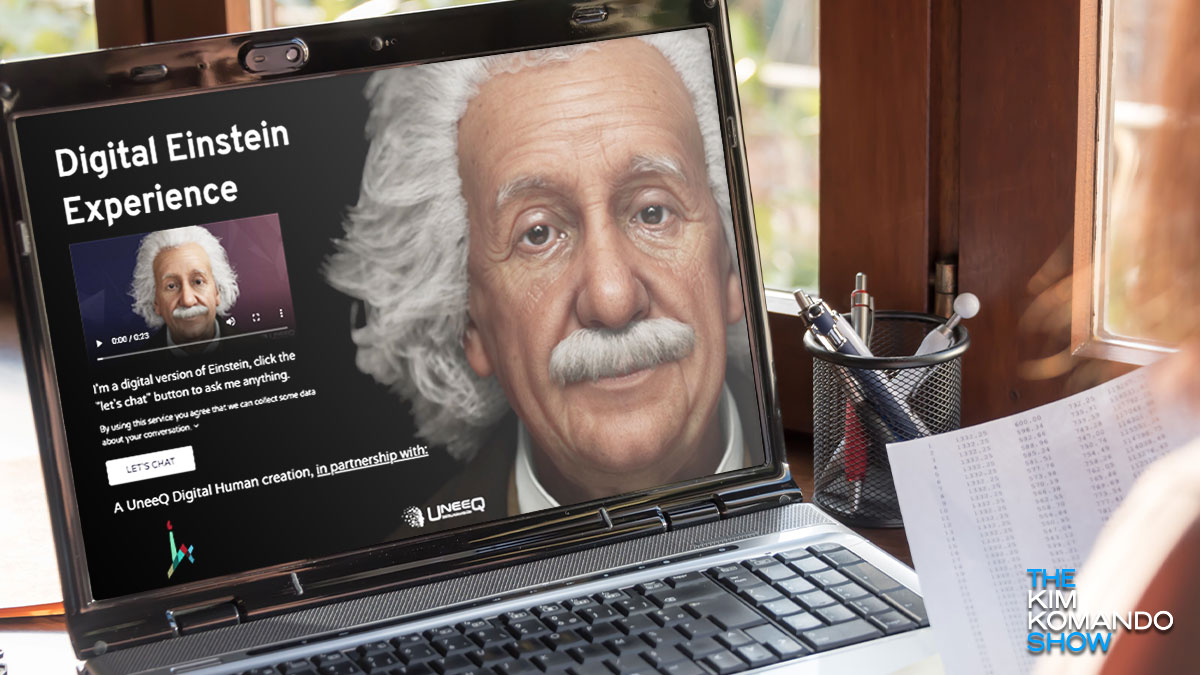 Throughout history, several great minds have furthered our understanding of the universe, mathematics and biology. Few had the opportunity to interact with them while they were still alive.

Digital representations of history’s most famous people aren’t anything new. When Richard III of England’s skeleton surfaced, a clay model detailed his facial features. Most recently, even the ability to animate old photographs had people flocking to family albums. Tap or click here to turn nostalgic family photos into lifelike videos.

But there isn’t a true substitute for communicating with prolific or great leaders. Or is there? A company has seemingly done the impossible, so if you ever wanted to talk to famed theoretical physicist and Nobel Prize winner Albert Einstein, now you can.

Digital Einstein was developed as part of the company’s UneeQ Companions. It’s a set of creations that people can interact with. While the bulk of its companions is used for customer services, the company explains that it can fill in the gap in human connections.

“While digital humans are not designed to replace human engagement, they’re able to augment human interaction, particularly in today’s disconnected and touch-free world. They’ve been found to negate people’s emotional roadblocks that deter many from confiding and trusting fundamental human interactions,” UneeQ explained in a blog post.

What can you ask Einstein?

The coding and development of Digital Einstein are strikingly accurate, but you can’t have a full conversation with him. After allowing access to your microphone, Einstein will give you a short introduction.

From there, you have the option to take his daily quiz, test his AI brain, learn about his life, or chat with another digital companion called Sophie. If your microphone is enabled, you can say your choice out loud. Otherwise, navigate the options with your mouse.

While his voice does have a distinctly Austrian-German accent, it is still without a doubt a digital representation. His mannerisms coded into the project seem accurate, but the text-to-speech does falter at times.

To test his AI brain, Einstein can answer any question about his life, or if you want to dig a bit deeper, he can answer questions on math, science or anything technical. Most of the questions that he’s pre-programmed to answer appear as suggestions on the bottom of the screen.

We don’t think it will replace human interactions and connections anytime soon, but it is still a fun experience.

What I Streamed And Liked: ‘The Extraordinary Genius of Albert Einstein’