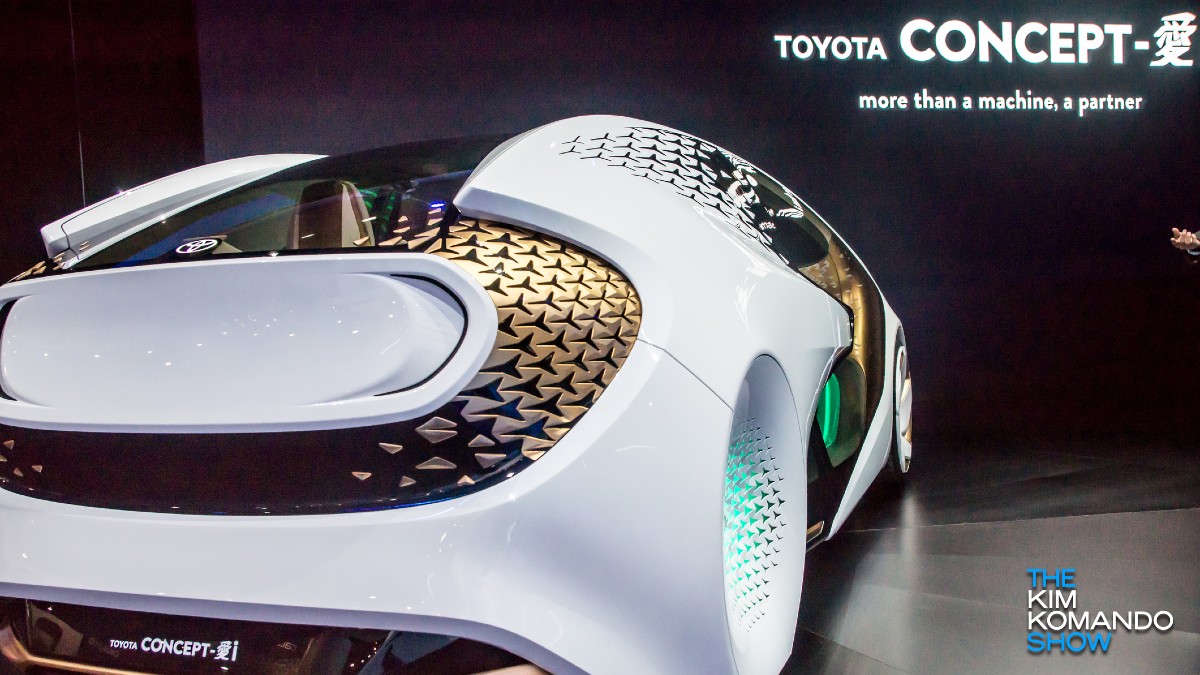 With CES now well underway, there’s been no shortage of stories about the technological wonders inside. From robots to smart toilets, you don’t have to look far to find a memorable or unique gadget on display.

And true to its reputation, CES hasn’t skimped on the weirdness this year. Items like home security drones, virtual people and toilet paper robots are just some of the highlights you can find on the showroom floor. Tap or click here to see our CES robot roundup.

Out of all the tech categories on display at CES, one has risen from obscurity to mainstay in just a short few years: car technology. Not only do companies show off the latest dashboards and car equipment at the convention, there’s even some killer concept models on display. These are just a few of our favorites.

CES is more than just futuristic TV sets and high-priced toys. Despite not having a major presence at the convention in early years, cars are now a common sight in the halls of the Las Vegas Convention Center.

And this year, the tech inside these vehicles is mind-boggling enough to turn heads. Here are some of the most notable entries on display this year.

That Sony? Well, it only seems like a natural evolution after branching from portable tape players to robot puppies. Tap or click here to learn more about Sony’s acclaimed robot dog, AIBO.

And true to form, Sony stole the show with their surprise announcement of the Vision-S concept at the end of its keynote. This sleek, futuristic sedan takes some obvious styling cues from Tesla and features an array of safety sensors that aim to make it one of the safest vehicles ever made.

And yes, it’s electric. Plus, it syncs with all your other Sony gear. No word on what Playstation compatibility will look like, though.

Mercedes-Benz reveals a new concept car, as well as the sequel to a little movie called ‘Avatar’

More than a decade ago, acclaimed director James Cameron created a movie that made a billion dollars before everyone forgot about it. Well, that movie was “Avatar,” and it’s apparently getting a sequel.

And based on concepts from this alleged sequel, Mercedes-Benz has revealed a concept car of their own: The VISION AVTR. Just like the fantastic planet in “Avatar,” this futuristic vehicle features an organic-inspired design and a comfortable cocoon-like interior.

Oh, and check out the crazy lights that cover the vehicle inside and out. It’s a shame this trailer wasn’t available in 3D.

Despite being overshadowed by Tesla’s industry dominance, Fisker is responsible for some of the most beautiful electric cars in recent years. And the company’s new Ocean SUV is no exception to this rule.

Unlike previous cars by Fisker, the Ocean has a secret weapon: its price point.

The starting MSRP is $37,499, which is already extremely cheap for a luxury electric car. But what kicks everything into high gear is the special sub-$400 lease offer that brings the out-the-door costs to $379 monthly and $3,000 due at signing. Plus, this is at a 30,000 mile yearly range.

Futurists have long claimed the overall goal of the “driverless car” is to create a transportation experience like that of riding with a chauffeur. You get in, you’re driven to a new location and you relax the whole way.

Now, LG has revealed its own boxy driverless concept that puts an emphasis on coziness. It even features snack and drink trays that flip out from under the seats. Imagine the stress we’d shed if this is how we took our morning commutes.

Alexa wants to roadtrip with you

Amazon isn’t about to let any company steal its thunder. In fact, the company has already made its breakout into the world of cars with its Echo Auto accessory. Tap or click here to learn more about it, as well as our other favorite car gadgets.

For CES this year, Amazon is touting an even deeper integration between vehicles and Alexa in the near future. One avenue discussed at the company’s event is a quote from a BMW executive on a potential partnership to bring Fire TV streaming to future cars.

Needless to say, we’d assume this applies to passengers rather than drivers. But drivers can still enjoy the benefits of Alexa thanks to the flexible hands-free controls it can offer with music and questions. Soon, it may even be able to adjust cabin temperatures, fans and more.

Bonus: A hit and a miss from Bosch and Segway

Of course, there are a handful of car-related entries that weren’t all that. One of the best examples is the bizarre S-Pod vehicle from Segway, which looks more like a supervillain chair than a realistic people-mover. At the very least, it’s got a landing gear like a little plane for when its time to stop rolling around on the sidewalk.

But Bosch has come up with a gadget so ingenious we can’t help but wonder if anybody thought of it before.

Bosch combined camera technology with a low-tech car feature to create an advanced video feedback system that blocks out the sun — and not your field of vision. Hopefully, this makes it into every car manufactured in the future. Driving into the sun is no fun at all.

Keep in mind that much of what’s shown at CES is purely conceptual. Many of these designs never make it past the version you’re seeing on display. But the technology here lays the groundwork for a wild future for drivers and passengers alike. Hopefully, it isn’t a bumpy ride there.