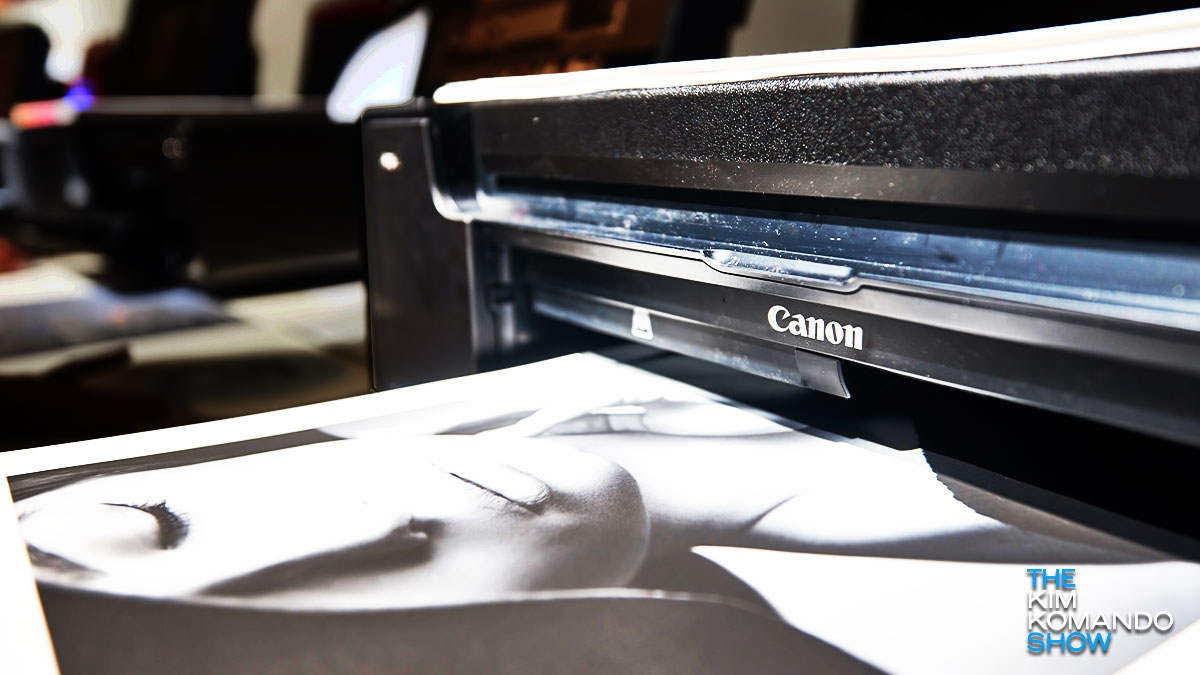 Technology is truly amazing — when it works. But for whatever reason, sometimes things don’t go as expected. Scratching your head over missing settings or weird behavior can be incredibly frustrating until a solution is found. Tap or click here for details on two major problems with Apple’s iOS 15.

Sometimes the correction that is needed turns out to be a simple one. A component was put in the wrong way, the device wasn’t turned on, or a loose wire wasn’t making a proper connection.

But then there are issues that no matter how much time you spend searching for the answer online, you can’t figure it out. If you have a Canon printer giving you sleepless nights, there could be a reason why. Read on for details on Canon’s bricking printer problem.

Setting up a small office in your home is a great idea, but you also need standard office equipment. A printer with a scanner is a good choice, but Canon printer owners are currently not very happy.

For many users, the all-in-one Canon printer is bricking for no apparent reason. Everything is connected that needs to be, and the device has power, but it’s not working correctly. They can’t even scan copies or send a fax.

It turns out that Canon disables several functions on the all-in-one printer when it runs out of ink. It has caused so much frustration that the company is now being sued over the lock-up.

The class-action lawsuit filed by David Leacraft refers explicitly to the Canon Pixma MG6320 all-in-one printer. He discovered that the printer refuses to scan documents or even send a fax when the ink runs out.

The filing at a U.S. federal court in New York last week states that Canon gives no indication this will happen. It also says the company should have known that their “representations and advertising regarding the all-in-one printers were false and misleading.”

The documents claim this has been a common design in Canon printers since 2016. It also alleges that it spans more than 20 different models.

According to Investopedia, the tactic is called the Razor-Razorblade Model. The main product is sold at a relatively affordable price, but the accessories or additional components needed to work are more expensive.

The suit has been steadily gaining traction with owners of Canon printers, as the current number of filers is over 100 members. The lawsuit is seeking $5 million in compensation and a demand for a jury trial.

It is unclear what the outcome of such a suit would be. It could also have a ripple effect on the printing industry as a whole. But if it succeeds, market speculations suggest that every owner of a Canon printer could receive compensation.

Forget the rest and go with the best

Brand loyalty is a huge deal, and Kim is always looking for the best tech for her listeners. That’s why she trusts our sponsor Epson and its fantastic line of EcoTank printers.

Epson EcoTank printers come with a ridiculous amount of ink right in the box — enough to print a whopping 6,000 color pages. And you won’t need to worry about bricking.

Check out Epson EcoTank printers at a Best Buy, OfficeMax or Office Depot near you, or shop online at Epson.com/EcoTankKim.